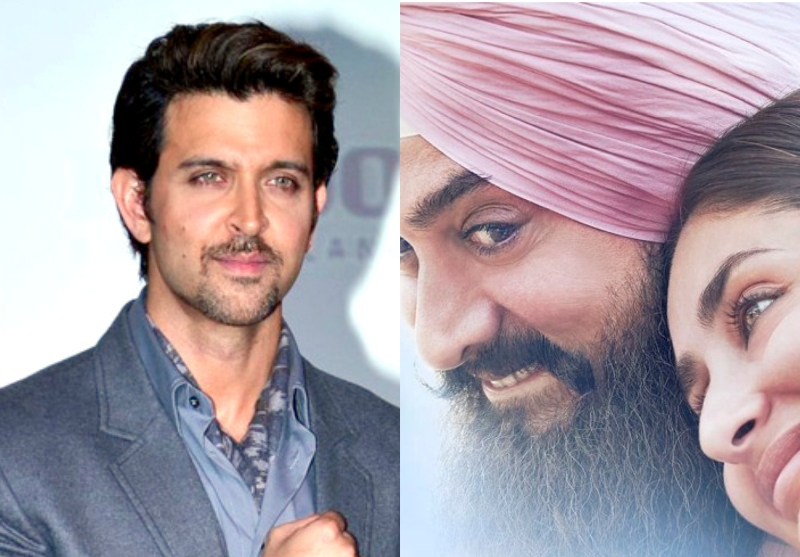 The most bizarre thing is the reason offered by a section of the Internet for the boycott trend.

The call for boycotting Hrithik Roshan and his film began after the actor gave a shout-out to Aamir Khan's Laal Singh Chaddha in his latest tweet.

In a tweet, Hrithik wrote: "Just watched LAAL SINGH CHADDA. I felt the HEART of this movie. Pluses and minuses aside, this movie is just magnificent. Don’t miss this gem guys ! Go ! Go now . Watch it. It’s beautiful. Just beautiful."

This all comes amid a boycott trend against Aamir Khan's Laal Singh Chaddha that began after a section of the Internet dug out Aamir Khan's 2015 interview, where he said that his ex-wife Kiran Rao had suggested they move out of India owing to "growing intolerance."

The film was released worldwide on August 11.

He has just given birth to a new hashtag #BoycottHrithikRoshan

Don't worry. We will boycott your future films too. #BoycottHrithikRoshan

Meanwhile, Vikram Vedha is a Hindi remake of the 2017 Tamil neo-noir action thriller of the same name, which was also written and directed by Pushkar-Gayathri. The movie, which was a success at the box and received rave reviews from critics, featured Madhavan and Vijay Setupathi in the lead roles. Other than Hrithik Roshan, it will also star Saif Ali Khan.