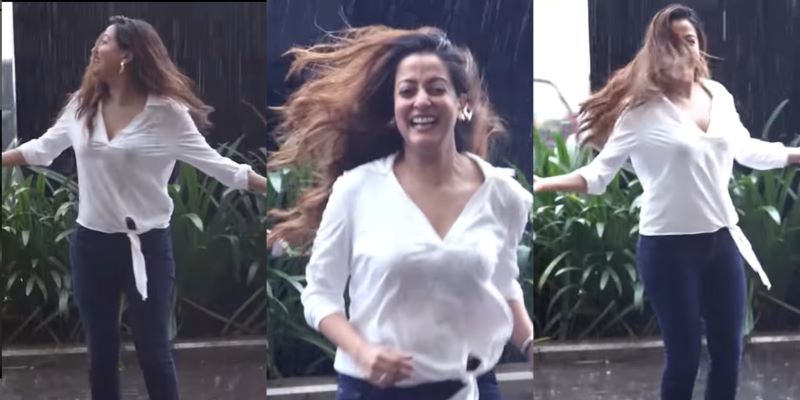 Raima Sen is in love with rain. Here's a proof

Kolkata/IBNS: Apart from acting, getting drenched in rain is probably the other thing Indian actor Raima Sen is in love with.

In a recent video, Raima is seen in no mood to shy away from the rain.

In the video, Raima is seen in a denim, a white shirt while soaking in the rain with the iconic Rim Jhim Gire Sawan song playing in the background.

Instead of writing more, Raima left a heart emoji in the caption box.

On the work front, Raima was seen playing a key role in the very popular Netflix web series Mai: A Mother's Rage, which released earlier this year.

Speaking to India Blooms on Mai success, the actor had earlier said, "I am very happy to be a part of a web show which has done so well after the lockdown. So for me, this was the biggest gift in 2022.

"That was my first release (after lockdown). So many people have watched it and I am still getting (congratulatory) messages. I am very excited."

Raima, a popular face in Tollywood, has also ventured into Tamil films.