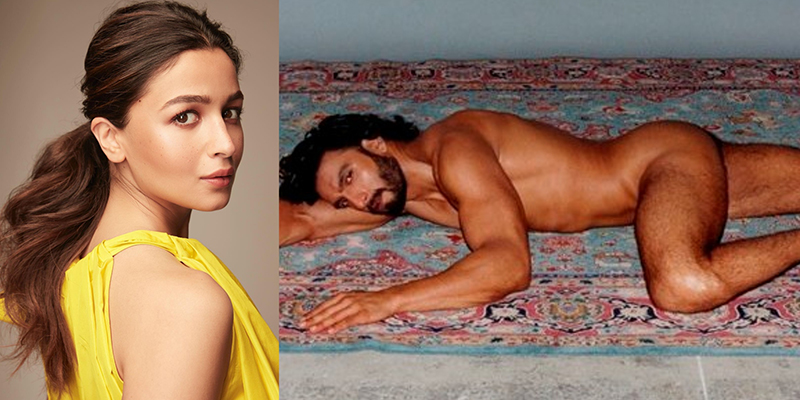 Mumbai/IBNS: Bollywood actor Alia Bhatt has come out in support of her 'Gully Boy' co-star Ranveer Singh, who was trolled for posing nude for the Paper Magazine photoshoot.

Alia, who is Ranveer's close friend, said, "I don't like anything negative said about my favourite Ranveer Singh."

"I can't even tolerate this question. I love him. He will eternally be favourite to every one of us actually. And, he has given us so much with his movies so we should only give him love," she added during the trailer launch of her upcoming film Darlings Monday.

Ranveer set social media abuzz with the pictures from his recent photoshoot for the Paper Magazine where he posed naked.

The popular Indian actor was seen in various poses in the cover photo.

In the interview with the magazine, Ranveer, when he was asked about nakedness, said, "It’s so easy for me to be physically naked, but in some of my performances I’ve been damn fucking naked.

Meanwhile, a police complaint has been lodged with the Mumbai Police against Ranveer for posing nude in the photoshoot.

The complaint has said the actor has hurt the sentiments of women.