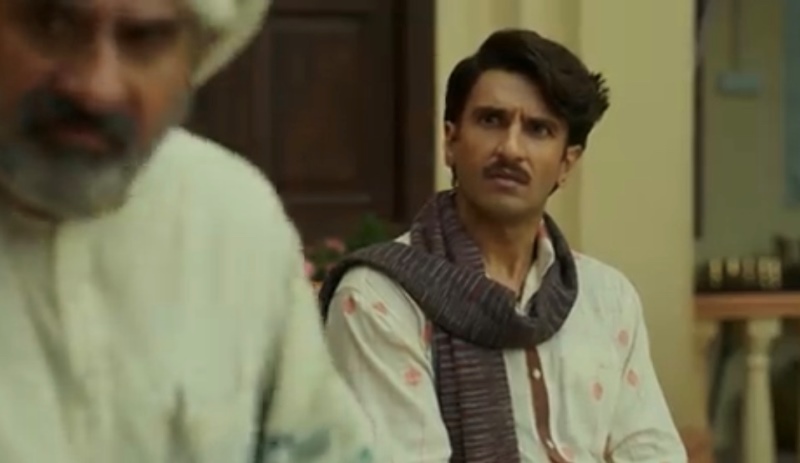 Bollywood actor Ranveer Singh starrer upcoming Hindi film Jayeshbhai Jordaar seems to be a powerful plot questioning some social issues and prejudices that need to be called out.

As the trailer was released by the makers on Tuesday, viewers find Singh as Jayeshbhai playing the son of a conservative village sarpanch, played by Boman Irani, trapped in the problematic society.

The first scene shows how the sarparch suggests a girl to use scentless soaps to avoid harassment by the young boys.

When a girl asks the sarpanch to ban alcohol, he says the scented soaps "arouse our boys", with a striking similarity with some of the speeches made by Indian politicians earlier.

Later, Singh has a face off with his family which wants a boy from his pregnant wife.

In the course of the trailer, several superstitions have been shown building up to Singh's struggle to save his yet-t0-be born daughter.

His struggle to resist his family's attempt to get the girl child aborted reaches a point where Singh even threatens to castrate himself.

Not just the serious issues, the trailer also gives a glimpse of wits and humour promising the audience an entertaining piece.

With a scentless soap in hand, Sharma said in an Instagram post, "Intrigued by the scentless soap and the special letter from #Jayeshbhai - curious to know what will unfold tomorrow!

In a protest against the issue shown in the trailer, actress Katrina Kaif posed with an unscented soap and shared a picture on Instagram where she said, "An unscented soap. A silent protest. A celebration of girl power! We need more men like #Jayeshbhai! Watch the trailer of #JayeshbhaiJordaar out now! @yrf @ranveersingh."Embed: https://www.instagram.com/p/Cch4xofNQb_/?utm_source=ig_web_copy_link

Jayeshbhai Jordaar, which marks the directorial debut of actor-turned director Divyang Thakkar, is slated for May 13.