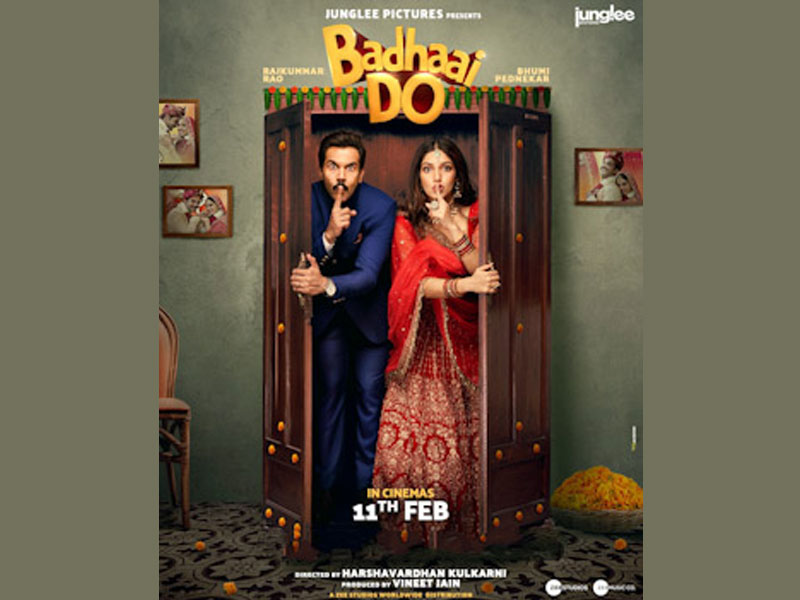 Mumbai: Rajkummar Rao and Bhumi Pednekar's upcoming release  Badhaai Do will hit the silver screen on Feb 11, a week later from its initial scheduled date of Feb 4.

The comedy drama film is jointly written by Suman Adhikary and Akshat Ghildial and directed by Harshavardhan Kulkarni.

The film produced by Junglee Pictures, that serves as a spiritual sequel of the 2018 film Badhaai Ho.

Meanwhile, the trailer of the movie was released on Tuesday.