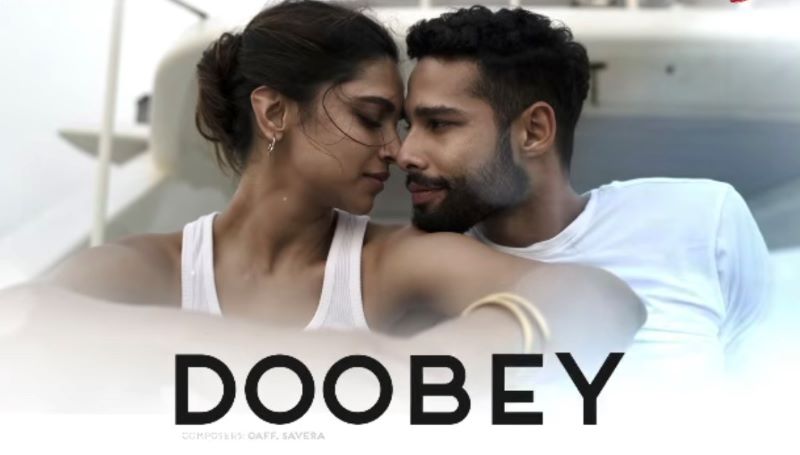 Bollywood superstar Deepika Padukone and actor Siddhant Chaturvedi drown into onscreen love for each other not giving much thought to their individual relationship commitments as captured in the 'Doobey' song from Shakun Batra's upcoming Hindi film 'Gehraiyaan'.

The song, which shows Padukone as Alisha and Chaturvedi as Zain making the most of their mutual attractions, is designed by Ankur Tewari and composed by Kabeer Kathpalia and Savera.

The film's trailer begins with Padukone's strenuous relationship with her partner leading up to her introduction to her cousin's fiance Zain, played by actor Siddhant Chaturvedi.

'Gehraiyaan' is scheduled for Feb 11 release on Amazon Prime Video.