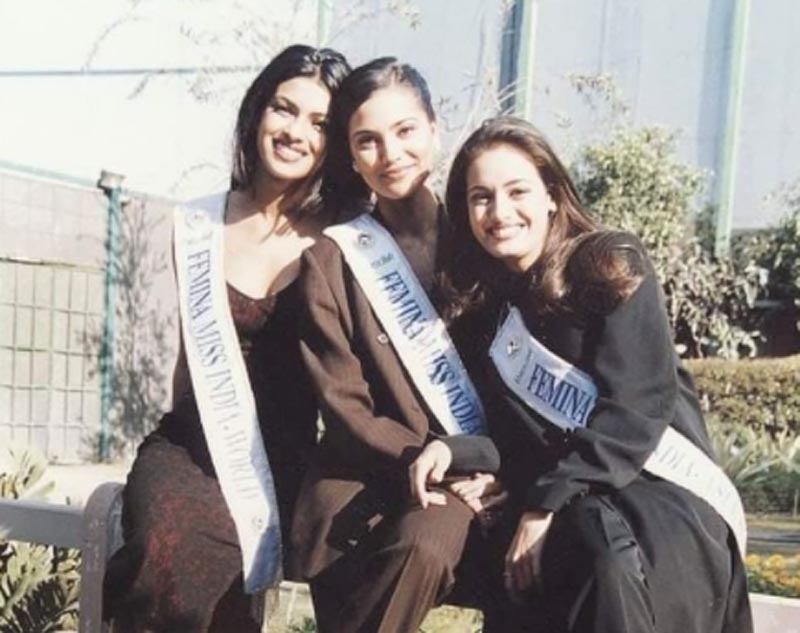 Mumbai: Dia Mirza  shares something in common with Priyanka Chopra and Lara Dutta as all of them had brought glory for India in 2000 by winning major beauty events.

Dia made her fans happy by sharing a throwback image on her Instagram page.

In the image, Dia could be seen sharing the space with Priyanka and Lara.

Dia captioned the image as: "Throwing it back to the year 2000 with @priyankachopra @larabhupathi."

It dates back to the Miss India days.

They were all Miss India winners that year.

Priyanka and Lara later made Bollywood entries together with the film Andaaz.