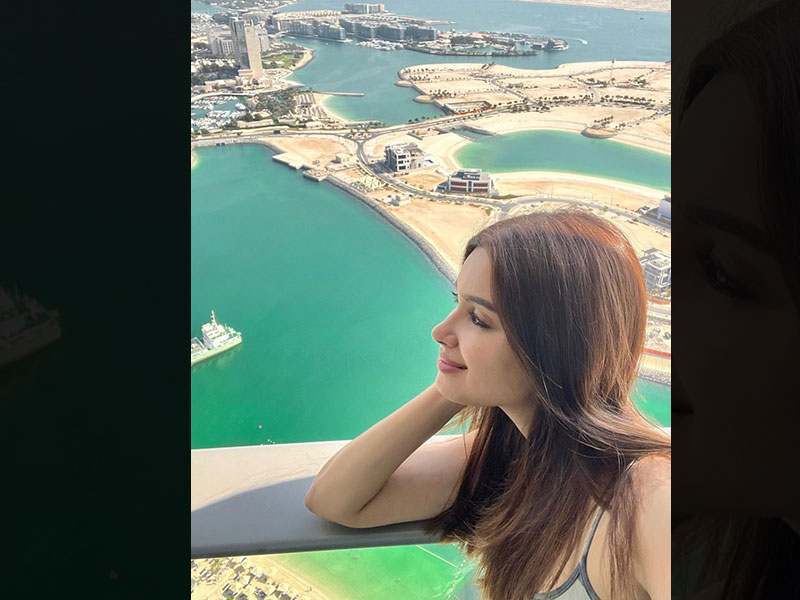 Diana Penty shoots in Abu Dhabi for untitled-next; shares a postcard from the city

Mumbai: With the teaser of Adbhut and the release of her first Malayalam film, Salute, on the horizon, actress Diana Penty has all our attention right now. After treating us with some scenic, Instagram worthy content from Shimla recently, the actress has now jetted off to Abu Dhabi for her next project.

Taking to her Instagram handle, Diana posted a stunning image of the city of Abu Dhabi. The caption wrote, "Woke up to this beautiful view of Abu Dhabi." While there hasn't been any official announcement yet, our sources have revealed that she is shooting her soon-to-be-announced film in Abu Dhabi.

A source revealed, "Diana Penty has a packed calendar with back-to-back shooting slates this year. Currently, the actress is working on an untitled project in which she plays an interesting character and audiences can expect a surprise in a never-seen-before avatar."

From the looks of it, cine lovers and Diana’s fans are in for a treat as she has a number of interesting, diverse projects in the pipeline. The actor makes her Malayalam debut in “Salute" starring alongside Dulquer Salmaan, but what has most people intrigued is the supernatural thriller, “Adbhut”. One wonders what character she plays in that! Well, we will know soon! Here’s wishing the lovely actor all the very best!