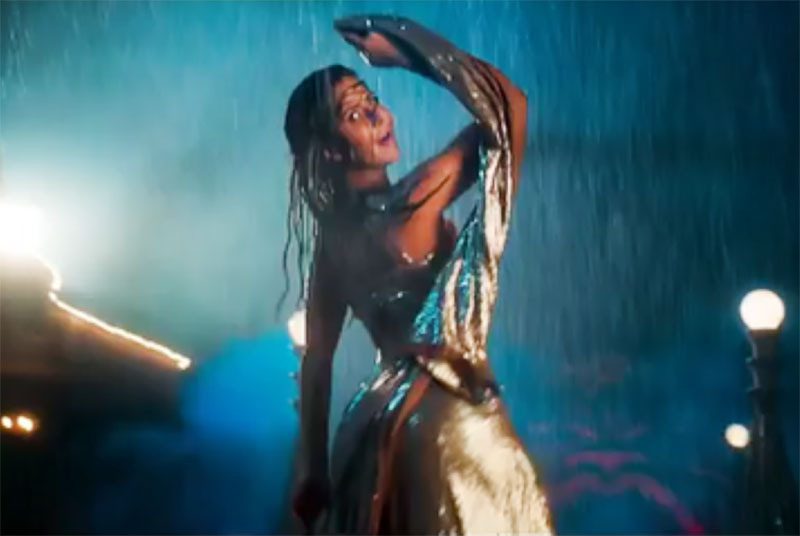 Now Kaif has shared a scene from the shooting, raising the temperature further on social media.

Dressed in metallic saree, Kaif left no stone unturned to look attractive and sizzling while dancing in fake rain on the set.

Sharing a clip, the actress wrote on Instagram, "It’s sure was rainy voice of my @farahkhankunder."

Earlier, Kaif was elated as the song crossed 20 million views on a single day.

She had said, " 20 million + views. #TipTip is the most watched video worldwide in the past 24 hrs. Trending now on Youtube !"

Sooryavanshi, which has been directed by Rohit Shetty, released on big screens last Friday.