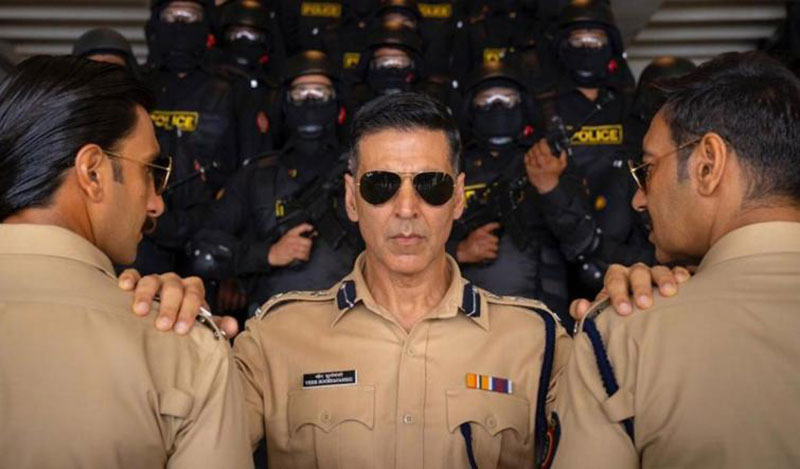 Now it's showtime: Team Sooryavanshi gears up for film release

Mumbai/IBNS: The lead actors of upcoming Bollywood film Sooryavanshi are gearing up for the film's release which was stalled for a long time due to COVID-19 pandemic and subsequent lockdown.

The film will release on Nov 5.

In a video, Akshay Kumar, Ajay Devgn and Ranveer Singh were heard saying, "We never thought intervals would come in our lives just like films... Now the theatres will come alive..."

Sharing the post, Akshay said on Instagram, "Interval hua khatam, now it’s showtime! #Sooryavanshi releasing this Diwali, 5th November at a cinema near you. Come celebrate with us."