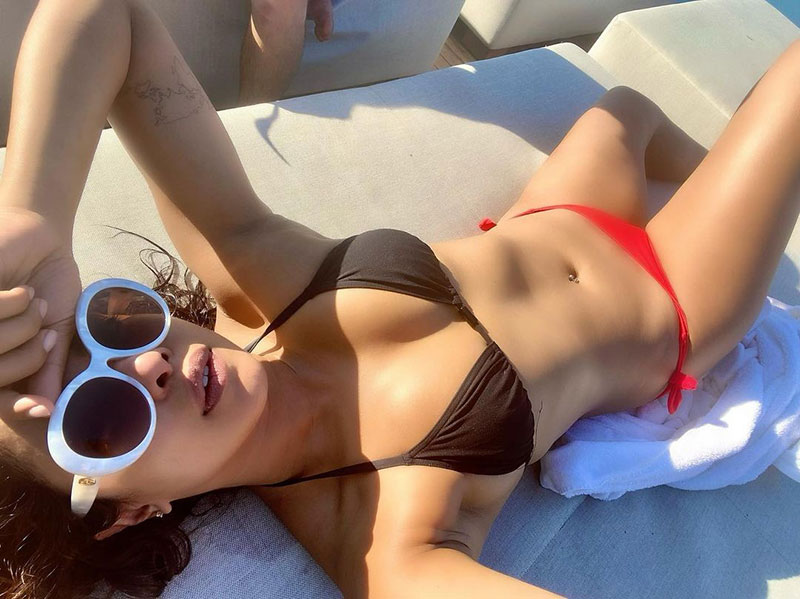 Mumbai/IBNS: International actress Priyanka Chopra Jonas is giving Sunday goals to her fans and followers by sharing on social media how she spent the day.

Priyanka shared a picture on Instagram where she can be seen sporting a black and red bikini spending some gala time.

She captioned the picture saying, "Sundays like this tho…"

In another post, Priyanka and her singer husband Nick Jonas can be seen enjoying their time together on a sunny day.

Nick in the picture is seen holding up a knife and fork to her butt.

Priyanka, who is a popular Hindi film actress, captioned the picture saying, "Snack."

On the work front, Priyanka will return to Hindi films with Farhan Akhtar's Jee Le Zaraa, which will also star Katrina Kaif and Alia Bhatt in the lead roles.