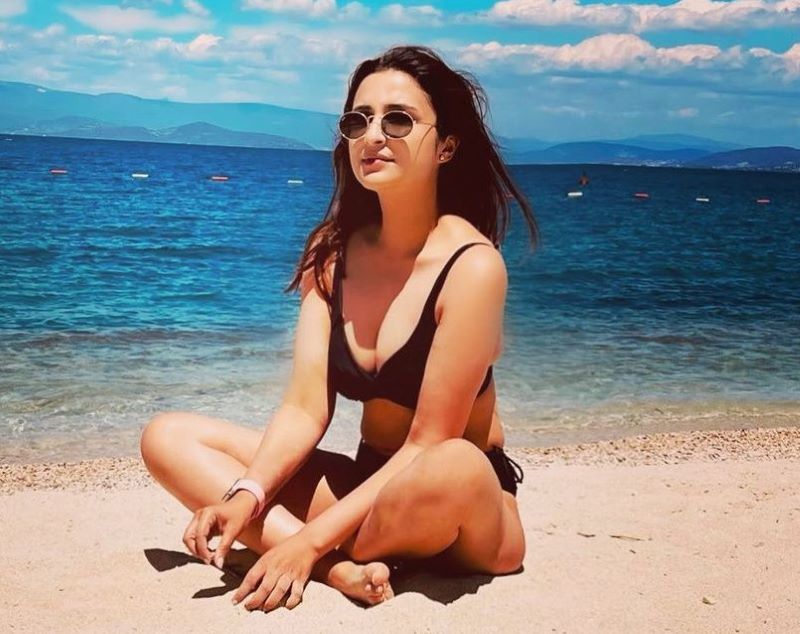 Mumbai/IBNS: Bollywood actor Parineeti Chopra, who is buoyant by the response of fans to her recent films, seems to be enjoying her vacation in Turkey to the fullest.

Recently, she took to Instagram to share a picture where she can be seen enjoying some beach time, wearing a black bikini.

In the caption, she said, "I was doing Pranayama before this photo. 🧘‍♀️ Ok thats a lie."

Parineeti's recently-released films are The Girl on the Train, Sandeep Aur Pinky Faraar and Saina.

She is praised for her acting in all the three films.