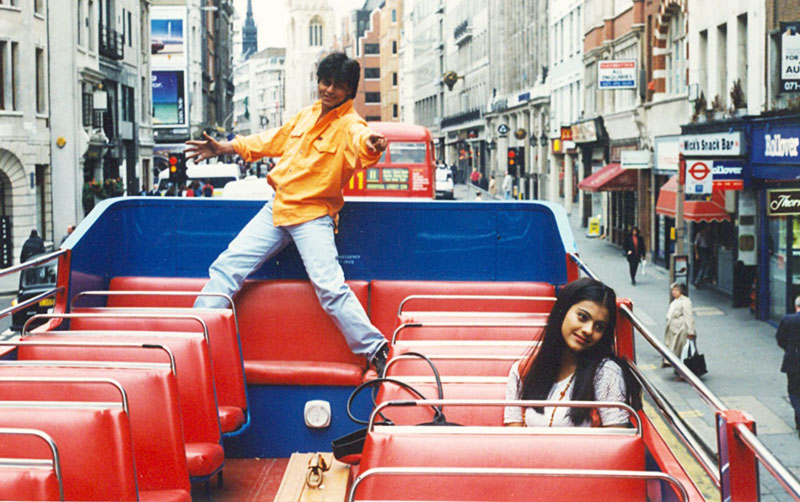 London: Heart of London Business Alliance on Monday revealed the latest statue to join Leicester Square’s ‘Scenes in the Square’ movie statue trail will be of the king of romance, Shah Rukh Khan, alongside his co-star Kajol, from their film Dilwale Dulhania Le Jayenge.

This will be the first ever long-term Bollywood statue erected in the UK. The announcement, thus, marks the 25th anniversary of Indian cinema’s most loved film, DDLJ, and also coincides with the big 50th year celebrations of Yash Raj Films.

Written and directed by debutant Aditya Chopra, DDLJ shattered all box office records and is one of the biggest all-time blockbusters in the history of Hindi cinema. It also went on to become the longest-running Hindi film of all time! DDLJ is also the winner of a record-breaking (at the time) 10 Filmfare Awards and the film literally changed the face of Bollywood globally.

Thus, total collections stood at 102.50 crore worldwide in 1995! In today’s inflation adjusted value, DDLJ’s collection stands at a staggering 455 crore in India and 69 crore in overseas territories, taking the total worldwide collections to a phenomenal 524 crore! 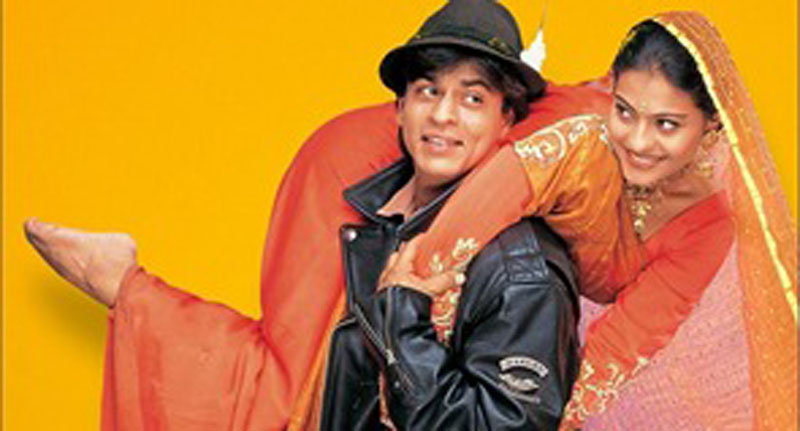 The statue is set to be unveiled in Spring 2021, when organisers hope that its stars Khan and Kajol will be able to travel to unveil the statue in a special celebratory event.

The location couldn’t be more fitting, as Leicester Square featured in DDLJ in a scene when Raj and Simran first cross paths, albeit unbeknown to one another. Fittingly, the scene features two of the square’s cinemas prominently, with Raj seen in front of the Vue cinema, and Simran walking past the Odeon Leicester Square. The new statue will be positioned along the eastern terrace, outside the Odeon cinema, honouring this scene. Other London locations featured in the film include Horseguards Avenue, Hyde Park, Tower Bridge and King’s Cross Station.

The statue will join nine other film icons from the past 100 years, eight of which were unveiled in late February and recently granted longer term residency by Westminster Council to remain in Leicester Square until at least July 2023. In September a statue of Harry Potter also joined the original line up, while visitors can still encounter Laurel & Hardy, Bugs Bunny, Gene Kelly in Singin’ in the Rain, Mary Poppins, Mr. Bean, Paddington and iconic DC Super-Heroes Batman and Wonder Woman.

Mark Williams, Director of Destination Marketing at Heart of London Business Alliance, says: “It’s fantastic to be adding such titans of international cinema to our trail as Shah Rukh Khan and Kajol. Dilwale Dulhania Le Jayenge is one of the most successful and important Bollywood films of all time, and it’s exciting to be able to bring to the trail the first film that actually features Leicester Square as a location. This statue is a fitting tribute to the global popularity of Bollywood and the cultural bridges that cinema can help build, and we’re in no doubt it will attract fans from all around the world.”

Avtar Panesar, Vice President of Special Projects at Yash Raj Films, added: “When Dilwale Dulhania Le Jayenge was released 25 years ago, it changed the face of the industry and captured the hearts of everyone who saw it. We’re thrilled to be able to announce this statue, and to be the first film of Indian origin to be represented in ‘Scenes in the Square’. We are honoured that these Bollywood superstars have been recognized alongside the Hollywood elite, from Gene Kelly to Laurel & Hardy, and this is a great way to express the international appeal of cinema.”