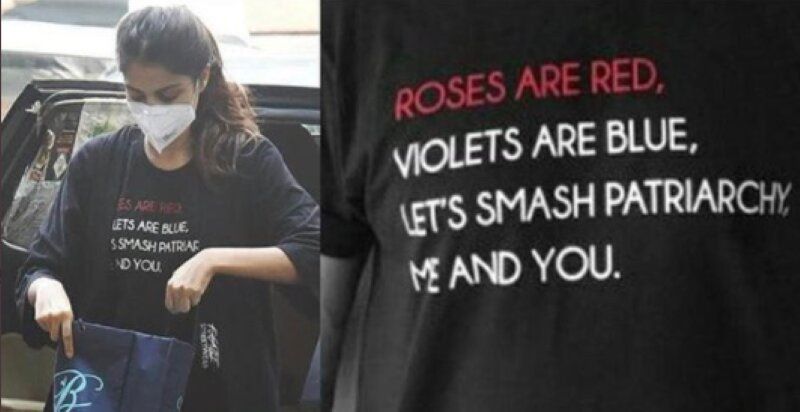 Mumbai/IBNS: Actress Rhea Chakraborty's arrest in the death case of Sushant Singh Rajput has triggered a parallel debate on "patriarchy" on social media, besides the hashtag demanding justice for the late actor.

While visiting the Narcotics Control Bureau (NCB) office, Sushant's girlfriend Rhea, who is in the eye of the storm and the prime accused in the death case, on Tuesday wore a dark-coloured T-shirt with a message, "Roses are red, violets are blue, let's smash the patriarchy, me and you." 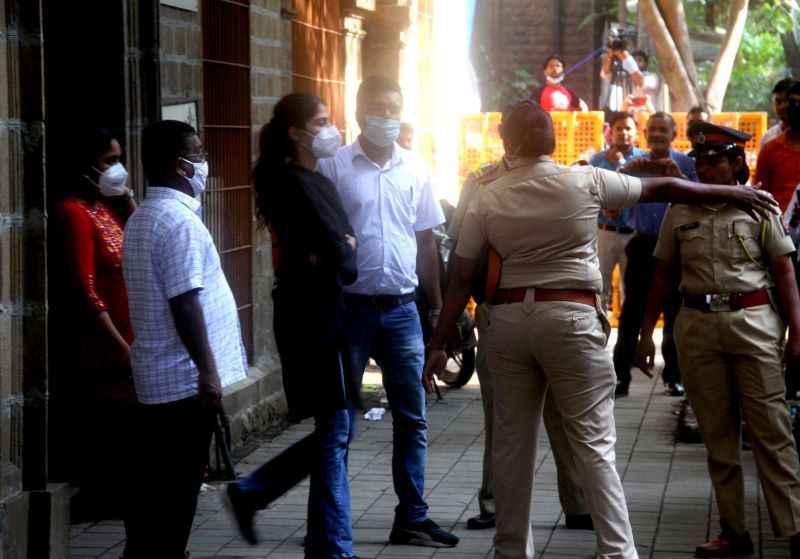 As the line on patriarchy flashed on television screens, several Bollywood personalities took to social media to share Rhea's T-shirt message, indirectly claiming the actress was a victim of the so-called patriarchal society.

Sonam Kapoor wrote, "Everyone loves a witch hunt as long as it's someone else's witch being hunted. Walter Kirn."

Everyone loves a witch hunt as long as it's someone else's witch being hunted. Walter Kirn

A post shared by Sonam K Ahuja (@sonamkapoor) on

The message has also been shared by Rhea's childhood friend Shibani Dandekar as well as Dia Mirza.

A section of social media users came out in support of Rhea on Sunday after she was mobbed by journalists on her way to the NCB office. Many have also considered Rhea as a victim of the media trial.

As per NCB sources, Rhea, who had earlier denied consuming drugs during television interviews, has confessed to do the same along with Sushant.

After quizzing the actress for three consecutive days, the NCB on Tuesday arrested Rhea whose bail was later rejected by the court.