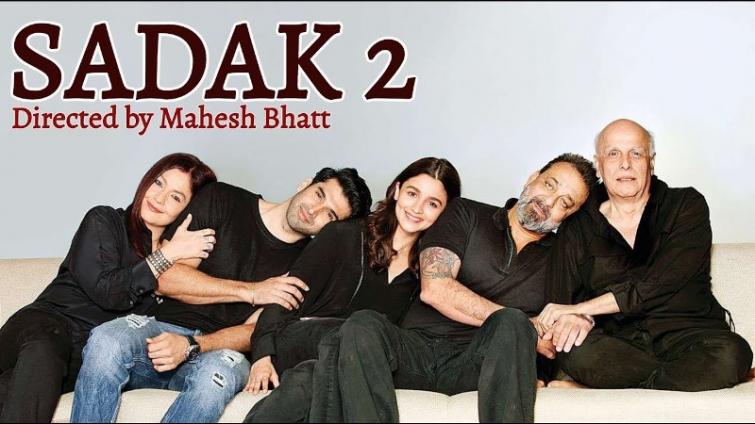 Mumbai/IBNS: In the backdrop of the nepotism debate which was triggered by Sushant Singh Rajput's suicide, the trailer of filmmaker Mahesh Bhatt's upcoming Hindi film Sadak 2 was 'disliked' by more people than liked on YouTube but it has trended at number one on the online platform.

The trailer, which was released by the makers a couple of days ago, has so far been disliked by 85 lakh people as opposed to the likes by 4.6 lakh.

In this context, one user wrote on Twitter tagging actress Pooja Bhatt, "Hey @PoojaB1972, Don't worry about the Haters . After 4.2M Dislikes, Yet Sadak 2 is #1 on trending . Best wishes for the movie."

In reply, Pooja said, "Am absolutely not! Lovers/Haters two sides of the same coin. Gotta hand it to both for giving us their valuable time and making sure we are trending." 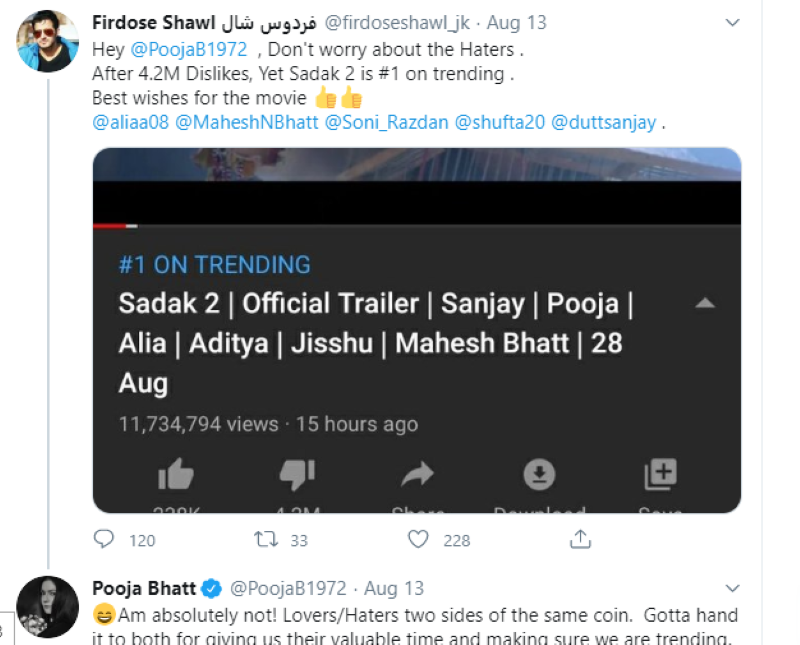 Alia and her father Mahesh Bhatt were slammed for encouraging nepotism, favouritism in the Hindi film industry after Sushant had committed suicide at his flat in Mumbai's Bandra on Jun 14.

Not just the social media users, actress Kangana Ranaut had called out Bollywood biggies including Alia and her father for allegedly leading Sushant to take the extreme step.