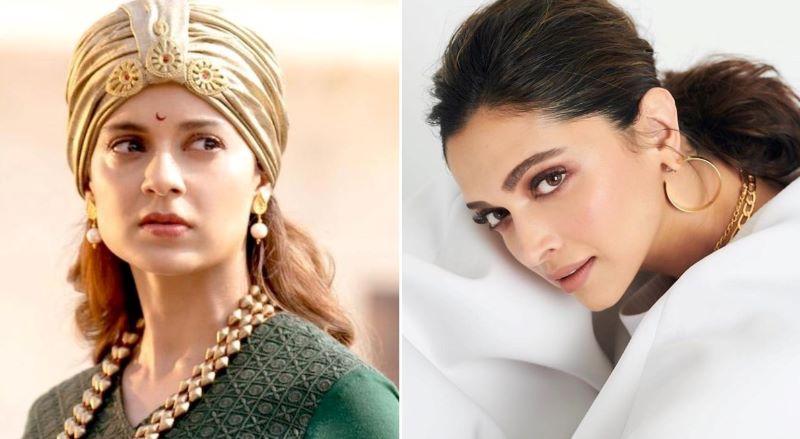 Mumbai/IBNS: After hitting out at a number of film personalities over actor Sushant Singh Rajput's death, the digital team of actress Kangana Ranaut has now taken a dig at Bollywood superstar Deepika Padukone over her mental depression.

Deepika years ago had openly discussed how she was suffering from mental depression in the middle of her film career.

Sushant, a 34-year old actor, had committed suicide at his flat in Mumbai's Bandra on Jun 14.

Apart from the Bollywood biggies, Kangana had also slammed actresses Taapsee Pannu, Swara Bhasker and Richa Chaddha, who do not have a lineage in the industry, during her fierce attack on nepotism.

Kangana in an interview with PinkVilla had said, "It is so sad. I do not know what to say because I have been in their place. People who come from outside, I have said it in my earlier interviews as well, we (outsiders) do not have the comfort of our parents’ houses. I am not Anil Kapoor or Mahesh Bhatt’s daughter.

"Or when you talk about Swara Bhasker, Taapsee Pannu or Richa Chadha, I understand they have bills to pay for their house; everybody is not and doesn’t want to live the kind of life I aspire. So, I do understand where they’re coming from and there are a lot of pressures."

Hitting back at Kangana, Taapsee told CNN News 18, "I am okay with people calling me names, I can’t change their thinking. But you can’t discredit my hard work, just because I don’t follow the same rules. That doesn’t make me inferior in any way.

In a recent development, Sushant's father KK Singh has filed a First Information Report (FIR) against his late son's actress girlfriend Rhea Chakraborty in connection with the suicide of the onscreen MS Dhoni.

KK Singh has brought serious allegations against Rhea for allegedly threatening his son, financially exploiting him and giving wrong medicines for mental illness.