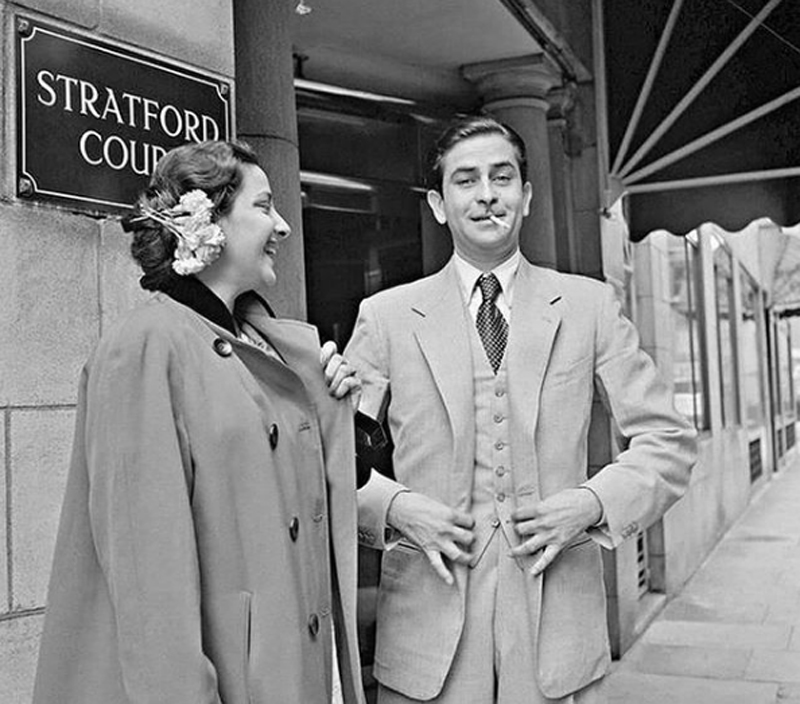 In the black and white image, Raj Kapoor could be seen sharing a light moment with Nargis.

The image looks interesting as Nargis and Kapoor could be seen posing in front of the camera against the backdrop of the 'Startford Court'.

Kapoor looked handsome in his suit.

He also sported a cigarette in his mouth, adding to the retro flavour.

Beside him, Nargis looked gorgeous as she sported a trench coat and looked at Raj Kapoor with the evergreen smile on her face.

Raj Kapoor and Nargis were often linked together and he is said to have had an affair with the yesteryear leading lady of Bollywood.

Some media reports claimed the image might have been clicked at a time when the duo had visited London to shoot for the film Andaz.

The 1949 movie was directed by Mehboob Khan.

The film featured Dilip Kumar, Nargis and Raj Kapoor in a love triangle, with Cukoo and Murad in supporting roles.