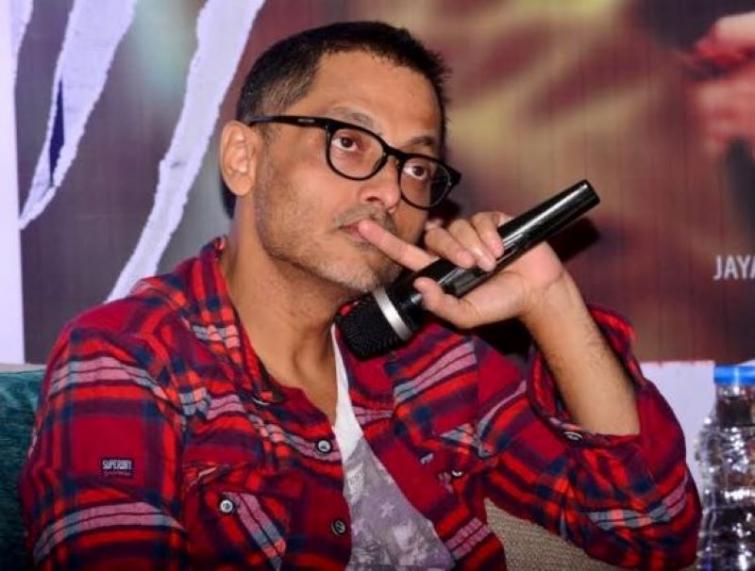 One should not be on a film set if he or she is not loyal to the film: Sujoy Ghosh

Filmmaker Sujoy Ghosh was the guest at an afternoon in Ek Mulakat organised by the Prabha Khaitan Foundation in the lockdown days. Ghosh in a candid conversation with another filmmaker, Arindam Sil, spoke about Covid-19 world, lockdown and of course upcoming Hindi film Bob Biswas which is directed by her daughter Diya Annapurna Ghosh. India Blooms correspondent Souvik Ghosh brings excerpts

After directing ‘Jhankaar Beats’, you did ‘Home Delivery: Aapko… Ghar Tak’. We are presently in a situation where we need everything delivered at home.

I don’t think in my wildest dreams, I had imagined anything like that. We are in a situation where all of us are affected and clueless about what is happening. I wish this will also pass and this is an experience which I would have preferred through films rather than going through myself. 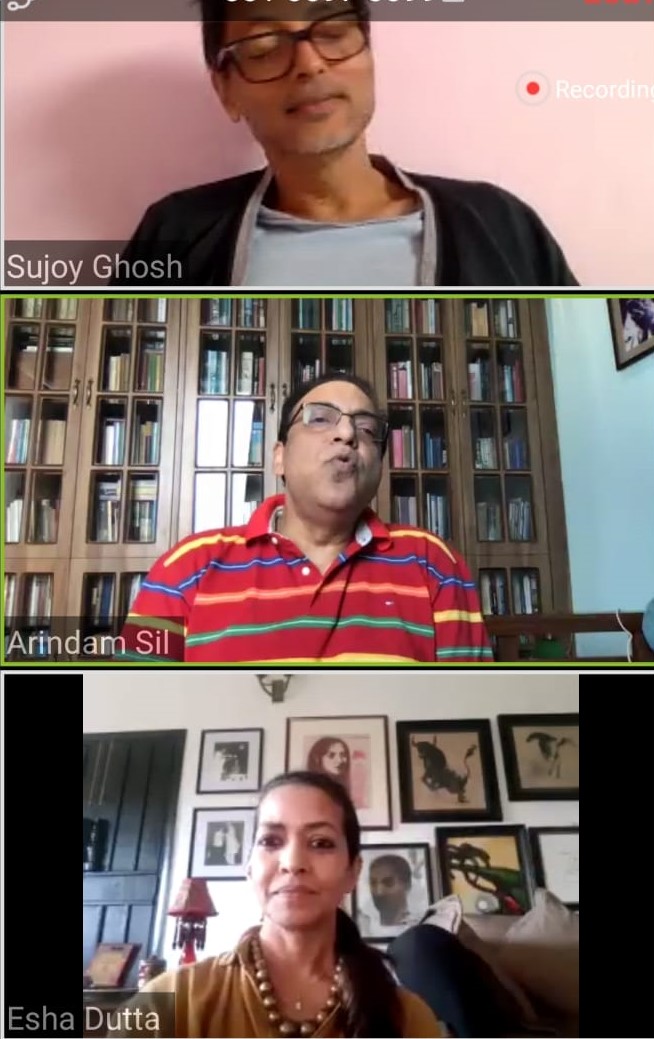 I had an opportunity to shoot a film in Kolkata during the lockdown. It was such an eerie experience with deserted streets with all shops closed and devoid of people.

It is sad to say that we are privileged to have some savings but there are people who depend on their daily wages to make a living. I am scared. If I was in their situation, I wouldn’t have known what to do.

How many days of shooting were left when you had to stop the shooting of Bob Biswas, of which you are an executive producer, due to Coronavirus outbreak?

Ten days were left. By then, we were all a little worried and concerned. As a producer, one is responsible for the safety and the wellbeing of the people on set. We wanted to finish the shoot because the money which was invested (by Red Chillies Entertainment) was hard-earned money. Red Chillies was very understanding. 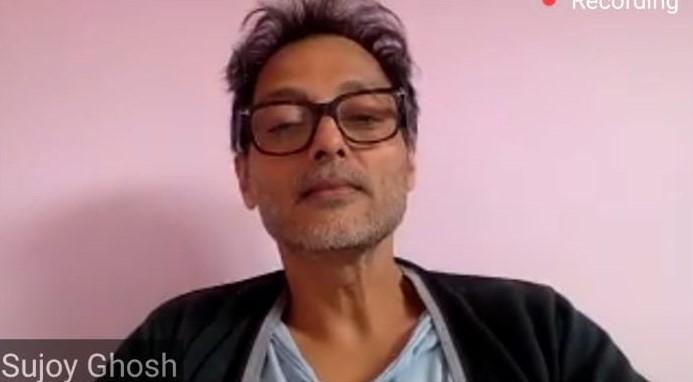 Despite your success, we always see you maintaining your individuality. Does that come from your humble background?

I don’t know. But most of us who have been born and brought up in Kolkata have learnt very early in life that nobody is going to hand you (serve anything) on a plate. So one has to work, compete and fight for it in a good sense. No one can take things for granted and that has been embedded in us. So I don’t expect things to happen the way I wanted. I will work for it. But if it doesn’t happen, I am okay with it because I have not always tasted success in my life.

Unlike many other directors, you take three-four years to come up with a new film.

The problem is I write my script and it takes a while to do it. I don’t know how to direct a film, the script of which is not written by me. I don’t know the technicalities of directing. So I feel I direct better if the script of my film is written by me. Hence I get little carried away by writing. It takes a longer time. That’s why there are longer gaps in between (my films).

You are finicky about casting and location. Is it true that you don’t like any actor to have a high-handedness?

Yeah, in a way it’s true. But I don’t know if there is any other way of working because nobody including me is above the film. One should not be on a film set if he or she is not loyal to the film. And that includes me also. 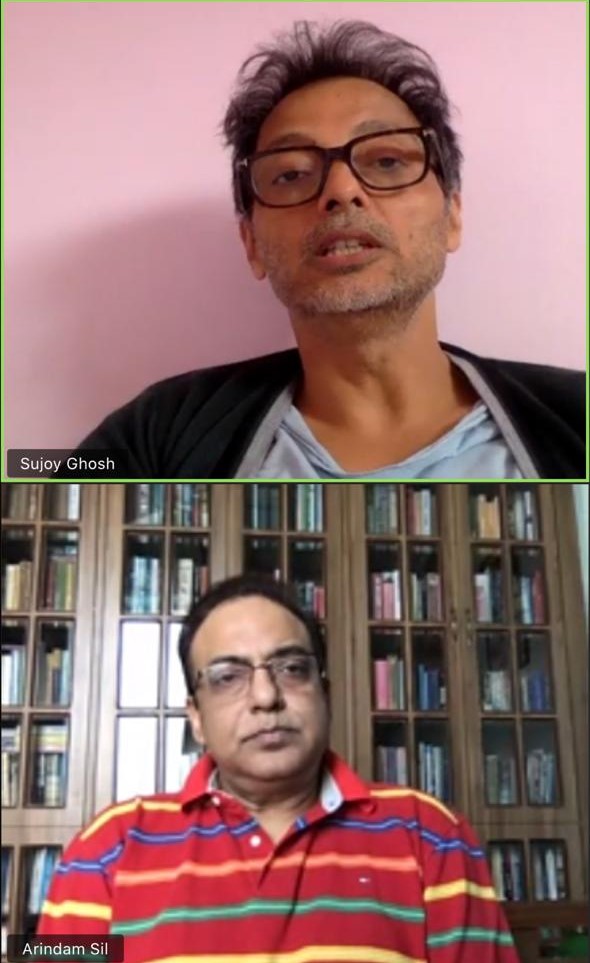 Since you wrote Bob Biswas which will not be directed by you but your daughter, do you fight with her on set?

I am very good as a producer but as a writer, I am the most horrible person to be present on a film set. One should never have me as a writer on set. I realised one can make something better from my script. This realisation is quite interesting. One will have to accept that there are people who are better than him (smiles).

There remains absolutely no tension on your set. You don’t let the tension pass on to your actors.

One shouldn’t also do that because I always believed that one, irrespective of the work he does, must get up in the morning and look forward to going to work. And as a part of a film be it as a director or a producer, it is our responsibility to make a happy environment.

Talk about Vidya Balan. I know you are very possessive about her.

Vidya has never forgotten her origin. She (Vidya Balan) was the source of inspiration for everybody during the shooting for Kahaani. She had finished her shooting two days before the wrap up. We had to shoot the last two days without her. It (the shooting atmosphere without Balan) was like somebody had died. Vidya behaves well with people and she makes one feel good about himself.

How was your experience of working with Abhishek Bachchan?

I think Abhishek is amazing. I am working with him as a producer and a friend. His delivery is pretty amazing. He is a very nice person to work with. We will make it up for any deficiency on set because we are happy working together. And as an actor, he is phenomenal. His dedication has gone to  another level. He is the new-age actor now. He is Abhishek 2.0. He is a great fun and I am a little jealous that Dia is getting that (smiles).