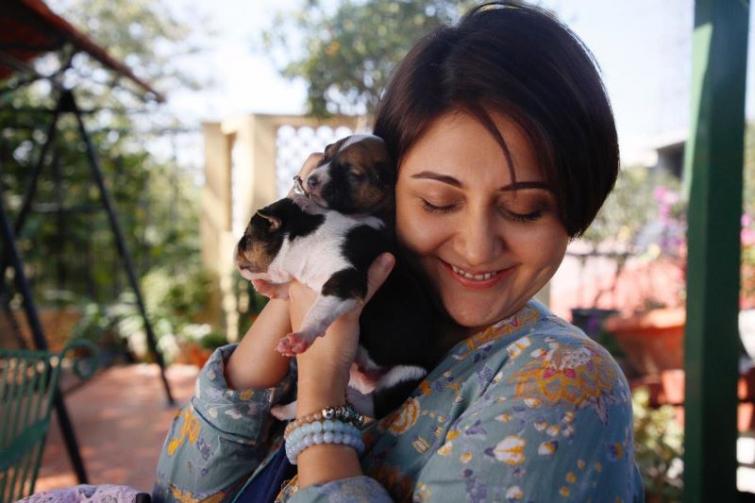 Censor board on OTT will be disaster, says Swastika Mukherjee basking in Pataal Lok success

Actress Swastika Mukherjee played the role of a troubled wife who is nearing 40 in Hindi web series Pataal Lok premiered on Amazon Prime Video recently. Amid the massive success of the web series which has been produced by Bollywood star Anushka Sharma's Clean Slate Films, India Blooms correspondent Souvik Ghosh caught up with Mukherjee in an exclusive interview where the actress spoke about Pataal Lok, Bollywood and more

How did you come across the 'Pataal Lok' script?

Initially when I gave the audition for Dolly (Dolly Mehra, Mukherjee’s character in 'Pataal Lok'), I had very little information. I heard the script of the series after my audition was liked very much. So initially when I heard about the series, it was completely 'need to know' basis. Later on when I was a part of the show,  I got everything in detail including the character of Dolly, her scope, the episode and the scenes. So we didn’t know a lot about Dolly other than the fact that she is a ‘dog-person’ and is in a complicated marriage. 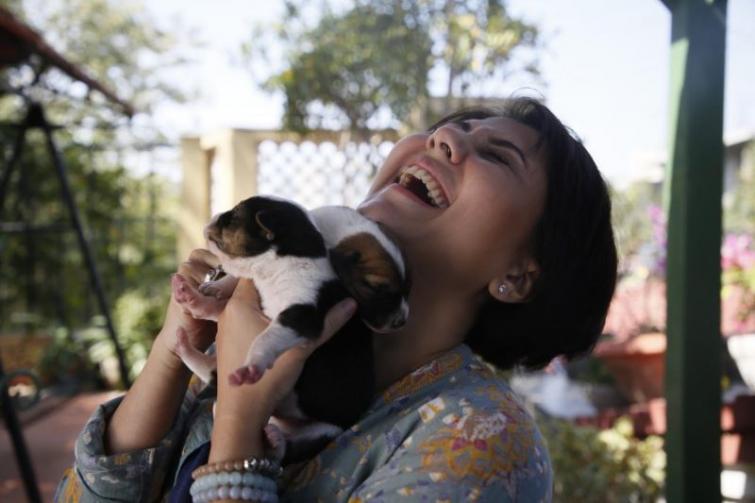 After portraying multiple types of characters in your career over the years, how do you approach to a new character now?

I don’t think I have actually followed any process ever in my life as far as my work is concerned. Of course for Dolly, I had to go through some research work because for her anxiety issues, as we generally don’t get to know about mental health problems. I am very intuitive, so I really can’t have so many calculations or setting of crafts of the characters in my mind.

You have been in Bengali film industry for almost 20 years now and also acted in several Hindi films besides Bengali web series. Is Hindi web series the next destination for you? Do you plan like this?

No I don’t have any plans actually. It was not a very calculated move to do a bit of work in Bollywood. I do want to work outside Kolkata and the Bengali film industry. I want to work in other languages. I want to grow as an actor and for that moving out of comfort zone is very important. Since I have been a part of commercial as well as art films, web series, contemporary ‘sensible’ films, I really have to be very choosy when I am working in Kolkata because I don’t want to repeat myself. So I really have to give a lot of time for those scripts to come to me which will really excite me as an actor and give me something that I have not done before. But also the amount of works that happen in the Bengali film industry being a regional one, is less than Bombay (Hindi film industry). 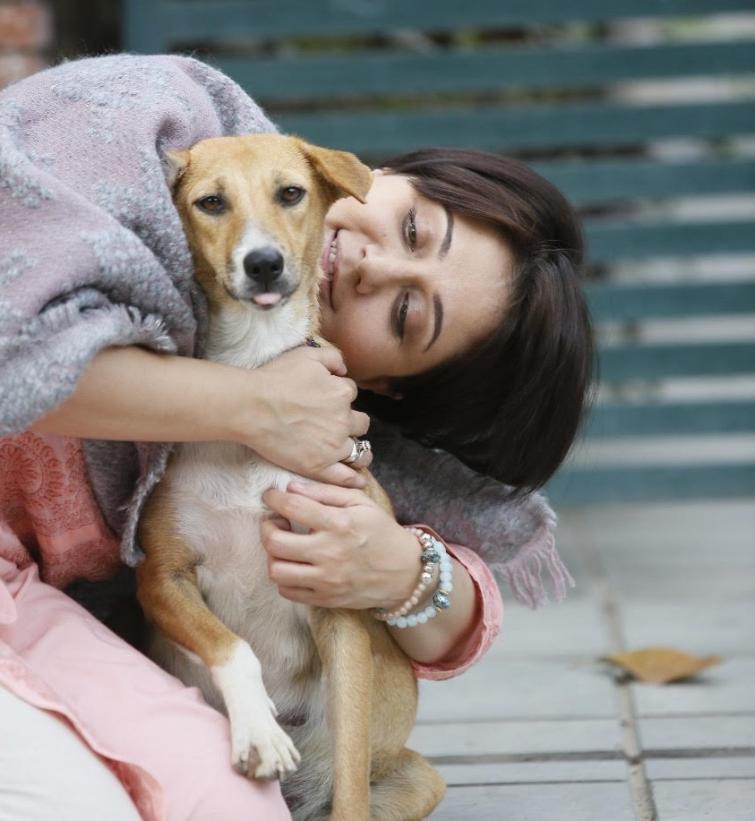 I also feel the scope of people experimenting with ideas (in Kolkata) is less. So I just always wanted to work outside Kolkata to have experience of doing different kinds of works and that is how I have done whatever little bit of work that I have done outside Kolkata. I just never wanted to do Bollywood (act in Bollywood) for the sake of doing it. I have got a lot of offers after 'Detective Byomkesh Bakshi' but I didn’t take them up because I didn’t think they are going to give me what I wanted. The only concern during the entire span of my career was I wanted to perform, contribute to my art and I wanted people to remember me after seeing my work. I have taken a lot of risks in my career which women actors or heroines don’t.

With the advent of OTT, do you think the actors are now exposed to a wide variety of good content, characters or roles?

Nationally, yes of course. In Kolkata, I feel people still have that television hangover which they really need to move on from because now language is not a barrier. The audience nowadays has become apt in watching something with subtitles. Also In Kolkata, I have seen a lot of non-Bengali people coming to the theatre to watch Bengali films.

Censor board has been an issue in your film career. Do you think actors do get relief from censor board in OTT platform?

Everyone keeps on hearing about the introduction of censor board to the web platform. So I feel very scared not because of me but for losing out on a lot of experimental works and contents. If I talk about 'Sacred Games' (a popular Indian web series on Netflix) which is still fresh in our memory, sex really played a character there. Not only sexual content, the censor board will also run its scissors on politics, moral policing (do moral policing she meant). If there is a censor board, then one cannot show caste politics, CBI, Hindu-Muslim irrationality, drug problem in the film. It will be a disaster for the people who are part of the craft if censor board comes into play.

How was the floor atmosphere during the shooting for 'Pataal Lok' with so many actors?

The floor atmosphere was very warm. All cast members were like really taken care of in the best possible manner. We faced pretty odd weather. I had a dream team on set.

Did you get in touch with Anushka Sharma in the course of shooting?

No, I didn’t meet her during the shoot. I met Karnesh (Karnesh Sharma, producer and Anushka Sharma’s brother) quite a few times. Anushka I think had gone later to visit the set but I was not in Delhi (where shooting was going on) that time. 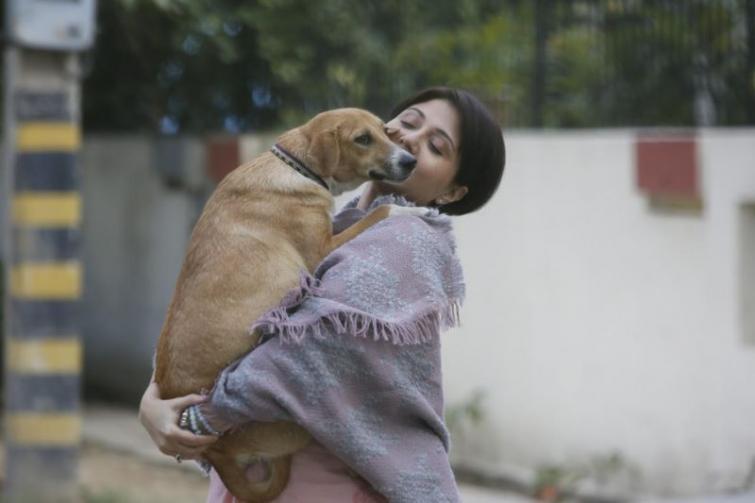 Recently two big budget Hindi films have been announced to be premiered on Amazon Prime Video. The step has drawn displeasure from INOX instantly. Do you think the premiere of films on OTT platform will become a new normal in post-Covid world?

I think this has been happening for quite some time now. This has come to the focus because few prominent film producers have decided to give their films to OTT. It seems like it is happening now. My film 'Onek Diner Pore' released on OTT platform last year. Then there were so many other films (which released digitally). But the thing is that the moment something happens in Bollywood, it just gives the feeling it is happening for the first time. And also because these films have such prominent faces. The decision has come as a shock because people never apprehended films with these stars can ever release on OTT.

But also we don’t really know whether the theatre houses will be opened.

Yes, there is so much uncertainty going on. Nobody knows what is really going to happen. The actors really have very less to say about it. I as an actor would like people to watch my films on any platform. The rest is completely producers’ call. 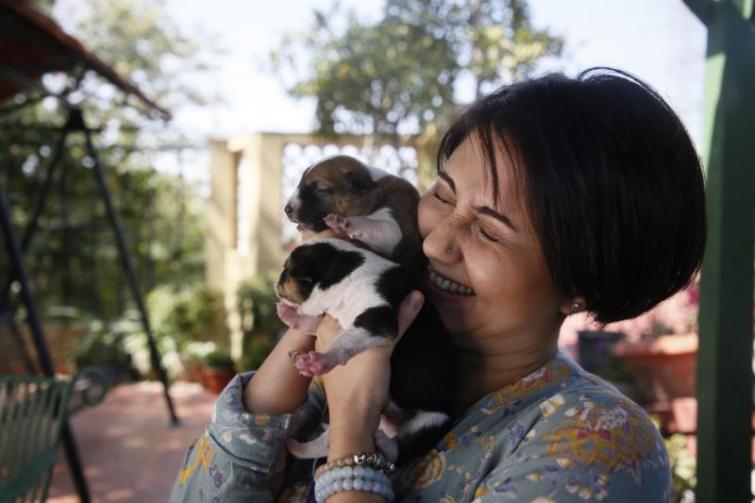 Any of your films are stuck due to the pandemic?

Yes. My Bengali film which I did with Arjunn Dutta called 'Guldasta' that was slated for Apr 24 release. It was a very important film for my career. Also Hindi film 'Dil Bechara', which was slated for May 8 release, didn’t release.

Are those films going to release on OTT platform? Can you give any insight to it?

I have no idea about it.  I have not heard anything about it.