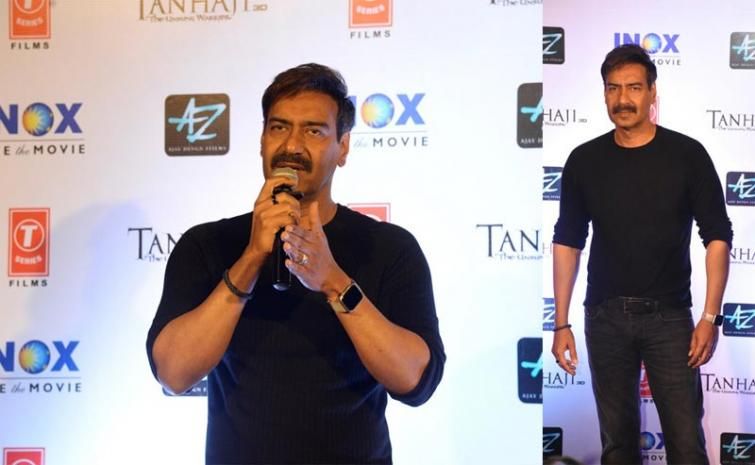 I feel every movie like my career's first work: Ajay Devgn on 100th film Tanhaji: The Unsung Warrior

Mumbai/IBNS: Even after working in 100 films, Bollywood actor Ajay Devgn still considers each project as the first in his career.

At a promotional event of his upcoming 100th film Tanhaji: The Unsung Warrior here, Ajay, who started his film career with Phool Aur Kaante in 1991, said, "Take away the zeros from 100, and that is exactly how I feel before every movie."

Tanhaji: The Unsung Warrior is a biographical period and action film set in the 17th century which revolves around the battle of Sinhagad. The film is based on the life of Tanaji Malusare, the military leader of Chatrapati Shivaji.

On being asked about his experience of sharing screen space with Saif after a long time, Ajay said, "It's very unfortunate that I have had so little chance to share screen with Saif, he is a brilliant actor. Only Saif could do justice to the role of Uday Bhan in Tanhaji".

Tanhaji is the fourth film in which Ajay and Saif will be seen sharing screen space together. Earlier they were seen in Kachhe Dhaage, Omkara and LOC: Kargil.

Director Om Raut's Tanhaji: The Unsung Hero is slated to release on Jan 10, 2020.