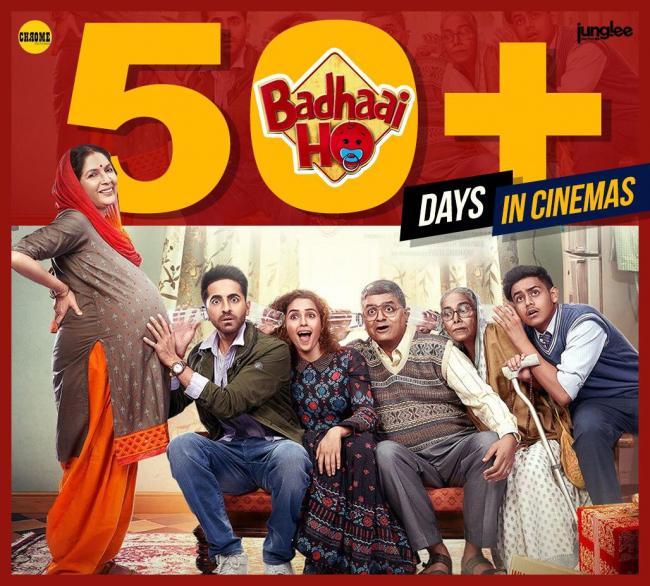 The movie is still dominating the Box Office in the country.

The movie release during Dusshera celebrations this year.

Being a comedy-drama, Amit Ravindernath Sharma directorial Badhaai Ho revolves around an elderly lady's unexpected pregnancy which embarrasses her son (played by Ayushmann), particularly in front of his fiancé and would be mother-in-law.