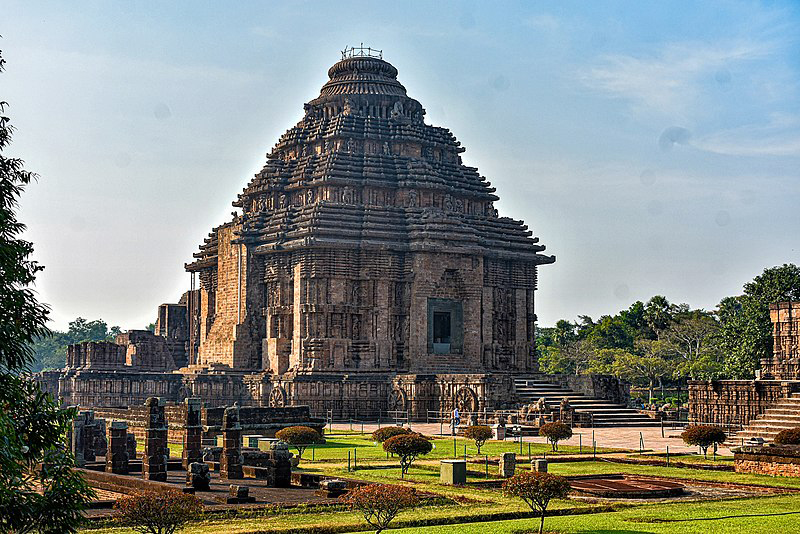 On October 11, 2022, a woman Communist Party of India-Maoist (CPI-Maoist) cadre was killed during an exchange of fire with the Security forces (SFs) in the Sindhi Forest area under Baliguda Police Station limits in Kandhamal District. A trooper was also injured in the exchange of fire. Another 20 Maoists managed to flee, taking cover of the hilly terrain. A country-made pistol and other materials were seized from the spot. The identity of the slain woman Maoist is yet to be ascertained; however, it is suspected that Maoists belonging to the ‘Kandhamal-Kalahandi-Boudh-Nayagarh (KKBN) Division’ of the CPI-Maoist were running the camp in the Sindhi forested area.

Since their last fatality on June 4 , 2017, when a trooper of Special Operation Group (SOG) was killed and another six were injured in a CPI-Maoist ambush near Khamankhol under Baliguda Police Station limits in the Kandhamal District, SFs have killed 17 Maoists, including the last on October 11, 2022. Between September 21, 2004, the date of the formation of CPI-Maoist, and June 3, 2017, SFs lost six of their men and killed three Maoists, suggesting that the Maoists had the upper hand on the ground during that period. The first SF killing in the District was, however, reported on February 11, 2011, and the first Maoist killing was reported on March 14, 2009.

Moreover, SFs have arrested a total of 51 Maoists in the District, since September 21, 2004, though no arrest has been recorded in the current year. Also, mounting SF pressure led to the surrender of 10 Maoists, since 2004, including one in the current year.

Further, to contain the Maoists’ efforts for a revival in the District, SFs are maintained a constant vigil. Most recently, on August 17, 2022, the SFs neutralized a Maoist hideout and recovered some bomb-making materials and Maoist literature which was dumped in a cave near Sumangi village under the Gochhapada Police Station limits in Kandhamal District. Significantly, at least four incidents of recovery of arms have been recorded in the District in the current year, thus far (data till October 16, 2022). A total of 52 such recoveries has been recorded in the District since 2004.

The District has, however, not been able to end civilian fatalities, a key index of security. Despite SF dominance on the ground, since June 4, 2017, nine civilians, including two in 2022, have been killed in the District. On January 30, 2022, suspected CPI-Maoist cadres killed two persons, accusing them of being ‘police informers’, in the Belaghara Police Station limits of Kandhamal District. Bodies of two villagers identified as Bhabani Shankar Patra, son of the Bhandarangi Sarpanch (head of the Panchayat, village level local self-Government institution), and Hemanta Patra of Gochaguda village in the Tumudibandha Block (administrative sub-division) of Kandhamal were found at different places. The Maoists belonging to ‘Bansadhara-Ghumusar-Nagabali (BGN) Division’ in a handwritten note left behind, stated that the two were among those who had tipped off SFs about the presence of rebel cadres in the Belghar area of Kandhamal.

The District had recorded 26 civilian deaths prior to June 4, 2017.

Despite the significant containment of the Maoist threat, Kandhamal remains an area of concern.

Kandhamal, one of the 30 Districts of Odisha, is bounded by the Boudh District to the north, Koraput on the south, Nayagarh and Ganjam in the east, and Kalahandi in the West. The District occupies an area of 8,021 square kilometres, of which 5,709.83 square kilometres, about 71.18 per cent of its total geographical area, is under forest cover. The District has two Sub-divisions – Phulbani and Baliguda – and two Notified Area Council (NAC) towns – Phulbani and G. Udaygiri. The District has 12 Blocks – Baliguda, Chakapada, Daringibadi, G. Udaygiri, Khajuripada, Kotagarh, Nuagaon, Phiringia, Phulbani, Raikia, Tikabali, and Tumudibandha. All these areas have recorded Maoist incidents at some point of time. Physiographically, the entire District lies in a hilly zone, interspersed with inaccessible terrain of hills and narrow valley tracts. The District’s geographical proximity to contiguous Maoist-affected areas of the neighbouring Districts of the State have made Kandhamal a perfect area for a guerrilla stronghold and safe haven.

Kandhamal and Kalahandi in Odisha, are on the list of ‘25 Most Affected Districts’, from eight States across India released by the Union Ministry of Home Affairs (UMHA) on June 19, 2021. Further, Kandhamal and Kalahandi Districts of the State, are also included among the 70 Naxalite [Left Wing Extremism, LWE]-affected Districts in 10 States across India, covered under the Centre’s Security Related Expenditure (SRE) scheme, which funds focused operations against the LWE insurgents.

Indeed, despite great reduction in Maoist activities in the Baliguda and Tumudibandh areas of the Kandhamal District, Maoist activities periodically show up in poster campaigns and other activities. Thus, the Maoists pasted several posters on boundary walls and electric poles in the Mundigarh area in Tumudibandh Police Station limits in Kandhamal District on August 23, 2022. The posters read,

Government should stop politics in schools and should bring its officers and politicians to the right path or else we will do our job.

Meanwhile, according to a May 4, 2022, report, to meet any contingency and to implement the Government's strategy of going deep into the interior regions of the State, night landing-capable helipads established in six places – Kandhamal, Kalahandi, Koraput, Malkangiri, Hantalguda, and Rayagada Districts – were to be made operational. These helipads are to be fitted with sensors and infrared-enabled features which automatically guide a chopper in landing. An unnamed senior official of Odisha Police pointed out,

Availability of natural light is one of the most important factors due to which choppers are either delayed or sorties cancelled leading to huge resentment among ground troops. The night landing capable helipads will act as force multiplier and in case of injury, the security personnel can be evacuated to the nearest hospital for immediate treatment.

However, there is further information on the operational status.

Substantial consolidation has been accomplished by the SFs in Kandhamal, one of the last enduring Maoist holdouts in the ‘KKBN Division’. Challenges, however, persist, with significant Maoist efforts to regroup in the District, in spite of the security and developmental consolidation. SF dominance is, nevertheless, inching forward, backed by some formative and government outreach giving succor to the people. With little prospects of a dramatic Maoist restoration in the District and, indeed, in the wider ‘KKBN Division’, it is perhaps time to explore the possibilities of a political process to end this fading conflict.