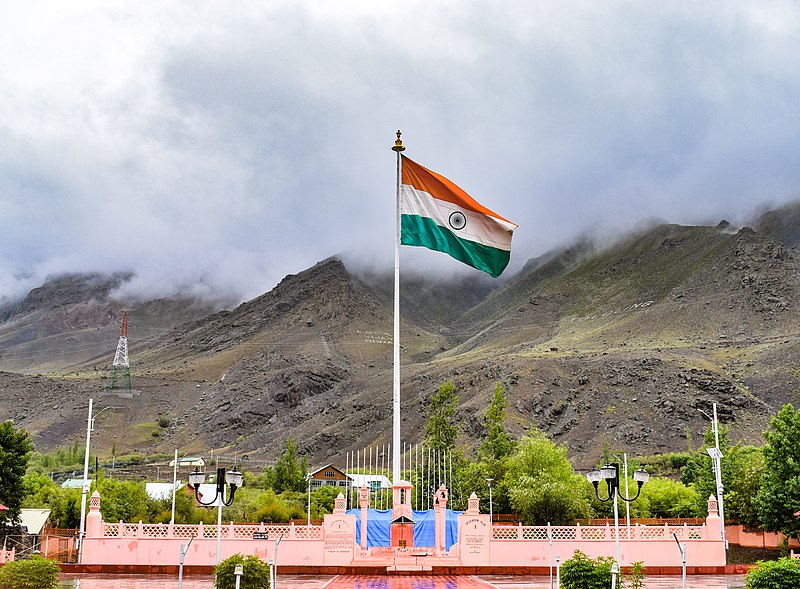 The world needs to understand: Kashmir is an integral part of India

It is not long since Russia mocked British Prime Minister Boris Johnson as “utterly confused” and ridiculed British politicians for their “stupidity” and “ignorance”. One is fascinated to say the same about the recent Kashmir reference of the German foreign minister.

On February 3, 2022, Russia mocked the then UK Foreign Secretary Liz Truss for saying Britain was sending supplies to its “Baltic allies across the Black Sea” – two bodies of water on opposite sides of Europe.

“If anyone needs saving from anything, it’s the world, from stupidity and ignorance of British politicians,” Zakharova added.

A similar instance of ignorance was observed in the case of German Foreign Minister Annalena Beerbock on September 30 in her interaction and news conference with the visiting Pak counterpart Billawal Bhutto Zardari.

Beerbock expressed Germany’s support for Pakistan by calling for a UN role in Kashmir without uttering a word on cross-border terrorism aided and abated by the Indian neighbour.

Although India registered its objection to the statement, it avoided calling the statement of the German foreign minister stupidity and ignorance. Grace is embedded in Indian foreign policy.

India rejected the call by foreign ministers of Pakistan and Germany for involving the United Nations to resolve the Kashmir issue, saying that the focuss instead would have been tackling Pakistan-based terrorists who have targeted Jammu and Kashmir with brazen and heartless violence and brutality.

India has time and again reiterated that “Kashmir is an integral part of India” and any dispute whatsoever, could be resolved only through bilateral talks with Pakistan.

Terror as part of foreign policy is totally unacceptable and despicable to India.

But German foreign minister’s ignorance about the role of Pakistan in perpetrating terrorism in South Asia is pathetic as well as surprising.

Nevertheless, many observers believe that foreign minister of an advanced nation like Germany can neither be ignorant to such an extent nor irresponsible while speaking on sensitive issue like Kashmir. Rather she might be having “motives”.

It is quite natural and understandable that India as the world’s fastest growing economy and the second biggest market with continuously rising purchasing power evokes envy and jealously among the emerging economies.

But for Germany, which itself is an advanced economy, this reason does not explain why its foreign minister deliberately chose to ignore Pakistan’s complicity in “terrorism” and “mis-adventurism” in Indian Union Territory of Jammu and Kashmir and took a highly biased and partisan view of Kashmir issue.

Germany, like all the countries of the world has right to promote its national interest, but while talking on global and regional/bilateral issues it should display maturity and responsibility that suits an advanced nation.

India’s sovereign stand on global issues emanates from its long held principles articulated in Panchasheela and not any motives of teaming up or aligning against any other sovereign nation.

The rising stature of India in the geo-politics is due to its pacifist, developmental and cooperative approach towards resolving disputes and solving global issues.

But a vibrant democracy and a pacifist approach of India should not be taken as its weakness. Rather it is rooted in principles, values and choices that it cherishes.

It is also notable that India chose not to side with the West on the issue of Ukraine on their terms in accordance with its principled foreign policy and national interest.

This should not be a reason for Germany or any other country for angst or disappointment.

India has vociferously pleaded for resolving the Ukraine issue through dialogue and negotiations and avoiding violence against civilians, but given a long history of ties and cooperation with Russia, India could not afford to be a part of the formation aiming total isolation of Russia. It has explained it several times.

True, Germany might be trying to take advantage of Islamabad’s leverage for getting out Afghans, who served German forces during the US-led occupation in the past two decades from Taliban-ruled Kabul to Germany.

But even in this endeavour, the German Foreign Minister’s sanctimonious Kashmir intervention appears more self serving than for the larger cause of peace and prosperity of Kashmir.

Germany would have taken a more responsible approach towards India in general and Kashmir in particular because Pakistan or for that matter China could never be a substitute for India in its South Asian engagements.

India is a vibrant democracy and an emerging market with reliable defense capabilities.

It is also part of many regional groupings and has represented the cause of developing countries on international forums.

If Germany is disappointed with US President Joe Bidden’s support for India, Japan and Brazil in the expanded UN Security Council in his speech to the UNGA, the issue could not be taken up with India.

Better Germany like the US understands that India is indispensable in geopolitics for both the cause of democracy and peace and for making the global order more just and fair.

Germany should reckon and reconcile with the fact that India is not only the largest democracy of the world, but also an emerging economic and technological power.

It is run by a living constitution which provides for fundamental rights and rule of the law.

Cooperation with India is a better proposition rather than raking up sensitive issues in which Germany has no stakes for now.

Kashmir is on a fast track to normalcy and progress and the Government of India is taking all possible steps.

Any disruption to the process happens due to cross border terrorism originating from Pakistan. It requires no hard digging and fact finding to know.

The German foreign minister should have known that India has always maintained that Kashmir issue is a bilateral issue and it does not endorse involvement of any third party to resolve the issue.