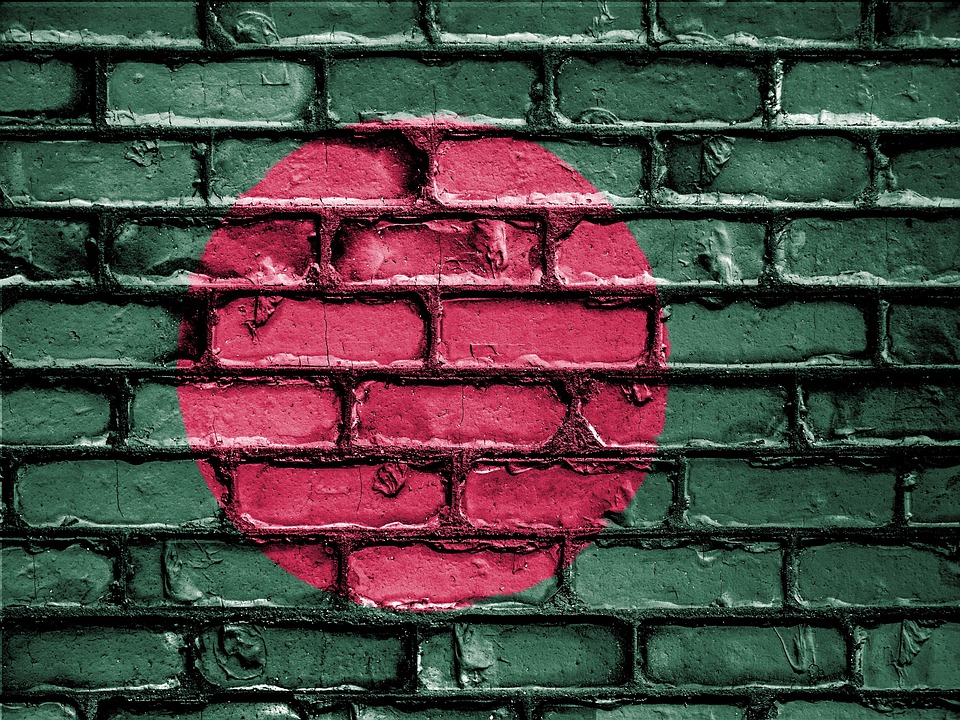 On July 17, 2022, a UPDF member Uttam Kumar Tripura (25), was killed during a gunfight between two factions of the UPDF in Taidang at Matiranga upazila in Khagrachari District. Another UPDF activist, Chigon Chizi Chakma, was injured in the incident. The gunfight took place between the UPDF faction led by Prashit Bikash Kheesa and the UPDF-Democratic (UPDF-D).

On May 12, 2022, unidentified gunmen killed a former activist of the UPDF, Lakshmi Chandra Chakma, (45) at his home in the Shilchhori area under the Barkal Upazila of Rangamati District.

On March 5, unidentified gunmen abducted and killed a former PCJSS member, Anumang Marma, (45), in the Rowangchhari Upazila of Bandarban District.

According to partial data compiled by the Institute for Conflict Management, 627 people have been killed in the Chittagong Hill Tracts (CHT) in such fratricidal clashes since the signing of the CHT Peace Accord in 1997 (data till August 28, 2022). These include 321 members of UPDF-Prasit Khisa, 204 members of PCJSS-Santu Larma, 86 members of the PCJSS-M. N. Larma, 10 members of UPDF-D, and six members of PCJSS-Reformation.

After the signing of the Accord in 1997, peace was expected to prevail in CHT, however, PCJSS witnessed multiple splits. The first occurred in 1997 itself, when Prasit Bikash Khisa formed UPDF-Prasit Khisa, after leaving PCJSS in protest against the Accord. The second split was in 2007, when a faction led by Sudha Sindho Khisa, formed PCJSS-Reformation. The parent group split again, into PCJSS-M.N. Larma and PCJSS-Santu Larma, in 2010.

Additionally, according to a December 3, 2021, report based on data from law enforcement agencies, since December 2, 1997 (the signing of the treaty), the various CHT based armed groups had killed 16 Security Force personnel, and 190 Bengali civilians.

According to the SATP database, in the first eight months and 28 days of 2022, incidents of violence have increased in CHT, as compared to the previous year. 13 such fatalities have been recorded in 2022 (till August 28, 2022), as compared to 10 fatalities in through 2021. In 2022, the fatalities included three members of UPDF-Prasit Khisa, and one member of the PCJSS-Santu Larma group.

Among the reasons for the rise is the emergence of the ethnicity based armed group, the Kuki-Chin National Front (KCNF) and the Marma National Party in CHT, which has challenged the existing groups like PCJSS and UPDF. The KCNF, an armed organization, led by erstwhile PCJSS member Nathan Loncheu Bawm, appeared in 2021. Although it was first announced as the Kuki-Chin National Development Organization (KNDO), its latest avatar as KCNF was declared after KNDO’s head, Nathan Loncheu Bawm, failed to contest the 2018 elections. KCNF’s main demand is the formation of an autonomous state within the Chittagong Hill Tracts.

The Chittagong Hill Tracts Peace Accord and the Regional Council they have formed is not for the Kuki-Chin people, it is just a Chakma agreement and a development council for the Chakma people.

In 2022, four persons have been killed by KCNF in two incidents

On June 21, 2022, unidentified gunmen killed three people, Subhash Chandra Tripura (30), Brishochandra Tripura (50), and Dhanrang Tripura (15), at Saijam Para in Ward-2 of the Baratholi Union in Bilaichari upazila, Rangamati District. Later, KCNF, also known as the 'Bawm Party', claimed responsibility, stating that its 'special commando force' had successfully carried out an attack on the "the basement camp of the terrorist JSS' armed wing JLA", adding, "three members of the JLA force were killed on the spot."

Meanwhile, the Marma National Party (also known as the Mog Party), which emerged in 2018, remains active in the Rajasthali area of Rangamati District and some places in Bandarban District (especially the Sadar area). In 2022, five fatalities in three incidents were attributed to this group.

On June 25, 2022, after a "gunfight between two armed groups", the Police recovered the bullet-riddled body of a PCJSS man, identified as Abhishek Chakma (35), from the Rajasthali upazila of Rangamati District,

March 22, 2022, at least three MNP cadres were killed during a gunfight between PCJSS and MNP in the Rajasthali area of Rangamati District.

January 3, 2022, a member of PCJSS was shot dead by gunmen while visiting his father-in-law's house at Lama in Bandarban District. The deceased was identified as Monkyaching Marma (35).

Violent ethnic assertions have led to persistent discord and will provoke further fratricidal killings. The efforts of a consensual peace in CHT have little possibility of success in such vicious milieu.

Even as several provisions of the 1997 Accord remain unimplemented, the UPDF has proposed a new CHT Accord. The UPDF faction led by Prasit Bikash Khisha has approached the Government through a facilitator, former Bangladeshi Army Major Emdadul Islam. Major (Retd.) Islam supposedly played a key role in facilitating the signing of the 1997 agreement as well.

On June 9, 2022, the UPDF, submitted a 66-page peace proposal through Major Islam to the Bangladesh Government. Angya Marma, 'convener' of the UPDF's Khagrachhari chapter, stated that the proposal was the result of several meetings with 'government representatives' since 2019, and added,

Many years have passed since the [Chattogram Hill Tracts] peace accord was signed, but it has not been made a reality yet. There are some issues in the deal that need revision as well. The situation is quite delicate for different reasons now. So, we've presented the proposal for a new pact.

On June 13, 2022, UPDF chief Prasit Bikash Khisha tried to bring PCJSS on board. Khisha wrote to PCJSS chairman Jyotirindra Bodhipriya Larma, offering an apology for not consulting with the PCJSS before submitting the peace proposal to the Government. Khisha wrote,

The demands that we made in our peace proposal were formulated keeping in mind the greater good of the hill people.

According to reports, among the 72 articles of the 1997 Peace Accord, 48 have already been implemented fully and 15 partially, while nine were ‘in the process of implementation’. Further, five meetings of the Chittagong Hill Tracts (CHT) Accord Implementation and Monitoring Committee have happened so far. The latest one was held on 7 December 2021 at the Jatiya Sangsad Bhaban in Dhaka.

On June 13, 2022, in response to the UPDF’s offer of a new accord, Home Minister Asaduzzaman Khan stated that the government had yet to receive the formal proposal. Khan added, “We always want peace. We are doing everything we can to keep peace. We welcome if they come to peace talks." Although the Minister’s statements indicated a positive intent, no further details regarding responses in this context, from the Government or PCJSS, are available.

The lack of response from PCJSS is understandable, as a new accord would undermine its legitimacy as a group that championed the case of Jumma people. Moreover, PCJSS believes that the remaining groups, such as PCJSS-Reformation and UPDF are the ‘creations’ of the Army, to undermine PCJSS.

Meanwhile, according to December 2, 2021, report, between 2013 and 2021, Security Forces arrested 1,977 tribal armed terrorists, recovered 812 firearms and 12,851 rounds of ammunition. Through 2022, Security Forces have continued to put pressure on these armed groups.

February 2, 2022, an Army trooper and three members of PCJSS-Santu Larma were killed during an exchange of fire in the Ruma upazila of Bandarban District. The deceased trooper was identified as Habibur Rahman, a senior warrant officer. The Army team recovered an SMG and 249 bullets, three guns and five bullets, four uniforms and BDT 52,900.

Further, on May 26, 2022, Home Minister Khan declared that the Armed Police Battalion (APBn) would work on the CHT's security,

The APBn members will now work in abandoned camps of the Bangladesh Army and ensure security, stop bloodshed and extortion in the hills

The deployment of APBn is part of the deployment at 30 camps out of 240 vacant temporary camps in the region. However, there is resistance from PCJSS on the deployment of forces, citing violation of the CHT Accord. On July 2, 2022, 'information and publicity secretary' of PCJSS Mangal Kumar Chakma wrote,

Instead of implementing the decisions made in the first four meetings of the Accord Implementation Committee and raising an argument to justify the implementation of the decisions made in the fifth meeting, instructions were issued to set up an ABPn camp on the site of the withdrawn army camp from the APBn Headquarters on April 13, 2022, in violation of the provisions of the Accord.

There is a pressing need to control the armed factions to contain violence and restore peace to CHT. However, a broad-based review of the 1997 Accord with various stakeholders to rectify the misgivings of the hill residents, especially related to the issue of land ownership and settlers from the plains, is necessary if a consensus is to be forged to establish a sustainable peace in the CHT region.