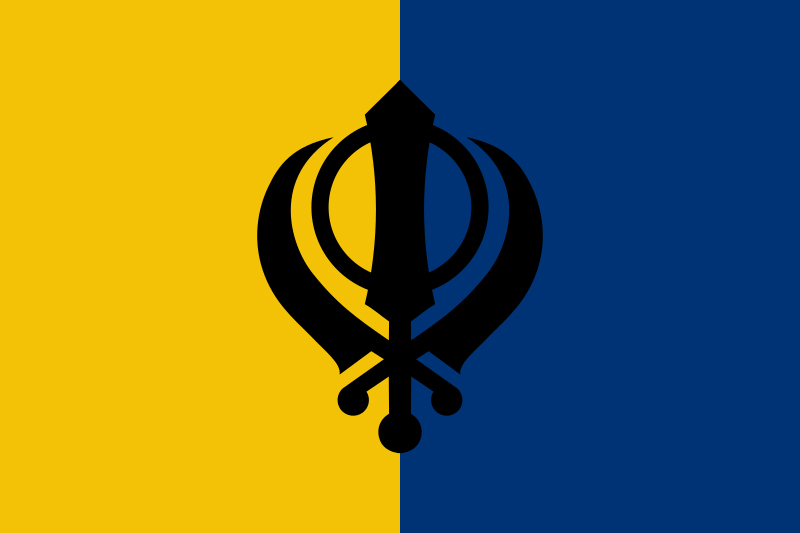 The targeted killing of Ripudaman Singh Malik once again exposes the ugly underbelly of Canada’s networks of crime and Khalistani terrorism, which have flourished under the benign neglect – indeed, the apparent complicity – of the country’s political leadership.

Malik was one of the prime movers of the Air India bombings – Flight 182 which exploded in the air off the coast of Ireland, killing all 329 on board; and the Narita Airport incident, where two luggage handlers were killed while transferring baggage from a flight that originated in Vancouver, Canada, to Air India Flight 301, to Bangkok.

He was acquitted after an utterly disgraceful investigation, where evidence was destroyed, a trail that led right up to the bombings was covered up, and witnesses were murdered.

A subsequent commission of inquiry headed by John Majors concluded that a “shoddy investigation” and a “cascading series of errors” led to the acquittal.

Significantly, Malik’s killing comes after he had been turned by Indian intelligence in 2019, to repudiate his commitment to Khalistan and later to praise the Indian Government and Prime Minister Narendra Modi.

He had also declared that ‘anti-India elements’ were also enemies of the Sikhs. He had named and attacked the Canada-based Hardeep Singh Nijjar, the ‘chief’ of the Khalistan Tiger Force (KTF), accusing him of ‘obviously working at the behest of some agencies of foreign government,’ a reference to Pakistan.

These actions and statements facilitated his removal from an Indian blacklist, and repeated visits to his home town and to the Golden Temple at Amritsar. On January 23, 2022, at the Guru Nanak Sikh Temple in Surrey, Nijjar ranted against Malik for over an hour, describing him as a “Qaum da gaddaar” (traitor to the nation) and an “agent.”

He added that Malik should be ‘taught a lesson.’ Several other Khalistani elements in Canada had spoken against Malik on a range of issues, including the ‘sacrilege’ of the ‘unauthorized’ printing and distribution of the Guru Granth Sahib, the Holy Book of the Sikhs. Given his history, of course, Malik is unlikely to have any dearth of those who would have wished him dead.

An investigation is now underway, and unless we are to witness another “cascading series of errors,” it is possible that the perpetrator(s) will eventually be identified.

It is useful to remind ourselves, here, that Nijjar featured in a list of nine Category ‘A’ terrorists and extremists that was handed over by the then Punjab Chief Minister, Capt. Amarinder Singh, to Canadian Prime Minister Justin Trudeau during the latter’s awkward 2018 visit to Punjab. Nijjar was accused of multiple crimes in India but, crucially, also of running a terrorist training camp in British Columbia, Canada. Trudeau assured action; Nijjar was briefly detained on Trudeau’s return to Canada, but quickly released without charge.

Significantly, Jaspal Atwal, a Khalistani terrorist convicted in Canada for attempted murder, was invited to, and photographed with the Prime Minister’s wife Sophie Trudeau, at an official reception on February 20, 2018, during this tour; and was again invited to an official reception by the Canadian High Commission in Trudeau’s honour at Delhi, on February 22, but this was scuttled after Terry Milewski of CBC News took up the issue, and the news went viral on Indian media.

Crucially, several Members of Canada’s Parliament continue to maintain close ties with the Khalistanis, purportedly to secure their active electoral support, despite the fact that they represent a minuscule proportion of a tiny Sikh population (1.4 per cent) in the country. This is not, of course, unusual; pandering to extremists is an increasingly common political trend across the world, and India is hardly in a position to take the ‘high moral ground’ in this regard.

What is surprising is that this continues, despite the increasingly visible linkages between the virulent ‘Punjabi’ gangs and the Khalistanis in Canada. From an Indian perspective, a succession of high-profile crimes – targeted killings, extortion, narcotics smuggling, among others – testify to this nexus. Prominently, the Ludhiana court blast of December 23, 2021, was linked by the Punjab Police to Lakhbir Singh Landa as well as Nijjar and Arshdeep Singh of the KTF, all based in Canada. The RPG attack on the Punjab Police Intelligence Headquarters in Mohali on May 9, 2022, was, similarly, linked back to Lakhvir Singh, a gangster who has been in Canada since 2017, and was linked to Harwinder Singh Rinda (located in Pakistan) of the Babbar Khalsa International (BKI).

These linkages operate deeply in Canada as well. Malik’s killing certainly has all the markers of a gangland ‘hit,’ and there have been several cases of anti-Khalistan advocates being beaten up by gang-linked groups. Crucially, the ‘Punjabi’ gangs have become among the most violent organised crime groups in Canada. After the gangland killing of the singer Shubhdeep Singh Sidhu aka Sidhu Moosewala in a targeted hit at Mansa in Punjab on May 29, 2022, a Canadian-Punjabi gangster, Satinder Singh aka Goldy Brar openly claimed responsibility in a widely circulated video. Brar was already wanted in Punjab for multiple cases including murder and a range of other crimes, including the murder of youth Congress leader Gurlal Singh Pehelwan on February 18, 2021.  Significantly, after orders were issued to arrest Goldy Brar in Canada, a threat to blow up Canada’s Parliament was received on June 11, 2022. The caller claimed that explosives had already been laid out within the Parliament complex, and the detonation was imminent. However, there was no blast and no explosives were recovered. Brar has reportedly ‘gone underground.’ Significantly, the Punjab Police also believe that the Khalistan Liberation Force (KLF) leadership in Canada was involved in the identification and facilitation of local gangster Sukhmeet Singh, who was tasked to execute the hit through his associates.

On February 10, 2022, Sarbjit Singh Sander was found murdered in Langley, Canada. He was among the accused of in a INR 6,000 crore drug smuggling case, and featured on the list of 11 drug smugglers handed over to Prime Minister Trudeau by then Chief Minister Amarinder Singh, in February 2018.

On May 17, 2021, the Vancouver Police issued a public warning about six ‘targeted gangsters’ after gang violence escalated, and the Police did not expect this trend to stop “anytime soon.” 20 gang related homicides had been recorded in Metro Vancouver in 2021, till May 17, and another 20 attempted murders. Among the top six ‘targeted gangsters’ were four Punjabis – Garinder Deo (35); Harjit Deo (38); Barinder Dhaliwal (38); and Meninder Dhaliwal (28).

A toxic culture, fed by Punjabi rap music and a twisted nostalgia for the imagined machismo of a ‘Jat’ culture, has drawn Canadian Sikhs into organised crime and Khalistani activities. A third of all gang violence and drug crime in Canada is attributed to Punjabi gangs, though the Punjabi Diaspora accounts for just about 2 per cent of the country’s population (1.4 per cent Sikh). Some 21 per cent of gangsters killed in gang wars or police operations since 2006 are reported to be of Punjabi Origin. Collectively, the Punjabi organised crime groups are ranked among the top three major organised crime problems in Canada, after the Italian-Canadian Mafia and the Asian Triad.  A January 18, 2022, report, revealed that in Vancouver and Surrey, violent gang wars between rival factions of the Indo-Canadian Sikh community had seen upwards of 200 young men killed in the last 25 years, with bloody battles fought in nightclubs and bars, and ‘crews of contract killers’ make their presence felt.

The narcotics trade is the principal occupation of the Punjabi gangs of Canada, with Heroin brought in from the Golden Crescent – Afghanistan, Pakistan, Iran – through Punjab as the principal commodity. However, Punjabi gangs have also linked up with Mexican cartels to bring cocaine and hashish into Canada and the US. Gangs have also ‘diversified’ into extortion, money-laundering and contract killing, much of it linking back to Punjab.

For decades, now, India has sought action against Khalistani and organised criminal elements in Canada, to no avail. At least 10 extradition requests relating to gangsters, and another four to Khalistani terrorism have been sent by New Delhi to Ottawa, but not one has resulted in any effective action. The complicity of political parties with Khalistani formations openly espousing violence and visible entangled with crime and violence on Canadian soil, continues unabated, and often at the highest levels. Terry Milewski, author of Blood for Blood: Fifty Years of the Global Khalistan Project, observes: “…extremists in Canada went from strength to strength. Even explicit endorsement of political murder did not produce any complaint from Canadian politicians, who were happy to attend rallies called by Khalistanis so as not to erode their Sikh vote bank.”

Canada’s problem is no longer the Khalistani’s alone, but their increasing linkages with organized crime, drug smuggling and an efflorescence of Punjabi gangs. What has long been dismissed as the problem of a faraway country in which Canadian citizens are, at worst, peripherally involved, has repeatedly spilled over in blood on the Canadian street. Unless Ottawa changes its attitudes, policies and practices with regard to the complex of Khalistani terrorism and Punjabi gang operations, this tide of blood can only mount.