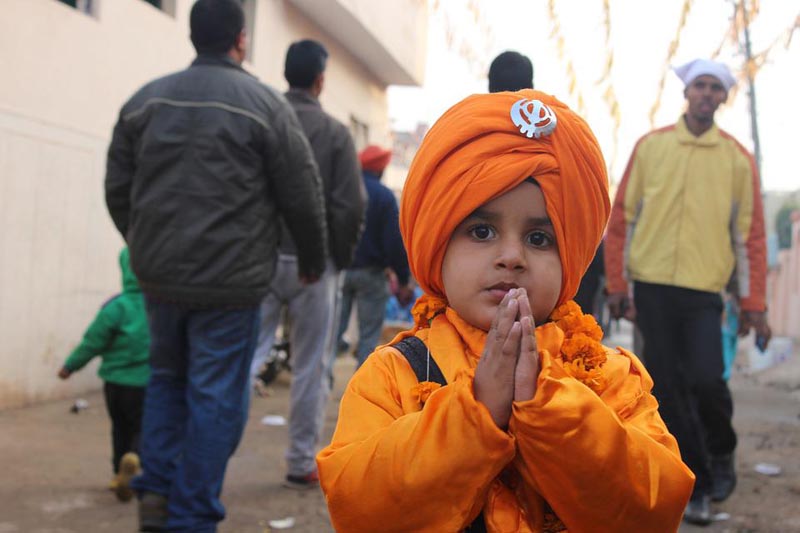 The desolation of Sikh populace in Afghanistan

On June 18, 2022, Islamic State (IS) militants opened fire outside the fortified doors leading to the compound housing in a Sikh gurdwara in Kabul, as well as in the homes of members of the community.

The assailants killed the security guard, and armed with grenades they managed to make their way inside.

IS made the claim in a statement posted on its Amaq website on the very same day.

It said the assault on "the Sikh and Hindu temple” was in response to alleged insults made against the Prophet Muhammad, the central figure of the Islamic religion, by an Indian government official.

It did not name the official.

The Sikh Coalition, the largest Sikh civil rights organization based in the United States, said the gurdwara was significantly damaged by the attack.

“The recurring tragic violence targeting the Afghan Sikh community is devastating, but also entirely predictable and preventable,” said Anisha Singh, the group's executive director, in a statement on June 18.

This attack is not in isolation. Rather it is part of the series of violent attacks targeted towards religious minorities in Afghanistan.

The majority of Afghanistan's nearly 40 million people are Sunnis, and Hazaras make up about 9 percent of the country's total population, according to the non-governmental organization Minority Rights Group International.

Other religious groups, such as Hindus, Sikhs and Christians, constitute less than 0.3 percent of the population.

Like the Hazaras, Sikhs and Hindus in Afghanistan have also faced religious persecution, discrimination and violence.

The majority of the once thriving community of thousands fled to India, Europe and America during the decades of war and the rise of the Taliban in the 1990s.

Afghanistan's long-standing Sikh community is nearing extinction as its last remnants have in recent weeks tried to flee the Taliban takeover and extremist persecution.

Afghanistan was once home to tens of thousands of Sikhs and Hindus, but decades of conflict have seen the number decline to a tiny handful.

In recent years, those who have remained have been constantly targeted by the local branch of Islamic State militant group.

In the year 2018, a suicide bomber hit a gathering in the eastern city of Jalalabad whilst another gurdwara was attacked in 2020.

Sikhs have been living in Afghanistan for centuries, from the time when it was part of the Mughal Empire, and travel and settlement of all communities across the empire was common.

Sikh settlement in Afghanistan can be traced back to the fourth Udaasi (preaching tour) of the founder of the Sikh faith, Guru Nanak Dev, along with his companion Bhai Mardana to Afghanistan.

The origin of Afghanistan's Sikh and Hindu population goes back to centuries even before the existence of the present day Afghanistan, mentions Inderjeet Singh, author of the book Afghan Hindus and Sikhs: History of a Thousand Years.

Singh thus stated, “The history of Sikhs in modern-day Afghanistan can be traced back to Guru Nanak's time in the region, which coincides with the advent of the religion itself in the 16th century.”

However, by now, the very rare populations of the community are remained there in the provinces of Nangarhar, Kabul, and Ghazni.

Sikh community leaders recently estimated that just 140 Sikhs stay there in predominantly Muslim Afghanistan, down from 100,000 in the 1970s.

Afghanistan once had a prosperous Sikh and Hindu population, but years of conflict and instability saw the community radically shrink in size.

By the time the Taliban took power in August 2021, there were only fewer than 300 Sikhs left in Afghanistan.

They have been constantly attacked by the local branch of the Islamic State group.

Decades of persecution and discrimination have since caused almost all to flee and the arrival of Taliban and an uptick in violence from the Islamic State group has proved the final straw.

In August, 2021, the United Nations human rights chief, Michelle Bachelet, had cautioned that Afghanistan's varied ethnic and religious minorities are at great risk of violence and suppression given the Taliban's history and reports of targeted killings.

The Sikh community is under severe pressure to leave Afghanistan and have experienced continuous violence, both in the hands of Taliban and Islamic State militants.

The number of bombings across Afghanistan has dropped since the Taliban returned to power, but numerous attacks, many directed towards minority communities, have rocked the country in recent months, including several claimed by IS.

While IS is a Sunni Islamist group like the Taliban, the two are bitter rivals and greatly diverge on ideological grounds.

As reported on February, 2022, United Nations experts warned that terrorist groups had been enjoying more freedom in Afghanistan since the Taliban seized power.

Strength of Islamic State in Afghanistan has risen from an estimated 2,200 to near 4,000 following the release of several thousand prisoners, according to the panel, which said one country estimated that half were foreign fighters.

Also, it is observed, in a balancing act, Taliban rulers are keeping close ties with al-Qaida as they consolidate control over the country, and their main military threat is coming from the Islamic State extremist group and guerrilla-style attacks by former Afghan government security personnel, as reported on June, 2022.

Since the attack, that temple and the nearby Dharamshala Gurdwara, the capital’s oldest Sikh house of worship at an estimated 500 years have been abandoned.

Since August, 2021, the people of Sikh community in Afghanistan are facing more and more problems.

In August, Taliban forcibly took down the Nishan Sahib, a Sikh holy flag, from a Gurdwara Thala Sahib in the Chamkani region of eastern Afghanistan's Paktia province.

Unfortunately, not only the militant groups, but many Sikhs experienced violence in the hands of the common Afghan populace.

According to Anarkali Honaryar, a Sikh lawmaker and activist, “there have been incidents where people threw stones at Sikh funeral processions and verbally attacked them.”

Sikh along with Hindu populations continue to encounter problems obtaining land for cremations and suffer harassment during major religious celebrations.

Carrying dead bodies to the crematorium, a police escort is necessary. Even with the police escort, locals continue to throw stones.

Post-Taliban takeover, the situation in Afghanistan is extremely volatile.

The Taliban are not the only flagbearer of religious orthodoxy in the country. There is also the presence of Al Qaeda and IS, with their respective puritanical interpretations of Sunni Islam.

Therefore, Taliban is compelled to do the balancing act and also show a more reasonable outer picture as it did by restricting the IS assailants on June 18 attack.

But the ugly side of actual religious struggle and power dynamics will soon crop up in Afghanistan, and undoubtedly the left over miniscule religious minorities are going to pay a heavy price.

In such a grim situation, the minority religious communities of Afghanistan have an acute sense of abandonment, desolation and hopelessness.