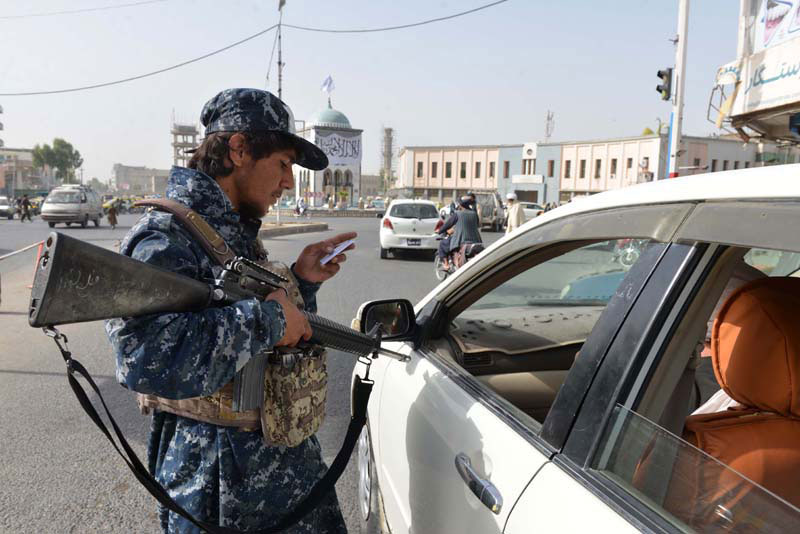 On October 8, 2021, at least 47 persons, including 46 Hazara Shia worshipers, were killed when a suicide bomber detonated his explosive device among worshippers in the Sayyidabad Mosque in the Khanabad Bandar area of Kunduz city, the provincial capital of Kunduz. Another 140 persons were injured in the attack. Later, the Islamic State Khorasan Province (IS-KP) claimed the incident and named Muhammad al-Uyghuri as the bomber. The bomber belongs to the Uygur community that traditionally inhabits the Xinjiang Province of China. The IS-KP release claimed the attack targeted both Shiites and the Taliban for their alleged willingness to expel Uyghurs to meet China’s demands.

Michael Kugelman, deputy director of the Asia Program at the United States-based Wilson Center noted that the attack could be a harbinger of more violence, adding: “if the (IS) claim is true, China’s concerns about terrorism in Afghanistan – to which the Taliban claims to be receptive – will increase.” Most of the Uyghur militants belong to the East Turkestan Islamic Movement, the outfit that has found a safe haven in the Af-Pak border region.

Pro-Islamic State media on Telegram had cautioned “Muslims in Iraq, Syria, Afghanistan, and Pakistan” to stay away from Shia religious places and houses as there was a possibility of suicide or Improvised Explosive Device (IED) attacks by IS and its affiliates.

This is the first attack on the Shia community since the Taliban gained de facto control over Kabul on August 15, 2021. The international community is yet to recognize the regime legally but is engaging with the group.

Significantly, this is the seventh major attack (each resulting in three or more killings) initiated by IS-KP since the Taliban gained control of Afghanistan. The six other attacks include:

October 3, 2021: At least nine persons, including five civilians, were killed in a suicide attack outside the Eid Gah Mosque in Police District 1 of Kabul city. The attack was claimed by IS-KP and the attacker was identified as Misbah-al-Kanari. The people had come to attend the funeral of Taliban’s  Deputy Minister of Information and Culture and spokesperson Zabihullah Mujahid’s mother.

October 2: At least four persons, including two civilians and two Taliban security members, were killed in a targeted attack that occurred in District 3 of Jalalabad city, the provincial center of the province.

September 22: Gunmen opened fire on a Taliban vehicle, killing two Taliban security personnel, a child, and a gas station attendant at a local gas station in Jalalabad, the provincial capital of Nangarhar.

September 18-19: At least five persons were killed and another 20 sustained injuries in a series of six blasts in Jalalabad. IS-KP claimed these six explosions through the group’s Amaq News Agency, on its Telegram channel.

Meanwhile, the Taliban has initiated a countrywide campaign to counter the IS-KP threat. Some prominent incidents include:

October 4: 10 members of a family allegedly affiliated with IS-KP were killed in an operation by the Taliban in District 17 of Kabul city.
October 1: Four Taliban security personnel were injured when a roadside bomb targeting their vehicle, planted by IS-KP, exploded in Charikar city of Parwan Province. Subsequently, Taliban security members arrested two IS-KP terrorists who revealed their hideout during questioning. Following the revelations, Taliban security persons raided the hideout killing and arresting an undisclosed number of militants.
September 23: Provincial Security officials of the Taliban said that three IS-KP militants were killed in the Akhundzada area of Jalalabad city, the provincial capital of Nangahar Province.
September 8: The Taliban reportedly assassinated Farooq Bengalzai, the Islamic State-Pakistan Province (ISPP)'s Balochistan emir (chief), while he was in Nimruz Province.
August 15: Taliban members killed the fourth emir of IS-KP, Zia-ul-Haq aka Abu Umar Khurasani, in Pul-i-Charkhi prison in the outskirts of Kabul.

The IS-KP vs. Taliban contest is also taking an ideological turn between the Taliban followers of Hanafi jurisprudence of Islam and the Salafist IS-KP. According to Abdul Sayed of BBC Monitoring,

According to my sources, the Taliban closed around 3-dozen Salafist mosques and seminaries in 16 Afghan provinces, most in Northern Afghanistan including Kabul.

Further, three Salafi clerics, believed to be IS-KP sympathizers, were killed in September 2021. Abu Obaidullah Mutawakkil and Muhammad Nabi Muhammadi were killed in Kabul on September 5, while Mullah Ibrahim was killed in Zabul Province in early September (specific date not available). Though the Taliban publicly denied being behind any of these incidents, it did not condemn these killings.

Significantly, IS-KP suffered major losses in 2019, but had subsequently reorganized under Shahab al-Muhajir aka Sanaullah after his appointment in June 2020 by Islamic State-Central, to lead IS-KP. Al-Muhajir also heads the Al-Sadiq office of the Islamic State, which covers the “Khorasan” region, including Afghanistan, Bangladesh, India, Maldives, Pakistan, Sri Lanka, and the Central Asian States. The reorganization certainly helped the group and it was able to intensify its activities.

According to the United Nations Assistance Mission in Afghanistan (UNAMA)’s Afghanistan Protection of Civilians in Armed Conflict midyear Update: 1 January to 30 June 2021, IS-KP was responsible for 439 civilian casualties (124 killed and 315 injured) during the period under review. There were 299 IS-KP linked civilian casualties (95 killed and 204 injured) in the corresponding period of 2020.

Further, many IS-KP militants fled the Pul-i-Chakri prison after the Taliban took over on August 15.

The primary objective of the recent IS-KP attacks is clearly to undermine Taliban rule, as well as to initiate a Shia-Sunni conflict in the country. The rhetoric employed by IS-KP points in this direction. On September 19, IS-KP released a video clip titled "The Taliban are supporters of the Shias."

Meanwhile, as expected, the Taliban is trying to downplay the IS-KP threat. Zabiullah Mujahid, asserted,

We don't call Daesh [Arabic acronym for IS] a threat, but we call it a headache… It creates headaches in some places but is immediately taken out in every incident; (they) have been chased out and their sanctuaries found.

Nevertheless, reports now warn that IS-KP might have infiltrated the Taliban rank and file to undermine the group from both outside and within, and the fight between the two Islamist extremist formations appears slated for escalation. Given the loose control the Taliban currently exercises over much of Afghanistan, it is likely to find it difficult to locate and neutralize the IS-KP leadership, as it lacks precise intelligence and air support.