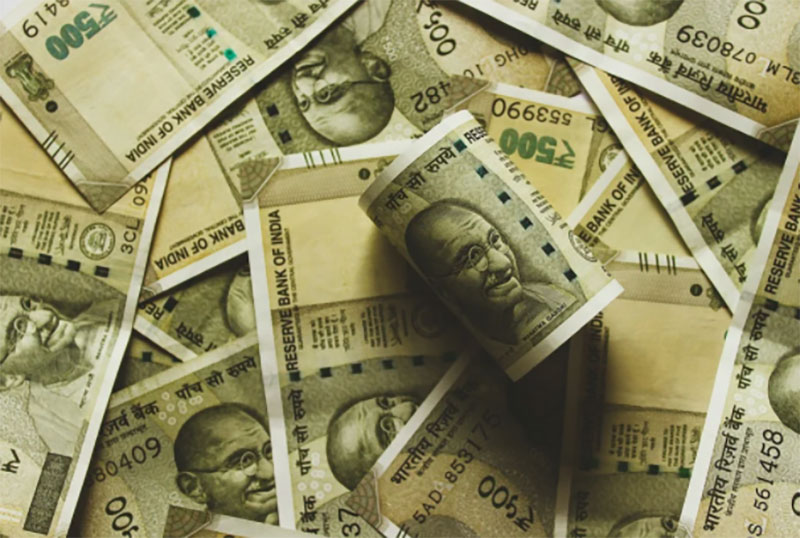 On October 1, 2021, Police arrested a 29-year-old man, identified as Bandu Khan, along with Fake Indian Currency Notes (FICNs) worth 197,000, from the Ladnun area in the Nagaur District of Rajasthan.

Station House Officer Rajendra Singh said that “the seized notes are of very high quality and cannot be easily distinguished from the real ones”.

Earlier, Police had arrested Rafique Khan from the Rambagh area of Jaipur, capital city of Rajasthan. Soon after his arrest, the Nagaur Police had received inputs that other members of his gang were still in possession of FICNs and were desperately looking for people to trade the notes with.

Police suspected that Bandu Khan had FICNs worth nearly 300,000 with him and “some of the FICNs were distributed by the accused” before his arrest.

On September 29, 2021, Darrang Police arrested five persons from a remote village in Darrang District, Assam, and seized 50 FICNs in the denomination of INR 500 and a printing machine used for printing of FICN, from their possession.

Two of the arrestees were identified as Nazrul Hussain and Hafizur of Lakhimpur District (Assam). The other three were Naga women identified as  Antoli Hayemi (31), Hukheli Sumi (31) and Jury (30).

On August 20, 2021, Delhi Police arrested two persons, identified as Mohammad Jakir, from Kardampuri in Delhi and Kamre Alam, from Sambhal, Uttar Pradesh, and recovered FICNs worth INR 400,000. The seized notes were in the denominations of INR 100 and 200. Deputy Commissioner of Police (Special Cell) Sanjeev Yadav disclosed,

During probe, we found that this syndicate is being run by one Sariq, who is based in Dubai and has links with Pakistan. His gang is involved in more than 50 cases of auto theft, robbery, dacoity. On the direction of Sariq, fake notes were circulated in Delhi and NCR [National Capital Region] and other states by the accused persons.

Addressing the Nation in the evening of November 8, 2016, while announcing his Government's demonetisation drive, Prime Minister Narendra Modi, had observed,

Enemies from across the border run their operations using fake currency notes. This has been going on for years. Many times, those using fake five hundred and thousand rupee notes have been caught and many such notes have been seized…

Sadly, breaking the supply chain of FICNs from across the border, one of the objectives of demonetization, seems to have failed miserably. On the contrary, the menace has increased.

Pakistan’s relentless involvement in the production and circulation of FICNs has long been established. Pakistan is believed to facilitate at least 28 important ‘FICN networks’, which operate out of Bangladesh, Nepal, Pakistan and Bangkok.

Countries including the United Arab Emirates (UAE), Sri Lanka and Malaysia have also been used as transit points. Apart from nationals from these countries, Indian security agencies have arrested FICN couriers from Somalia and Hong Kong as well.

SAIR has also highlighted the direct involvement of Pakistani authorities in such acts.

The then Defence Attache of the Pakistan Embassy in Kathmandu, Colonel Shafqat Nawaz, who actually represented the Inter-Services Intelligence, played a key role in organising the smuggling of FICNs.

His role came to light during the seizure of FICNs worth over INR 76.7 million from Tribhuvan International Airport in Kathmandu in May 2019.

The Defence Advisor at the Pakistan High Commission in Dhaka, Brigadier Kamran Nazir Malik, was also reportedly involved in patronising the smuggling of FICNs.

Earlier, in January 2015, on a report by the Dhaka Police, Mohamed Mazhar Khan, an assistant visa officer at the Pakistan High Commission in Dhaka was arrested and subsequently expelled from Bangladesh on charges of sheltering a major FICN syndicate.

According to a September 23, 2021, report, the National Investigation Agency (NIA) registered a case in a FICN smuggling racket, running out of Dhaka, Bangladesh, and controlled by Pakistan's  ISI. The report quoted an unnamed NIA officer as stating,

[The probe] has been taken up after noticing that a new module was involved in the transportation of very high quality fake Indian currency notes in the denomination of INR 500 and 2,000.

As per the NIA website, the Agency has been assigned to investigate at least 54 FICN related cases, as on September 24, 2021.

On this count, one of every 7.48 case investigated by NIA is related to FICN, with the total number of cases being investigated by the Agency at 404. Of these 54 FICN cases, judgment has been pronounced in four; of which direct Pakistani links have been confirmed in three. In the fourth case, a Bangladeshi link has been established.

Moreover, investigations by NIA and other agencies have established that FICNs have been used to fund terrorist/insurgent groups active in India. For instance, Lashkar-e-Toiba (LeT) operative David Coleman Headley, in his disclosures to US authorities, confessed to having been given INR 250,000 in FICN in Pakistan by his handler for a trip to India to set up the plot for the November 26, 2008, Mumbai terrorist attacks (also known as 26/11), which eventually resulted in 166 fatalities.

On March 31, 2021, the NIA Special Judge, Patiala House Courts, New Delhi, pronounced judgment in NIA Case No. RC11/2016/NIA/DLI (Conspiracy by Lashkar-e-Taiba) and convicted one accused, Bahadur Ali aka Saifullah Mansoor, a Pakistani terrorist belonging to LeT. Bahadur Ali was arrested at village Yahama Mukam in the Handwara area of Kupwara District, Jammu and Kashmir (J&K), on July 25, 2016,  along with a large quantity of arms, ammunition and FICNs.

Meanwhile, Minister of State in the Union Ministry of Home Affairs Nityanand Rai informed the Parliament on July 27, 2021, that the Government had taken various measures to check the smuggling into and circulation of FICNs in the country, which inter-alia, include:

Production, smuggling or circulation of High Quality Fake Indian paper currency, coin or any other material has been made a terrorist act under the Unlawful Activities (Prevention) Act, 1967.

An FICN Coordination Group has been formed by the Union Ministry of Home Affairs (UMHA) to share intelligence/information among different security agencies of the States/Centre to counter the problem of circulation of FICNs in the country.

A Terror Funding and Fake Currency Cell has been constituted in NIA to conduct focused investigation of terrorist funding and fake currency cases.

A Memorandum of Understanding has been signed between India and Bangladesh to prevent and counter smuggling and circulation of FICNs.

Training programmes are conducted for the officers of Bangladesh and Nepal Police to develop capabilities in the detection, investigation and effective prosecution of cases relating to FICNs.

The Reserve Bank of India has taken various measures, including augmenting security features on bank notes so as to render counterfeiting difficult and expensive, as well as running awareness programmes for the public and cash handlers so as to facilitate counterfeit detection.

48 special Courts have been established across the country for speedy trial of the cases investigated by the NIA, including fake currency cases. The maximum punishment, for offences related to FICNs is up to life imprisonment.

Despite these measures, the FICN being pumped into the country remains a challenge and its volume is, indeed, growing. Unless an effective deterrent is imposed on the sources in Pakistan, it is unlikely that India will succeed in neutralizing this problem.