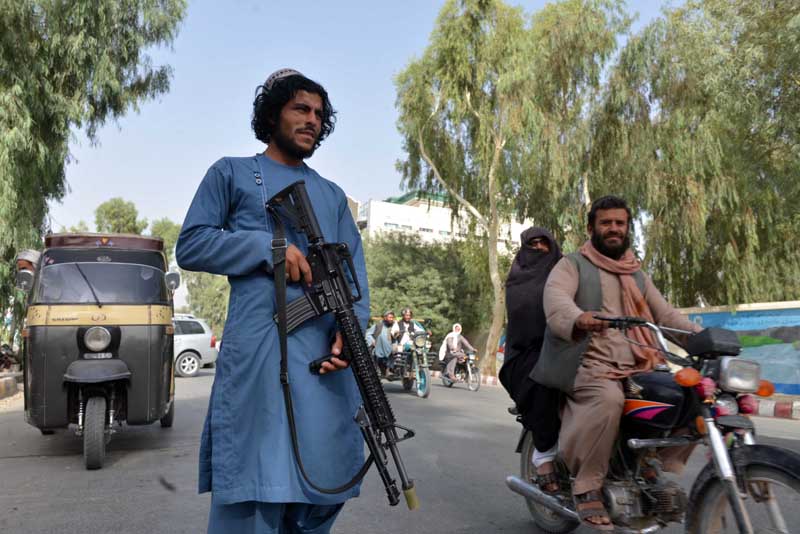 Snakes in the Backyard

On September 15, 2021, seven Army soldiers and five terrorists were killed during an intelligence-based operation (IBO) in the Asman Manza area of South Waziristan District in Khyber Pakhtunkhwa (KP). The Inter-Services Public Relations (ISPR), in a statement, disclosed that the operation was launched on intelligence about the presence of terrorists in the area.

On September 9, 2021, two Frontier Corps (FC) personnel were killed and another sustained injuries, after their convoy was fired upon by unidentified militants in the Buleda area of Turbat in Balochistan.

On September 7, 2021, two Army soldiers were killed in an improvised explosive device (IED) attack in the Dosalli area of North Waziristan District in KP. An ISPR statement indicated that the Security Forces (SFs) were conducting a ‘clearance operation’ in the Dosalli area, when the IED exploded.

On September 5, 2021, four FC personnel were killed and another 20 sustained injuries in a suicide attack near an FC checkpost on Mastung Road in Quetta, the provincial capital of Balochistan. A suicide bomber on a motorcycle packed with six kilogrammes of explosives rammed one of the vehicles in an FC convoy. The Tehreek-e-Taliban Pakistan (TTP) claimed responsibility for the attack.

Since the Taliban’s return to power in neighbouring Afghanistan on August 15, there has been a surge in attacks on SFs in the bordering provinces of Pakistan. According to partial data compiled by the South Asia Terrorism Portal (SATP), 25 SF personnel have been killed in 10 incidents of militant attacks on SFs in Pakistan, in the 35 days between August 16 and September 19. In the preceding 35 days, there were 18 fatalities. On an average 0.51 SF personnel were killed each day during 2021 before the Afghan Taliban assumed power on August 15. The average has since increased to 0.71.

Of the 10 attacks since August 16, TTP has claimed only one incident, while the remaining nine have remained unclaimed or unattributable. It is, however, widely believed that most of these attacks are the handiwork of TTP, which is the major terrorist formation operating in these regions.

With the coming of the Taliban to power in Afghanistan, the Pakistan establishment was hopeful that they would control TTP cadres who, according to Pakistan, were operating out of the bordering areas of Afghanistan. An August 23 report, quoting unnamed senior Pakistani officials, asserted that Pakistan had handed over a list of “most wanted terrorists” affiliated with the TTP operating from the Afghanistan, to the Afghan Taliban. Besides, reports claimed that the Afghan Taliban chief Haibatullah Akhundzada has set up a three-member commission to investigate Islamabad’s complaints that TTP was using Afghanistan to plot cross-border terrorist attacks. Pakistan is also hoping that the Afghan Taliban administration's announcement that they would not allow any terrorist groups to use their soil against any country would help it in dealing with the TTP.

However, both the Afghan Taliban and TTP are two sides of the same coin, and Islamabad's hopes may prove unrealistic. On August 28, Afghan Taliban spokesman Zabihullah Mujahid stated that the issue of the TTP was one that the Pakistan Government must resolve itself:

The issue of the TTP is one that Pakistan will have to deal with, not Afghanistan. It is up to Pakistan, and Pakistani ulema and religious figures, not the Taliban, to decide on the legitimacy or illegitimacy of their war and to formulate a strategy in response.

Indeed, as the Afghan Taliban started making rapid gains inside Afghanistan, the TTP was increasingly emboldened. In an interview with CNN on July 26, 2021, TTP chief Noor Wali Mehsud asserted that his group had a good relationship with the Afghan Taliban and hoped to benefit from the latter’s victories across the border. He further warned that TTP would continue its “war against Pakistan’s security forces” and declared that the outfit’s goal was to “take control of the border regions and make them independent.” This is the first time that TTP’s leadership has called for an independent state in Pakistan’s tribal areas.

Both the Afghan Taliban and TTP are principally Pashtun, and with the rest of the Pashtuns, are against the existence of any physical boundary along the Pakistan-Afghanistan border, which create barriers between families and relatives living on both sides of the border. Not surprisingly, the Afghan Taliban objected to the fencing of the Durand Line by Pakistan. Taliban spokesperson Zabihullah Mujahid declared, on August 30, 2021,

The Afghans are unhappy and oppose the fencing. The new Afghan Government will announce its position on this issue. The fencing has separated people and divided families. We want to create a secure and peaceful environment on the border so that there should not be any need to create barriers.

Afghanistan has long objected to Pakistan's unilateral decision of fencing the border and to formalize its century-old claims over the Durand Line.

On September 2, 2021, Deputy Inspector General (DIG) Frontier Corps (FC), North KP, Sajid Majeed declared that 98 per cent of the fencing work, which started in May 2017, had been completed and claimed that the remaining two per cent would be completed ‘soon.’ Once this was done, the 2,600 kilometres border with Afghanistan will be ‘fully secured.’

The United Nation (UN) Monitoring Team report submitted to the UN Security Council on June 1, 2021, draws attention to the increasing cross-border terrorist threat to Pakistan from TTP operating from Afghan soil. The report reiterates findings of earlier UN reports that had pointed out similar cross-border terrorist threats posed by the TTP, owing to its re-unification and strengthening in Afghanistan. The UN team noted that “a reunification took place in Afghanistan between TTP and certain splinter groups in the period from December 2019 to August 2020.” Al-Qaeda was reportedly involved in the mediation between the groups. The reunification of splinter groups with TTP increased its strength, “of which current estimates range between 2,500 and 6,000 armed fighters,” the report added, noting that “the upper range is more accurate.” UN monitors note that TTP “has distinctive anti-Pakistan objectives but also supports the Afghan Taliban militarily inside Afghanistan”.

On August 27, Director General (DG) ISPR, Major General Babar Iftikhar, conceded, "something can happen." On September 15, Federal Minister of Foreign Affairs Shah Mahmood Qureshi admitted that Pakistan was concerned about reports of TTP figures being released from prisons in the wake of the Taliban takeover of Afghanistan: "If those guys come and start creating problems for us over here, it will affect innocent lives and we don't want that."

Pakistan has started taking some measures to thwart the imminent threat. The Pakistan Government has already militarised the border. On July 24, Federal Interior Minister Sheikh Rashid Ahmed declared that Pakistan had moved the Frontier Constabulary, Levies Force and other militias from front-line positions along the Pakistan-Afghanistan border, as the Army had started to man those positions. Rashid Ahmed added that, FC Balochistan and other militias working under the Interior Ministry had been called back from border patrolling: “Paramilitary troops including the Frontier Constabulary, Levies, Rangers are deployed at the borders to deal with regular issues including illegal border crossing, smuggling etc… However, the current volatile situation (in Afghanistan) demands that regular military troops be deployed along the border.”

Islamabad is also making efforts to buy peace. On September 15, Federal Minister of Foreign Affairs Shah Mahmood Qureshi stated that, "if [the TTP] are willing to mend fences and not take the law into their hands and not get involved in terrorist activities and they submit and surrender to the writ of the Government and the Constitution of Pakistan, we are even open to giving them a pardon." Qureshi termed as "positive" the Afghan Taliban administration's announcement that they would not allow any terrorist groups to use their soil against any country, including Pakistan. He emphasised that Pakistan had been "continuously" pointing out TTP sanctuaries to the earlier Ashraf Ghani Government, "but they wouldn't move." It remains to be seen whether the Afghan Taliban acts on its assurances, Qureshi added.

On September 10, Pakistan President Arif Alvi admitted that "TTP [remains] a threat," but suggested that the Pakistani Government could consider giving an amnesty to those members of the TTP who have not remained involved in "criminal activities" and who would lay down their weapons and agree to adhere to the Pakistani Constitution.

Though Pakistan is hopeful that the Afghan Talban will co-operate to control TTP cadres operating out of Afghan territory, this is highly unlikely, given the close relationship between the two outfits. In such a scenario, the Pakistan-Afghanistan border is likely to see more violence in days to come.