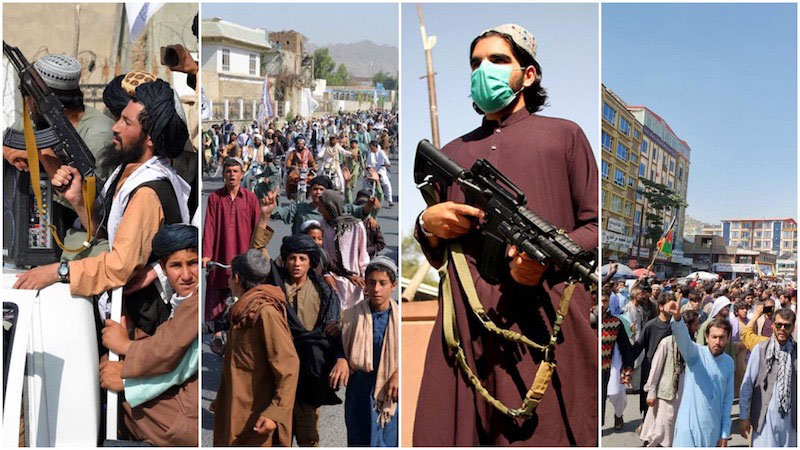 As the Taliban insurgents overran Afghanistan, some from the Muslim community in India celebrated the prospect of a hardline Islamic nation's rebirth after two decades. But thinking minds of the same community in India are red-flagging such outpourings as meaningless, irrelevant and muddled.

Voices from the Muslim community have urged those salivating at the prospect of a Taliban rule in Kabul to sit back and relax, as they are unlikely to gain anything- good or bad- from whatever transpires in there.

Even since resuming power, Diktats from the group has stopped co-education for girls and boys, while ordering women studying in private colleges to don the abaya and niqab in order to have their faces covered.

These are proof enough that the Taliban 2.0, coming back to power after two decades, are willing to vandalise women rights in the country.

Mehmood M Abdi, a Mumbai based lawyer who also founded the Lucknow-themed YouTube platform Culture Bazaar, has come down hard on those cheering for the Talibs.

"We Indian Muslims are in a state of confusion. When Bhutto Saab [Zulfikar Ali Bhutto] was hanged, there were rallies in Kashmir and when Zia's [Muhammad Zia-Ul-Haq] plane crashed, rallies were organised then too," the lawyer-video creator said at an online panel discussion on Taliban and Indian Muslims' reactions. 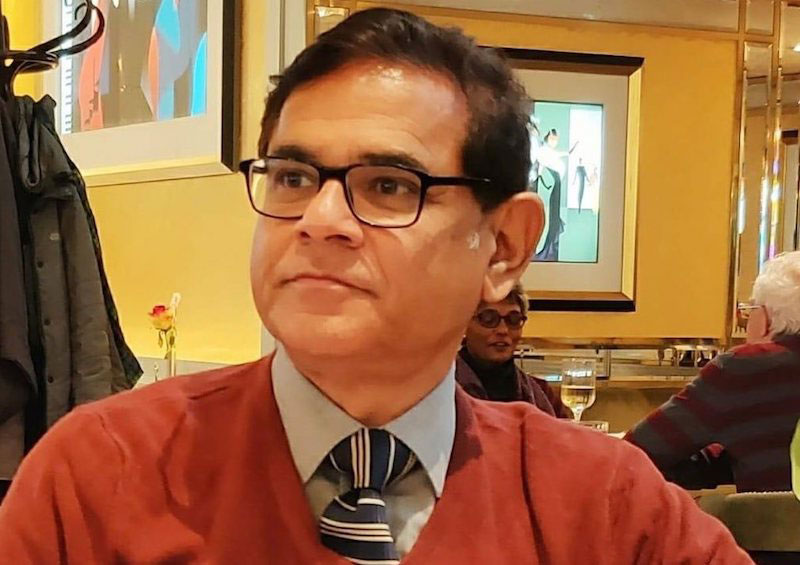 For the uninitiated, Zulfikar Ali Bhutto was the Prime Minister of Pakistan, who was deposed in a military coup by Zia, following civil disorder triggered by the assassination of Nawab Muhammad Ahmed Khan Kasuri, a political opponent of Bhutto's.

Zia, who became the sixth President of Pakistan after declaring martial law in 1977, had Bhutto hanged after a controversial trial by the Supreme Court in 1979. Zia himself died in a mysterious plane crash along with several of his high ranking generals.

Some in India, periodically,  sat on the fence, unsure of whom to support, albeit  ending up supporting both the oppressor and the oppressed.

"Those who like the Taliban can go to Afghanistan with their families and we will go to the airports and railway stations and bid them farewell," Abdi sneered.

"Go stay there...People stay in the Gulf countries for over 60 years and still they don't grant them nationality, it tells you what they think of us," the lawyer added.

The lawyer said people talk about Ummat (followers), however, the Gulf nations tend to be bitter towards one another.

"Recently there were fights between Azerbaijan and Armenia. Iran and Iraq keep on fighting. Who are they? These are Muslim countries fighting with each other. Whose side would you take there? Where is ummat in there?

"Now comes the discussion on good and bad Muslims and that is valid. Today, nationhood is a reality. Whenever there is talk of political boundaries, there is nothing such as Hindus and Muslims, they are indicators for different things. You will still be showing the passport issued by India. People will call you Indian. Just because my name is Abdi, I cannot say let me be a citizen of Iran. They won't allow it, and on the contrary, you'll be jailed." he added.

"People must understand the interest of India. If bombings take place here, the bomb that'll drop won't dicriminate between Hindus and Muslims. When the price of petrol goes up, it affects everyone. So, everyone must think of it as one. Both good and bad are collectively for everyone," he said.

Speaking about terrorism, Abdi said that in a way India has an advantage in the form of Pakistan, which acts as a buffer state.

"Hillary Clinton had said 'You can't keep snakes in your backyard and expect them to only bite your neighbor', let them deal with the Taliban. Once they cross Pakistan, we will deal with them. We have one of the best armed forces in the world, I don't think the Taliban will bother."

Speculating about the Taliban's march to Kabul, Abdi said it was a purposeful surrender by the Army. "How can a trained army of five lakh troops with the best of equipment not fight against those who travel by motorcycles?" he asked, adding, "Even now the Taliban are wary of anything Joe Biden says."

Abdi said the problem with Indian Muslim lies with its younger generation.

"Young people are attracted towards negativity. They support the villain more than the hero. These younger generations get inspired and join these fringe groups like LTTE, ISIS and once they get old, the group weakens. Older people like me are not easily susceptible to these."

He said people should talk about the humanitarian crisis that continues to plague Afghanistan, instead of discussing religion. He added that Indians should look at their own country and enjoy the freedom provided.

"Atheists are a big part of our society. In many countries, having such a view where you openly disown the existence of God will lead to your head being chopped off. Muslims stay in India with a lot of freedom," he said.

"Yes, there are inequalities in India, but these Afghan refugees coming to India will not leave the land after staying here for a few years," the lawyer added.

"India has a culture of forgive and forget and this is a Sanatan tradition. The same has rubbed off on the Muslims here. We don't chop each other's neck in India. And that is a reason Indian Muslims will never be able to fit in the Muslim world, we will be misfits there. In India, we have a composite culture. In other Muslim countries, they think there is just one religion- Islam."

Abdi also came down hard on the USA, calling Washington DC out for infusing the religious angle in Afghanistan.

"There was a nationalist angle during the Soviet occupation. It was the US who added the religious touch. They gathered the Muslims and formed the Mujahideen. When the same group turned against them, the US designated them as terrorists.

"It is the US' plan to give free access to the Taliban in order to keep China busy and perhaps keep Beijing's attention away from the South China Sea," he added.