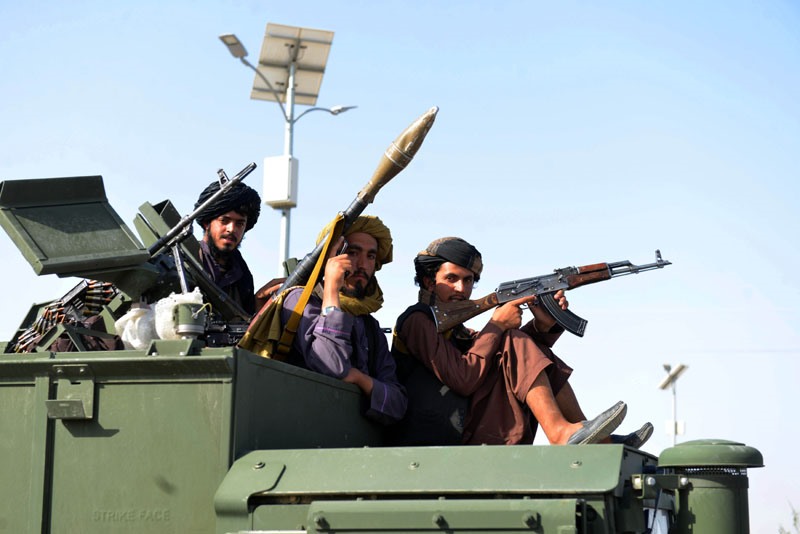 United States (US) Army Major General Chris Donahue, Commander of the 82nd Airborne Division, became the last US service member to leave Afghanistan, when he boarded a C-17 transport plane at Hamid Karzai International Airport in Kabul on August 30, 2021. The last US troops thus left Afghan soil exactly 12-days before the September 11, 2021, deadline originally set by the US President Joe Biden, and a day before Biden’s revised date for the mission’s end and evacuation, August 31.

Indeed, in his ‘Remarks on the Way Forward in Afghanistan’ on April 14, 2021, Biden announced that all foreign troops, including US troops “will be out of Afghanistan before we mark the 20th anniversary of that heinous attack on September 11th [2001].”

Over 12 years before this announcement, Barack Obama, the then US President, in his remarks ‘The New Way Forward – The President's Address’ on December 1, 2009, while announcing a ‘surge’ of “an additional 30,000 U.S. troops to Afghanistan" had declared that “after 18 months, our troops will begin to come home… I want the Afghan people to understand – America seeks an end to this era of war and suffering” and for this they would follow “a military strategy that will break the Taliban’s momentum and increase Afghanistan’s capacity over the next 18 months." Obama asserted, further, “America will have to show our strength in the way that we end wars and prevent conflict – not just how we wage wars.”

In between, the US made several announcements about the drawdown and the International Security Assistance Force (ISAF), constituted under US leadership under the Bonn Agreement 13 years earlier, in December 2001, officially concluded its combat mission in Afghanistan at an event held at ISAF headquarters in capital city Kabul on December 28, 2014.

Despite all the assurances and promises, the war and suffering of the people of Afghanistan continued.  According to United Nations Assistance Mission in Afghanistan (UNAMA)’s Protection of Civilians in Armed Conflict

Afghanistan remains among the deadliest places in the world to be a civilian, with the United Nations documenting more than 3,000 civilian deaths as a result of armed conflict for the seventh consecutive years.

Moreover, an official ‘threat assessment map’ of April 2009 showed 133 of Afghanistan’s 356 districts as high-risk areas, with at least 13 under “enemy (Taliban) control.” Now, barring Panjshir Valley, the whole of Afghanistan is under the Taliban. More interestingly, several Taliban leaders, including the chief Abdul Ghani Baradar, are still under United Nations Security Council Consolidated List, last updated on September 6, 2021. Baardar, who was Deputy Minister of Defence under the Taliban’s previous regime (1996-2001), is slated to head the new Taliban Government which is to be formed soon.

Indeed, there is nothing to suggest that US has strength to "end wars and prevent conflict - not just how we wage wars" as Obama boasted. Afghanistan has been handed over to the same Taliban against which the US commenced its vaunted Operation Enduring Freedom way back on October 7, 2001. Al-Qaeda was another target. While Osama bin Laden, the leader of the group, was eventually killed in a US operation at Abottabad, Pakistan, on May 2, 2011, after a near-decade-long hunt, the outfit continues to thrive as the relation between the Taliban and Al-Qaeda remains as strong as it was in 2001. The UN 28th Monitoring Team Report released on July 21, 2021, noted,

Al-Qaida is present in at least 15 Afghan provinces, primarily in the eastern, southern and south-eastern regions. Its weekly Thabat newsletter reports on its operations inside Afghanistan. Al-Qaida in the Indian Subcontinent (AQIS) operates under Taliban protection from Kandahar, Helmand and Nimruz Provinces.

At this time, Afghanistan is in utter disarray with the terrorist Taliban at the helm and its ‘mentor’ Al-Qaida thriving. More worryingly, the Islamic State, which lost its territory in Iraq and Syria is also experiencing a resurgence in Afghanistan, where the Islamic State Khorasan Province (IS-KP) carried out one of the deadliest attacks recorded in the country on August 26, 2021, killing at least 213 people, including 13 US servicemen.

Crucially, the growing proximity of the Inters-Services Intelligence (ISI), Pakistan’s external intelligence agency, to IS-KP is now an open secret. The ISI, the fountainhead of terrorism in the region, has now secured a free hand to exploit Afghan territory to export terrorism to the outside world, while maintaining ‘credible deniability’ of its own involvement. Indeed, ISI’s Director General Lt. Gen. Faiz Hameed arrived in Kabul to meet with Taliban representatives on September 4.

In his remarks on December 1, 2009, Obama stated: “Our success in Afghanistan is inextricably linked to our partnership with Pakistan.” The US failure is the price it has had to pay for its blind dependence on a deceitful Islamabad.

Recent developments, meanwhile, indicate that another 'super power', China is increasingly involved in Afghanistan's affair. The reason, not unlike America's declared goal to secure itself from future terrorism, is to protect its Xinjiang Province from terrorist threat. Beijing has worked with the Taliban and the Haqqani network for the past several years to track down Uighur Muslim militants in Afghanistan. Chinese State Councilor and Foreign Minister Wang Yi On, after his meeting with Mullah Baradar in Tianjin, China, on July 28, 2021, observed,

The Afghan Taliban is an important military and political force in Afghanistan and is expected to play an important role in the country's peace, reconciliation and reconstruction process.

Not surprisingly, Taliban spokesman Zabihullah Mujahid, in an interview published on September 2, 2021, declared,

China is our most important partner and represents a fundamental and extraordinary opportunity for us, because it is ready to invest and rebuild our country… [There are] rich copper mines in the country, which, thanks to the Chinese, can be put back into operation and modernised. In addition, China is our pass to markets all over the world.

At this juncture it appears that the China is essentially interested in supporting the Taliban regime economically, to stop the country's hurtling towards further chaos.

We are managing the situation. Of course, it's a difficult situation. We are under the invasion of the Taliban and Pakistanis and Al Qaeda and other terrorist groups. We have held the ground, we have not lost territory.

Significant elements in the general population continue to oppose the Taliban’s brutality. Notably, at least 17 people were killed and 41 injured during celebratory firing by the Taliban in Kabul on September 3, to mark purported ‘gains’ on the battlefields in Panjshir.

Reports continue to flow in that the ISI is moving terrorists to ‘safe ground’ in Afghanistan, to evade international pressure.

While Afghanistan appears to be securely in the Taliban’s stronghold, the situation remains unstable, with reports of factionalism within the group, and significant challengers waiting in the wings. It remains to be seen to what extent China commits itself to, or indeed, the Troika+ of China-Russia-Pakistan-US continue to meddle in, the Afghan quagmire, or whether regional and world powers will commit the even graver mistake of relying on Islamabad, a duplicitous ‘ally’ in the ‘war on terror’. Despite America’s disgrace and the disorders of the eventual evacuation, great-power rivalry on Afghan soil, and the consequent ordeals of the Afghan people, are far from over.