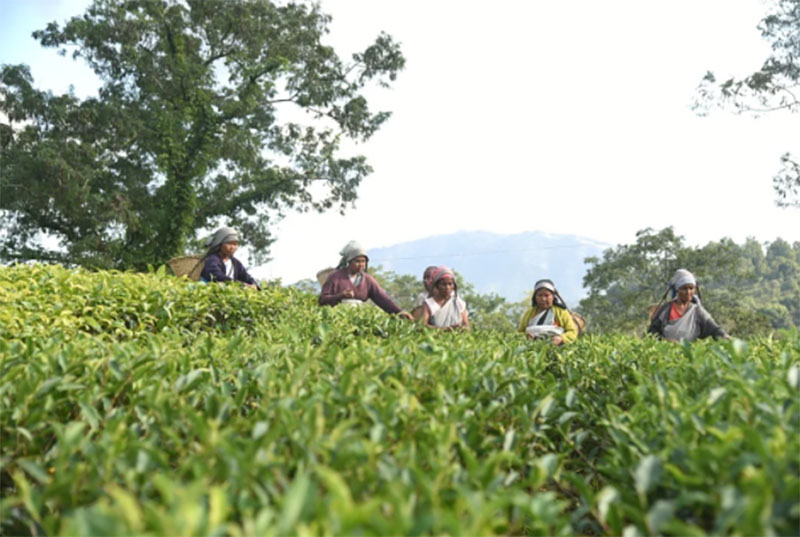 On August 13, 2021, a combined Police team of East Khasi Hills and East Jaintia Hills had gone to Mawlai-Kynton Massar locality in Shillong (East Khasi Hills District) to arrest former Hynniewtrep National Liberation Council (HNLC) ‘general secretary’ from his home.  However, the former militant resisted and held a knife forcing the police to shot in self-defense leading to his death.

On the same day, a conglomeration of 10 organisations, named Ka Sur u Paidbah Mawlai (the voice of Mawlai people in the Khasi language), announced to observe a “black flag day” on August 15 (India’s Independence Day) to express solidarity with the family members of Thangkhiew. The former militant Thangkhiew was from the Mawlai area.

Indeed, on August 15, and thereafter number of violent incidents have been reported. These included:

August 17: Four vehicles were damaged when miscreants pelted stones on the escort vehicles of Meghalaya Governor while it was returning from Guwahati (Assam) Airport, on the stretch of National highway at Mawlai area of Shillong city, in East Khasi Hills District. The escort was returning to Shillong after dropping off Governor Satya Pal Malik in Lok Priya Gopinath Bordoloi International Airport in Guwahati.
August 16: Unruly mobs damaged a vehicle belonging to the Indian Reserve Battalion in Shillong, the capital of Meghalaya, in the East Khasi Hills District.
August 15: Unidentified miscreants lobbed a petrol bomb (Molotov cocktail) at the residence of Chief Minister (CM) Conrad K Sangma at Third Mile in the Upper Shillong area of Shillong city.
August 15: Unidentified miscreants pelted stones at a truck in Jaiaw Langsning in Shillong city.
August 15: Unidentified miscreants wearing masks hijacked a Police vehicle belonging to the Mawkynroh-Umshing Police Outpost. The miscreants also took away three INSAS rifles and later set ablaze the vehicle at Jaiaw Pdengshnong area of Shillong.
August 15: A vehicle carrying Central Reserve Police Force (CRPF) personnel were attacked by protesters at Mawlai Nongkwar in Shillong.

Also, on August 15, those who participated in his funeral procession shouted slogans such as ‘Long Live HNLC’.  On August 19, a protest march was taken out under the aegis of “Ka sur jong ki Nong West”   (Voice of Nongstion) to express solidarity with the family members of Thangkhiew where protestors alleged  that it was a ‘fake encounter’

The services have now been restored.

Also, curfew imposed in East Khasi Hills District, was relaxed after two days on August 18 (from 5am to 4pm) in view of the improvement in the law-and-order situation.

Considering the gravity of the situation, I would request you to relieve me of the Home (Police) Department with immediate effect. This will facilitate free and fair enquiry undertaken by the government to bring out the truth behind the incident [killing of Thangkhiew]. I propose judicial enquiry be conducted.

His resignation is yet to be accepted.

August 10: Two civilians were injured in a low-intensity IED blast in the parking lot of Laitumkhrah market in Shillong of East Khasi Hills District.

July 14: An IED explosion occurred at one of the Police reserves at Khliehriat in East Jaintia Hills District. One policeman was injured in the blast.

Director General of Police (DGP) R. Chandranathan after the killing of Thangkhiew asserted that Police had “clinching evidence” of his involvement in the August 10 attack and a tip-off that another blast was being planned.

The government on its part wanted them to first surrender with arms and ammunition and only then would they talk to the outfit. It is this battle of nerves that the HNLC is engaged in, and the IED blasts are meant to send a message that they still have firepower..

According to partial data collected by South Asia Terrorism Portal, HNLC was involved 37 incidents of killing leading to death of 57 persons (16 civilians, nine Security Force personnel, 31 militants and one Not Specified), since March 6, 2000, when SATP started compiling data.

55 of these killings were reported between 2000 and 2009, a period during which at least one HNLC-linked killing incident was reported in a year, barring 2004. Over the period, the outfit weakened considerably due to sustained pressure of the SFs. On September 27, 2003, HNLC ‘commander-in-chief (Western Command), Delphinus Myrthong alias Khraw was killed during an encounter near Nongstoin in the West Khasi Hills District. SFs arrested 296 militants, including ‘Seargent Major’ Joplin Pohtam (July 19, 2010) who was a trusted aide of HNLC 'commander-in-chief' Bobby Reagan Marwein. 150 militants, including founding ‘chairman’ Julius Dorphang (2007) and ‘General Secretary’ Cheristerfield Thangkhiew (2018) surrendered,  surrendered before the authorities.

The outfit cadres on May 12, 2019, shot at and injured Romeo Lyngdoh, a villager residing along the Indo-Bangladesh border in Lapalang village in East Khasi Hills District. He succumbed to his injuries a day later.

Nevertheless, the militant group failed to draw cadres. On August 14, 2021, DGP Chandranathan informed that there are 30 HNLC overground workers in the State and only 16 cadres in Bangladesh.

Having failed to resurrect the outfit, it showed eagerness to enter into a negotiation with the Union and State Governments. CM Cornad Sagma on August 14 revealed that HNLC had sent a letter on January 16, 2021 which was forwarded to the Union Government. The Union Government has objected to Standstill Agreement and the Instrument of Accession mentioned in the letter. CM Sangma said,

HNLC claims that the promises made under the Standstill Agreement were not honoured. On August 9, 1947, all 25 ‘Khasi States’ signed the Standstill Agreement with Governor of Assam which confirmed that the agreements and administrative practices that existed between a princely state and the British Government will continue in independent India. As pe the agreement, ‘Khasi States’ ceded only some governance rights to India, while the rest were to be exercised by the Khasi chiefs.  HNLC also wants to revisit and review the Instrument of Accession treaty signed between the 25 ‘Khasi States’ and the Government of India between December 15, 1947- March 19, 1948, as HNLC believes that the Khasi Syiems (Khasi Chiefs representing the traditional authorities) had signed  the Instrument of Accession at "gunpoint.”

As the Union Government was in no mood to give up to the HNLC’s demand, it started issuing threats and warnings, and even carrying out attacks.

In one such incident, on March 30, 2021, HNLC had warned to identify and impose ‘death penalty’ against individuals indulging in Benami transactions, middlemen, and corrupt Government officials.

We will not give up violence until the government comes up with something concrete. We are not ready to shun violence until and unless an interlocutor is appointed [to facilitate peace talks].

On August 10, 2021, while claiming the blast HNLC warned the Meghalaya High court for its order to ban "the statements of HNLC or any organization… relating to strike, Bandh, Hartal",

We urge the High Court to scrap such order failing which something worse may happen in public places from now onwards and we will not be responsible for it.

It also questioned the role of the media and threatened,

The media houses are expected to be neutral. But if they continue to comply with the order of the High Court by not publishing our statement then they are no longer independent. We will consider them as our enemy.

Notably, Meghalaya High court in its order dated May 27, 2015 had pronounced

…the statements of HNLC or any organization… relating to strike, Bandh, Hartal, Road Blockade and holding of Rallies with unlawful design shall not be issued by any of the print and electronic media. In case of violation of this order, the Court may not only proceed under the Contempt of Courts Act, but it is also directed that the State Government shall register criminal cases under appropriate provisions of the law.

We will take revenge from Herman, Treng and especially Lahkmen Rymbui, as without his order, the incident of killing (Chesterfield) wouldn't have taken place. We will see for how many years Rymbui will sustain on his current position.

Herman and Treng are surrendered HNLC cadres while Rymbui is the State Home Minister who resigned.

Also, HNLC has recently stepped-up extortion demands. CM Conrad Sangma on August 20, 2021 stated, “All of us know that the banned outfit HNLC is sending [extortion notices] them.”

In such a situation restoring the law-and-order situation is utmost. Also, the government must tread cautiously to ensure that insurgents are devoid of  any opportunity to incite general masses as  even marginal rise in public anger may end up giving legitimacy to the militant group which has become a marginal player.