Psychologists have identified a condition which affects people who are repeatedly exposed to the suffering of others. They call it compassion fatigue.

When empathy drains away and is replaced by frustration, people often lose their motivation to resolve problems.

Is it possible that compassion fatigue is hardening Bangladesh’s attitude towards the Rohingya refugees?

Some recent reports in the media suggest that the country’s government is planning to hide the Rohingyas away in a remote location, to forget about their plight.

However, my reading of the situation is quite different. I believe that Bangladesh’s leaders remain compassionate. But now that the early emotions of shock have subsided, a new and more sophisticated form of compassion is developing, which includes a fresh approach to problem-solving.

It is very clear to me that any robust plan to help the Rohingyas must receive international support. This has been the theme of top level meetings this summer between representatives of Bangladesh, India and China.

India’s External Affairs Minister S Jaishankar recently reaffirmed his commitment to assisting Bangladesh in the repatriation of the Rohingya refugees to Myanmar, during a meeting in Uzbekistan with Bangladesh’s foreign minister, Abdul Momen.

Mr Momen also discussed the issue with his Chinese counterpart, Wang Yi, at a conference in Tashkent. The Chinese said they would be prepared to broker talks on the matter between Bangladesh and Myanmar.

When the Rohingya originally flooded across the border into Bangladesh in 2017, following a situation described by the United Nations as a ‘textbook example of ethnic cleansing’, Prime Minister Sheikh Hasina was praised by the Wall Street Journal as ‘the face of compassion’.

She was clearly moved by the persecution of the Rohingya Muslims at the hands of the Burmese military. It is estimated that more than a million refugees have been given shelter in Cox’s Bazar. 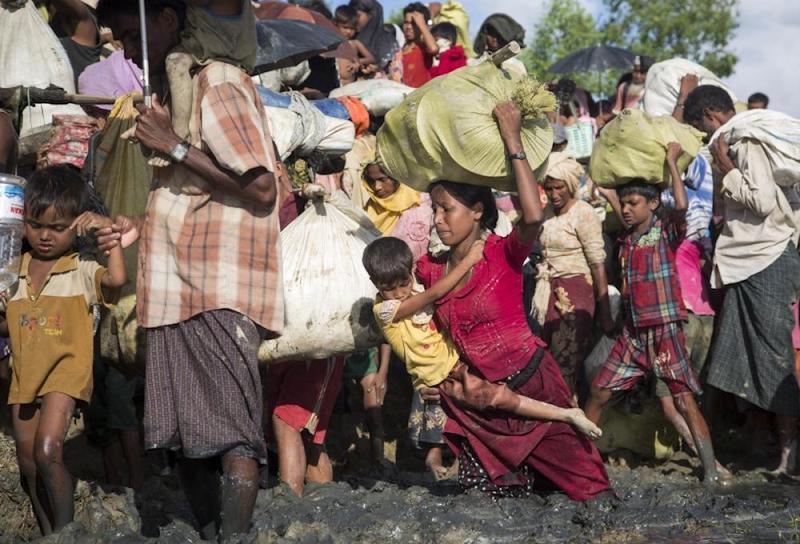 Yet in a recent speech to a conference on international security in Moscow, Sheikh Hasina insisted that Bangladesh cannot resolve the crisis alone. She also warned that the refugee crisis is creating mountingproblems in the region.

Indian authorities have arrested several Rohingya over the past months for crossing the border without permission. Junior Home Minister Nityanand Rai has told parliament that those entering the country illegally, including the Rohingya, must be considered a "threat to national security".

India is not a signatory to the UN Refugee Convention and rejects a UN position that deporting Rohingya back to Bangladesh places them in danger.

There is also an economic issue. Bangladesh spends an estimated $1.2 billion a year supporting the refugees and costs rise as the population of the camps increases. Some countries have been generous with their help, especially the United States. However, the flow of assistance is decreasing.

In the wake of these challenges, Bangladesh is offering new homes to the Rohingya refugees on an island called Bhasan Char. Some 20,000 people have been relocated thus far, with more to follow.

The Bhasan Char camps are not luxurious. However, nor are they akin to prisons, as some foreign press reports have suggested. The goal is modest: to offer a safe environment, basic education and medical support to the residents until they return to their homeland.

There is a glimmer of hope on the horizon. Myanmar’s so-called government-in-exile has changed its approach from the previous civilian government and indicated that it will now recognise and welcome home the Rohingyas.

However, the problem is that the National Unity Government holds no power. That rests in the hands of the junta, led by military General Min Aung Hlaing. Until the political situation changes, the chances of the Rohingya returning safely to their homes seem desperately remote.

Given the circumstances, I believe the Bangladesh government is doing its best to create a better outcome for the refugees than their present situation. But other countries, including India and China, also need to play their part in creating a sustainable solution.

(Duncan Bartlett is the Editor of Asian Affairs magazine and has reported from Bangladesh for the BBC and other outlets. He is a Research Associate at SOAS, University of London and is currently teaching diplomacy and international relations on the Economist Executive Education course, A New Global Order.  The opinion expressed is of the writer. )