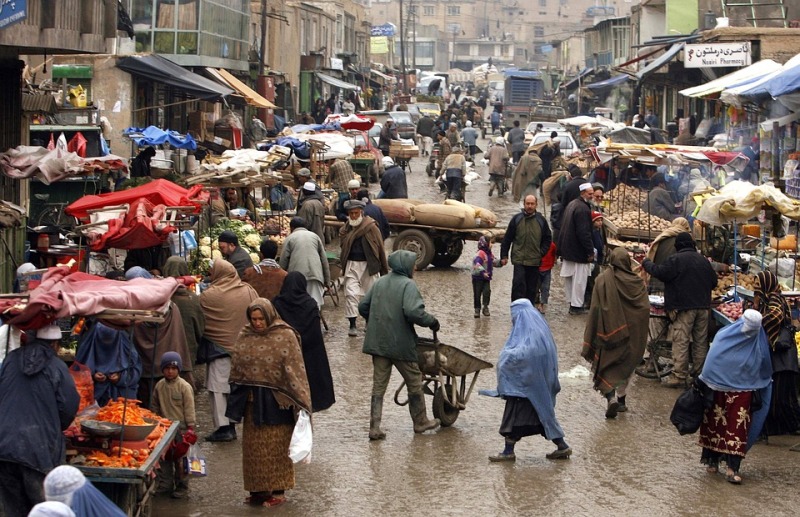 On June 15, 2021: Five health workers were killed and another four wounded in five separate shooting incidents during a polio vaccination drive in Nangarhar Province. Ataullah Khogyani, spokesperson for the provincial Governor disclosed that the incidents occurred when unknown gunmen fired on the polio vaccination teams in the provincial capital, Jalalabad city, and suburban districts of Khogiani and Surkh Rod.

On April 12, 2021: Unidentified gunman killed a doctor, Mohammad Saleh, Chief Physician at 209 Shaheen Corps, and his driver at Ferdawsi Square in District five of Mazar-e-Sharif city in Balkh Province.

On May 5, 2021: A bomb targeted a minibus carrying medical workers in the Kalakan District of Kabul Province, killing one medic.

According to partial data compiled by the South Asia Terrorism Portal (SATP), since April 1, 2021, at least 10 medical staff and vaccinators have been killed in Afghanistan (data till June 20, 2021). Of these, eight killings have been reported from the eastern province of Nangarhar.

According to United Nations Assistance Mission in Afghanistan (UNAMA), Annual Report, Afghanistan Protection of Civilians in Armed Conflict compilation, Afghanistan has recorded 615 incidents of attacks on health facilities and personnel since 2011 (data till March 31, 2021). 2021, has already seen 21 such incidents (from January 1 to March 31).

Health professionals: doctors, polio vaccinators, nurses, medical staff and various medical facilities are under increasing attack in Afghanistan, with a majority of killings taking place in the eastern province of Nangarhar.

The situation in the south and eastern provinces [of Afghanistan] has been problematic for many years because of the bans imposed by the Taliban as well as the Islamic State, which briefly controlled parts of the country…

The Taliban has been opposing the polio vaccination drive since 2018, accusing health teams of acting as spies. In May 2018, the militants banned not only door-to-door vaccination, but even vaccination at clinics in their 'territory', largely in eastern Afghanistan. Later, as reported on May 9, 2019, furnishing reasons for the ban, Taliban 'spokesman' Zabihullah Mujahid told the Afghan Analysis Network via WhatsApp,

Several people were arrested, who had entered Taleban-controlled areas, calling themselves vaccinators, but actually collecting intelligence data. Such had been appointed to identify the houses [and] residential areas of Taleban commanders and leaders. The vaccinators would leave chips [GPS tracking devices] in houses, so that the government would identify that house and locate it for targeting. This clearly shows that the enemy was seriously misusing the polio vaccination drive.

The situation deteriorated further, when a call for nationwide ban on all vaccinations was made in April 2019 for a period of five months. In 2020, hopes were raised that the Taliban would allow teams to vaccinate at central points in Taliban territory, but the final go-ahead has not yet been given (as of June, 2021). An un-named senior Taliban figure said,

At the moment no decision has been made. The polio door to door campaign has been absolutely banned by top leadership.

The violence against medical professionals, especially polio vaccinators, causes immense worry, as Afghanistan struggles to stamp out a disease that has largely been eliminated around the world. Unfortunately, Afghanistan is, alongside Pakistan, one of the last countries in the world where polio is endemic. The third – Nigeria – was declared polio-free in 2020. Afghan authorities say nearly 10 million children are now in need of vaccination against polio. Of those, authorities are unable to reach approximately three million children living in areas under control of Taliban militants, especially in Helmand, Uruzgan and Kandahar provinces.

Nevertheless, as reported on March 18, 2020, frightened by the prospect of a coronavirus epidemic in parts of Afghanistan under their control, the Taliban ‘pledged’ their readiness to work with healthcare workers instead of killing them. Also, reports in April 2021 indicate that many top members of the Taliban, including Taliban’s ‘chief’ Haibatullah Akhundzada and Taliban’s ‘deputy chief’ Sirajuddin Haqqani, contracted the COVID-19 virus.

Back in September 2020, the Taliban lifted a ban on the World Health Organisation and Red Cross from operating in militant-held territory, having warned them off in April 2020 because of suspicions over the polio vaccination campaigns. Interestingly, Waheed Omer, an aide to President Ashraf Ghani, disclosed that he was still seeing reports of Taliban harassing health workers in some areas. “It should be stopped immediately”, he Tweeted on March 19, 2021.

Over the course of the period under review, the Taliban abducted 23 healthcare workers in seven separate incidents across six provinces and regions of Afghanistan. The healthcare workers were held on average for 12 days, with the longest abduction lasting for 26 days.

In spite of the ongoing pandemic, on May 12, 2020, unidentified terrorists attacked a maternity ward run by Médecins Sans Frontières (MSF) (Doctors Without Borders), killing 23 civilians in the Dasht-e Barchi area of Kabul city. Security Forces killed four terrorists on the site, who, an eyewitness said, were wearing Afghan military uniforms.

The conflict in Afghanistan has had a catastrophic impact on the healthcare system. According to the Human Rights Watch report, titled, "I Would Like Four Kids - If We Stay Alive," dated May 6, 2021,

The World Health Organization has estimated that up to 3 million Afghans were deprived of essential health services in 2020 alone due to closure of health facilities by parties to the conflict, including the Taliban, groups affiliated with the Islamic State of Khorasan Province (ISKP, an affiliate of the Islamic State, also known as ISIS), and Afghan government forces.

In the meantime, the Taliban is making rapid gains in the battlefield since the beginning of the North Atlantic Treaty Organization’s (NATO's) official troop withdrawal from Afghanistan on May 1, 2021. The Taliban has taken over at least 30 districts from Afghan Forces, and the number is rapidly increasing. The Taliban is now present in almost every province of Afghanistan and is encircling several major cities, a repeat of their strategy of the mid-1990s.

The security situation in Afghanistan is slated to deteriorate further. The health sector, like any other sector, will suffer the consequences of increased chaos.