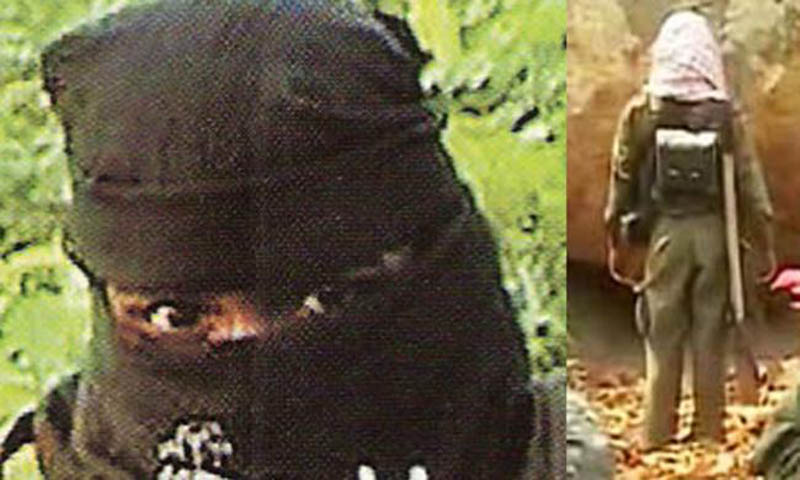 On January 10, 2021, two cadres of the People’s Liberation Front of India (PLFI), a splinter group of Communist Party of India-Maoist (CPI-Maoist), were arrested by Security Forces (SFs) in the Lowahatu Forest area under Taibo Police Station limits in the West Singhbhum District. SFs recovered a country-made gun, a cycle, a battery charger, a wireless set, 10 mobiles and Naxal [Left Wing Extremism, LWE] literature, among other items, from their possession.

On January 9, 2021, Police arrested two Maoists from Sasangsal under the Goeilkera Police Station area in West Singhbhum District. Both the arrestees were involved in executing explosions at the building of the Forest Department located in Barkela on July 12, 2020. They were also wanted for planting Improvised Explosive Devices (IEDs) and other incidents in the District.

On January 2, 2021, Police arrested two cadres of the Tritiya Sammelan Prastuti Committee (TSPC/TPC), a splinter group of the CPI-Maoist, along with money collected as ‘levy’ and various incriminating documents, in Latehar District. The duo was identified as Kamlesh Yadav and Priyanka Devi aka Sushma Devi, wife of TSPC ‘commander’ Rakesh Ganjhu. Items recovered from their possession included a sum of INR 24,300 collected as a levy, a bank passbook, ATM card, Naxal literature, a notebook, and Nepali Currency.

Thus, six Naxalites have been arrested in the State in 2021, thus far (data till January 17). During the corresponding period of 2020, nine Naxalites were arrested.

Moreover, according to partial data collated by the South Asia Terrorism Portal (SATP), SFs killed 18 Naxalites in the State in 2020, while they lost two of their own personnel, yielding a kill ratio of 1:9, the best kill ratio achieved against the Naxals in the State since March 6, 2000, when SATP started compiling data on Left Wing Extremism.

Crucially, the number of Districts from where killings were reported also decreased in 2020 as compared to 2019. Out of a total of 24 Districts in Jharkhand, fatalities were reported from 13 in 2020 – West Singhbhum (11); Chatra and Gumla (three each); Lohardaga (two); Bokaro, Giridih, Hazaribagh, Khunti, Latehar, Ranchi, Koderma, Seraikela-Kharsawan and Simdega (one each). 15 Districts recorded such fatalities in 2019 – Khunti (14); Gumla and Seraikela-Kharsawan (seven each); Lohardaga (six); Giridih and Latehar (five each); Chatra and Hazaribagh (four each); West Singhbhum (three); Dumka, Palamu and Ranchi (two each); Garhwa, Ramgarh and Simdega (one each).

The State also saw a fading influence of PLFI, and other CPI-Maoist splinters.

The overall security situation in the State thus improved significantly in 2020. Jharkhand Police spokesperson and Inspector General (IG) Saket Singh observed, as reported on December 8, 2020, “The activities of CPI-Maoist are now confined to small pockets in the State because of our efforts. The Police also had encounters with the PLFI recently, reducing their strength.”

Concerns, however, persist. Rebel hotspots continue to exist in the State, such as the tri-junction of Ranchi, Khunti, and West Singhbhum Districts, as well as the Parasnath Hills in Giridih, and Budha Pahar in Bokaro.

According to a November 17, 2020, report, in recent years, the activities of three prominent Maoists, including Maharaja Pramanik, Amit Munda, and Ravindra Ganjhu, have increased significantly in the State. Among these, Ravindra Ganjhu, the ‘zonal commander’ of the CPI-Maoist and a notorious Naxalite, operates in Lohardaga, Gumla and Latehar Districts of the State. Ganjhu carries a cash reward of INR 1 million on his head and remains a challenge for the Police in the three Districts.

Moreover, a November 18, 2020, report observes that the Maoists have issued a decree to kill Special Police Officers (SPOs) and have pasted posters in this regard in several Maoist-affected Districts of Jharkhand, including Lohardaga, West Singhbhum, Giridih and Ranchi. The Maoists’ ‘Koyal Shankh Zone committee’ pronounced the death penalty for those who work as SPOs in these Districts.

On January 13, 2021, cadres of PLFI, put up a poster at Gudri Bazar in Lohardaga District, warning ‘Police informers’ and businessmen of dire consequences if they pass on information about the group to the Police or refuse to meet PLFI demands of PLFI. The poster urged the local masses to unite against ‘oppressive forces’ and threatened industrialists with the PLFI’s wrath if they continued to ‘exploit the poor class’. Through the poster, PLFI also asked Police “not to conduct fake encounters and refrain from targeting innocent villagers.”

According to a January 14, 2021 report, apart from the CPI-Maoist, there are at least 17 splinter outfits still active in the State. A majority of these splinter groups, as well as Maoist associates, are involved in extorting money from businessmen, trafficking children, and other criminal activities.

To meet these challenges, SFs have sustained an aggressive campaign on the ground. On December 8, 2020, the Director General of Police (DGP) M. V. Rao declared, “The operations against the extremists are continuing. No efforts will be spared to eradicate the menace of extremists from the State.”

SFs have also taken several additional steps to secure the region. A November 23, 2020, report observed that, as a part of the measures by the Jharkhand Police and Central Reserve Police Force (CRPF) to build confidence among the villagers affected by Naxal activities across the State, a CRPF camp was set up at Pandeydih village under Pirtaand Block (administrative unit) in Giridih District, close to the residence of Ajay Mahato, a member of the Special Area Committee of the CPI-Maoist, carrying a cash reward of INR 2.5 million on his head. Apart from Mahato, who is active in the corridor between Parasnath and the West Bengal and Orissa borders, other Maoists including Karamchand Manjhi and Dhiren Da, also hail from the same village. Previously, the Pirtaand block was an impregnable fortress of the Maoists, but has crumbled in the face of the CRPF's growing dominance. Jharkhand Police Spokesman and IG, Saket Singh thus noted,

The camp at Pandeydih is strategic for several reasons as the village is located near the foothills of the Parasnath Hills. Our presence there will prevent the extremists from coming down from the hills to the villages for fulfilling their requirements such as food. Similar camps have been opened in the forest areas of other sensitive Districts like Latehar, Garhwa, Seraikela and Chaibasa.

On January 5, 2021, in view of expediting the ongoing development projects in Naxalite affected areas in Jharkhand, including the West Singhbhum and Seraikela-Kharsawan Districts, K. Vijay Kumar, Senior Security Advisor, UMHA, convened a meeting of Police and Paramilitary Forces in the Sonua Block in West Singhbhum District. During the interaction, the Vijay Kumar emphasized the urgent need for better coordination between the Police and CRPF, to flush out Naxalites in the affected areas of the State.

Despite declining trends in violence, a significant combat zone remains in Jharkhand, where the Naxalites continue to pursue their goal of regaining and expanding their hold. Intensive and aggressive SF operations in the affected areas are, consequently, necessary in order to thwart attempts of a Maoist revival and to consolidate the SF successes already achieved.