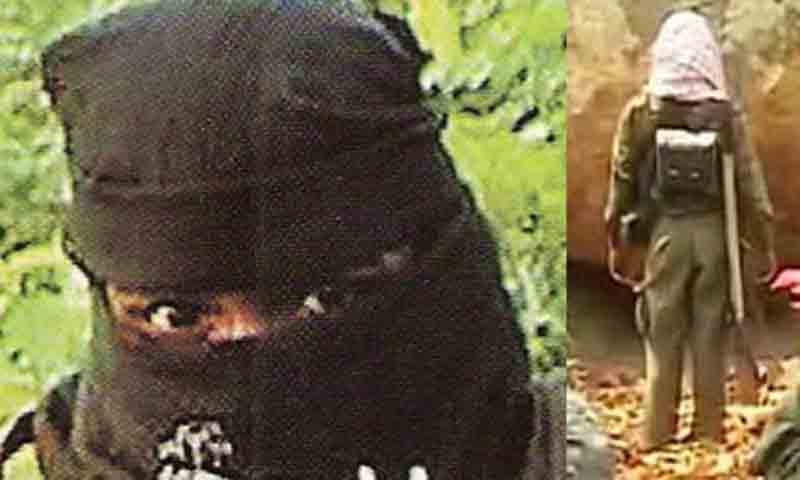 On December 29, 2020, Communist Party of India-Maoist (CPI-Maoist) cadres killed a civilian near Tumdikasa village under Manpur Police Station limits in Rajnandgaon District. The Maoists left a pamphlet near his body, which accused the victim of being a ‘Police informer’.

On December 28, 2020, two women Maoists carrying a cumulative cash reward of INR 700,000 on their heads, were killed in an exchange of fire with the Security Forces (SFs) in a forest between Kalepal and Kakari villages under Kuakonda Police Station limits in Dantewada District. The slain Maoists were identified as Ayte Mandavi, the Maoists’ Malangir Area Committee’ member and ‘military intelligence head’ of the area, who carried a reward of INR 500,000 on her head; and Vijje Markam, a ‘military intelligence member’ in the ‘Malangir Area Committee’ who carried a reward of INR 200,000 on her head. A pistol and a muzzle-loading rifle were recovered from the encounter site.

On December 16, 2020, an unidentified Maoist was killed in an exchange of fire with the SFs in a forest near Miliampalli-Rajpenta villages under Jagargunda Police Station limits in Sukma District. The incident occurred when a joint team of SFs was out on an anti-Naxal [Left Wing Extremist] operation. SFs recovered a locally fabricated UBGL (under-barrel grenade launcher) and two muzzle-loading rifles from the encounter spot.

Civilian fatalities remained nearly the same, 28 in 2020 as against 30 in 2019. Fatalities in this category have declined continuously since 2018, when there were 59.

Chhattisgarh has a total of 28 Districts and fatalities were reported from eight of these in 2020: Sukma (62); Bijapur (40); Dantewada (11); Kanker (six); Rajnandgaon (six); Narayanpur (five); Bastar (three); and Dhamtari (two). Six of these eight Districts (barring Rajnandgaon and Dhamtari) fall in the Bastar Division.

Indeed, violence has been substantially confined to a few pockets of the Bastar Division, which spans over 40,000 square kilometers, and comprises of seven Districts – Bastar, Bijapur, Dantewada, Kanker, Kondagaon, Narayanpur, and Sukma.

On December 15, 2020, the Chhattisgarh Legislative Affairs Minister, Ravindra Choubey, in a press conference, claimed that the Naxal (LWE) activities had been confined to a few pockets of Bastar Division, and that the State would soon rid itself of the menace:

Now, Naxal activities have been confined to a corner in Narayanpur and Bijapur Districts and Konta (located in the extreme south of Sukma District). The three districts are located in Bastar region of the State. The State Government has been working at every level for development, employment generation and to bring back youth to the mainstream (in Naxal-affected areas).

According to reports, some CPI-Maoist 'Central Committee (CC)' members remain active in the forested areas of Sukma and Bijapur. They are protected by an entity called the 'Central Regional Command (CRC)'. CRC's 'Battalion 1' is led by Maoist leader Madvi Hidma who, according to unconfirmed reports, has been promoted to the 'CC'.

To confront this residual threat, five additional battalions of the Central Reserve Police Force (CRPF) are being deployed in the region. 35 CRPF batalions, including five Commando Battalions for Resolute Action battalions, were deployed earlier. A total of around 60,000 personnel of the State Police and Central Armed Police Force (CAPF) were deployed in the seven Districts of Bastar Division. This included, around 300 'Danteshwari Warriors' (women commandos, comprising local women, surrendered Naxals, and Naxal-affected women), whose deployment in the Bastar Division has not only increased the number of successful operations and surrenders, but also improved Policing and intelligence in the area. The additional deployment is intended to bring around 1,500 square kilometres of the Maoist-stronghold territory under increased scrutiny, by setting up new SF camps at short distances. An unnamed senior Police officer thus stated,

According to our information, three or four members of the CPI-Maoist's CC are under round-the-clock protection of the CRC, which consists of more than 100 armed Naxalites. The main objective is to deploy CRPF camps in the Sukma-Bijapur forest areas is to tighten the noose around the armed CRC contingent holed up in the area. Two of the CRPF battalions have already arrived here, and are undergoing induction course. Deployment process will start once induction training is over.

The new deployments of CRPF will smoke out the Maoists' 'battalion 1' led by their most wanted leader Hidma, or send them on the run. It will cut their service lines and curtail their movements as well.

It remains to be seen whether the decision to establish new CRPF camps can be exploited by the Maoists to incite opposition from the locals.

Significantly, an October 1, 2020, report indicated that the Chhattisgarh Government's plan to open eight new Police camps by the end of 2020 to strengthen its hold in the Maoist affected areas in Dantewada, Kondagaon, Bijapur and Sukma Districts, faced resistance from local villagers. The camps were part of the 15 Police camps that the Government had planned to set up in 2020. The first seven of these were established before the COVID-19 outbreak. Commenting on the local resistance, Bastar's Inspector-General of Police (IGP), Sundarraj P. observed,

There is great deal of enthusiasm among the villagers for the police camp. However, some people are symbolically protesting under pressure from the Naxalites. It will come to an end after the opening of the camps as security forces keep an eye on all Naxalite activities. The extent of Naxalite pressure on the villagers can be gauged from the fact that the propaganda related to the so-called protest is being spread through Maoist leaflets themselves. Naxalites want to take advantage of their terror among the villagers.

More recently on December 23, 2020, local residents of as many as 103 villages in Kanker District launched an indefinite strike at Koyalibeda in the Pakhanjur Nagar Panchayat (village level local self-Government institution) in the District against the establishment of two new Border Security Force (BSF) camps in the Maoist-affected area, alleging that the BSF camps were built on sacred ancient tribal land — locally called ‘Devasthals’. The two camps were set up on the banks of the Mendaki River in the Tumaraghat and Karkaghat areas of Koyalibeda. The villagers demanded that Police and the local administration pull down the two camps and restore their holy sites.

While the strengthening of the security footprint is a pre-requisite for accelerating pending developmental works, such as the construction of roads and bridges in LWE-affected areas, this has to be balanced with the larger interests of all stakeholders, particularly including the local population, as any misadventure would only validate Maoist propaganda.

Significantly, a report of the Parliamentary Standing Committee on Home Affairs, on the Demands for Grants of the Ministry of Home Affairs placed in Parliament on December 21, 2020, stated that road construction in LWE-affected areas in Chhattisgarh had been ‘abysymally slow’. The Panel report revealed that out of 2,479 kilometers of sanctioned roads, under Road Connectivity Project in Left Wing Extremism Affected Areas (approved in December 2016), only 319 kilometers has been completed in Chhattisgarh till now. This is further slowing down the inclusion and development processes of these areas and negatively affecting the capability of the CAPFs and State Police in tackling the menace.

The Maoists in Chhattisgarh are determined to retain their strongholds in the State. Despite suffering losses, they continue to demonstrate significant fighting capabilities. The March 21, 2020, attack in which Maoists ambushed an SF group, killing 17 of them and injuring another 15, in a forested area of Elmaguda close to Kasalpad and Minpa villages in the Chintagufa area in Sukma District, is an example of the rebels’ surviving capabilities. SFs need to sustain their focus and exercise extreme caution to thwart Maoist efforts to regain and expand their bases, particularly in erstwhile stronghold areas.