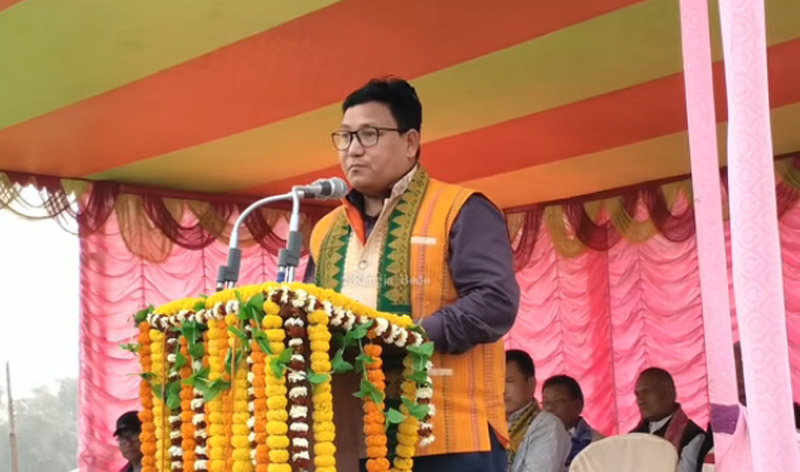 However, on December 18, a bench of the Gauhati High Court, in response to a writ petition filed by former CEM Hagrama Mohilary has directed the BTC to maintain status quo on its administrative works. The order, passed by the single-judge bench of Justice Suman Shyam, comes at a time when the newly-elected council members are yet to begin discharging duties. The next hearing on the case has been fixed for December 22. The former CEM in his petition has alleged that the current CEM Promod Bodo and other elected members have been appointed in violation of the provisions of the Bodoland Territorial Council (Election) Rules, 2004 and the provisions of the Assam Autonomous District (Constitution of District Councils) Rules, 1951.

Significantly, in the two-phase elections (December 7 and 10) for 40 BTC seats, the Bodo Peoples’ Front (BPF) emerged as the single largest party with 17 seats, followed by the UPPL, 12 seats; the BJP, 9 seats; and the GSP and Indian National Congress, one seat each.

Bodoland Territorial Areas District (BTAD), which extends over an area of 8,970 square kilometers in the four Districts of Kokrajhar, Chirang, Baksa and Udalguri, came into existence on October 31, 2003. Subsequently, the BTC was formed on December 7, 2003. The term of the council is five years. So far, four elections (including the latest one) have been held.

Notably, the 2020 BTC/BTR elections were peacefully conducted with not even a single fatal incident reported between the date of notification (March 11) and polling dates (December 7 and 10), as per the partial data compiled by the South Asia Terrorism Portal (SATP). Two minor incidents, however, were reported on December 10 (the last day of elections): miscreants attacked a vehicle carrying ballot boxes at Gossaigaon in Kokrajhar District, a presiding officer was assaulted in Chirang District during a clash between supporters of BPF and UPPL over allegation of unfairly influencing voters. On both occasions, Police had to open fire to control the situation.

The 2020 BTC elections were notified on March 11, 2020. As per the notification, the election was supposed to be held on April 4, 2020. However, on March 20, 2020, the Assam State Election Commission deferred all electoral procedures, including “campaigning, polling and re-polling (if any)” indefinitely due to COVID-19 pandemic. The Election Commission on November 17 announced a two-phase election schedule on December 7 and December 10, 2020.

2015 BTC elections were also peaceful. No fatal incident was reported between the date of notification (March 18) and polling date (April 8). No violence was reported on the polling day as well.

Also, the newly constituted BTC has brought an end to the long reign of BPF led by former Bodo Liberation Tiger (BLT) leader Hagrama Mohilary. The BPF was in power since the inception of the BTC.

The change of the current occupants is expected to help in smooth transition of BTC to BTR as conceptualised in the January 27, 2020, Bodo Accord. The new accord promises greater autonomy and inclusion of additional Bodo dominated areas under the proposed BTR.

Remarkably, Kwrwmdao Wary, the assistant general secretary of the ABSU, one of the signatories of the January 27, 2020, Bodo Accord, in an interview given to Scroll on December 6, 2020, refereeing to the implementation of the accord had asserted, “And for that [implementing the accord], the government must change” arguing “It was only fair… that the major signatories [of the new accord] should form the new government.”

On the other hand, the incumbent CEM Hagrama Mohilary was dismissive of the accord even though he was one of the signatories. He had even dismissed the Memorandum of Understanding as ‘zero’ possibly sensing the growth of alternate poles diminishing his role in the region.

Notably, earlier Bodo accords of 1993 and 2003 had failed primarily because there were different power centres in the BTC and in the State Government, as well as ABSU and NDFB were outside the purview, and thus there were clashes of interest. It led to increased factionalism within Bodo groups. The Accords had not been able to end violence in the region, though violence had reduced relatively. According to SATP, the creation of BTAD did not eradicate the violence in the troubled area. A total of 607 fatalities (277 civilians, 21 Security Force personnel and 303 militants) have been recorded in the BTAD region since its creation.

In such scenario, alternate power centres in BTC/BTR and State Government could have led to increase friction and potentially derailing the accord.

However, there are still worries. The fissure between the Bodos and the non-Bodos is yet to be bridged. Political parties have repeatedly tried to play these sentiments to garner votes. In this election too, sentiments such as 'Bodo Pride' and equal land rights for the non-Bodos were cynically used. Keen observer of State Politics fear that the entry of BJP into these elections could further this divide. On December 2, 2020, Gauhati University Professor Monirul Hussain said,

All these years, mainstream parties like Congress, BJP stayed away from mingling in the affairs of the Bodoland. It was mostly controlled by the Bodo leaders. But this time around, they are turning the tables, especially BJP, which is trying to mainstream the Bodo politics. The resultant effect will be a wedge between Bodos and non Bodos in the area.

Such distrust could potentially hamper the boundary determination exercise. On September 28, 2020, State Government notified the five-member Commission to look into the issue of the alteration of the boundary of the BTAD Districts.

Another issue is the backtracking of NDFB from several provisions of the 2020 accord. On October 6, 2020, all four NDFB factions - Dhiren Bodo, Gobinda Basumatary, Ranjan Daimary and B. Saoraigwra - demanded omission of the phrase 'comprehensive and final' from the agreement and 'exclusion of villages from BTAD', general amnesty for all members of NDFB without the distinction of heinous and non-heinous crime category and inclusion of NDFB members in the constituted Commission for inclusion/ exclusion of villages within BTR.

Additionally, NDFB factions Dhiren Bodo, Ranjan Daimary and B. Saoraigwra, all three on March 9; and Gobinda Basumatary faction, on March 10, were disbanded as per the 2020 Accord, the Kamtapur Liberation Organisation (KLO), fighting for a separate Kamtapur State for Koch Rajbongshis, is still actively group operating in the region. According to a May 2020 report, post the signing of the Accord, the KLO was trying to gain prominence in lower Assam region that includes BTC.

The peaceful conduct of BTC elections is a remarkable achievement by the Government along with the signing of the third Bodo Accord. However, to fully realise the peace dividend the tricky issues of inclusion and exclusion of tribal and non-tribal villages, rehabilitation of NDFB cadres, and amnesty for militants need to be dealt thoughtfully by the Government. Any lackadaisical approach could lead to violent ethnic strife among the inhabitants and also revival of Bodoland State movement by unhappy Bodo groups.