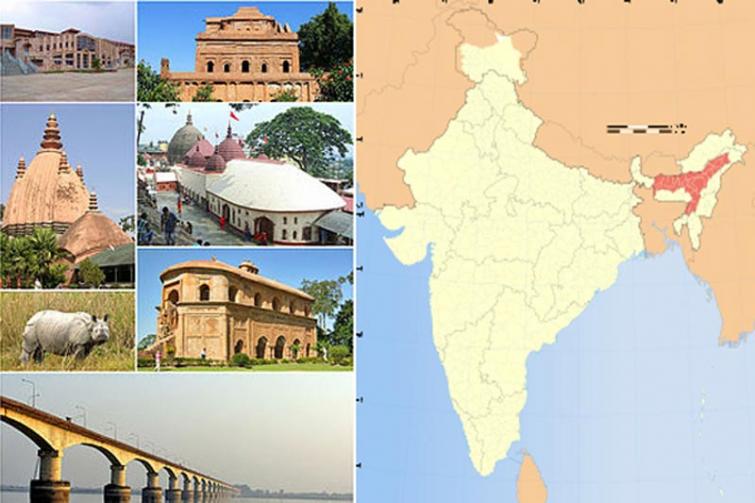 On January 30, 2020, at least 1,615 cadres of four factions of the Bodo militant formation, the National Democratic Front of Bodoland (NDFB), surrendered arms at a ceremony held in Guwahati in Kamrup (Metro) District. Those who surrendered included 836 from the Dhiren Bodo faction of NDFB (NDFB-DB), and the Gobinda Basumatary led Pro-Talks faction (NDFB-PTF); 579 from the Ranjan Daimary faction (NDFB-RD); and 200 from the Saoraigwra faction (NDFB-S). Significantly, the 1,615 surrendered militants deposited just 178 weapons and 4,803 rounds of live ammunition.

Earlier, on January 27, 2020, Union Home Minister (UHM) Amit Shah, after the signing of the 'Bodo Accord' when asked about the prospects of NDFB militant cadres, had clarified,

Today, Assam is united. Around 1,500 cadres of NDFB-P, NDFB-RD and NDFB-S will be rehabilitated by Centre and Assam Government. They will be assimilated in the mainstream and will surrender on January 30 on Bapu's [Mahatma Gandhi] death anniversary. No one will be called a militant now; they all are our brothers and sisters.

…in the past, not being satisfied with the settlements of 1993 and 2003, the Bodos have been consistently demanding more powers. A comprehensive and final resolution to their demands has been arrived at, while retaining the territorial integrity of the state of Assam…

The newly enunciated Government position is clearly contradictory to the stand taken not so long ago, especially with regard to the NDFB-S. On July13, 2018, the then Minister of State (MoS) in the Union Ministry of Home Affairs Kiren Rijiju, when asked about discussions with outfits like NDFB-S, had said that there is no question of talks with NDFB-S, as it was involved in December 2014 Adivasi massacre  which had resulted in the death of 69 people.

Meanwhile, an unnamed ABSU leader later said, “It is not mentioned anywhere in the settlement that the ABSU will give up the statehood demand.”

The raison d'être of the accord, according to astute observers of the region, is the ongoing protests against CAA. Protests broke out in Assam, many including violence, since the passage of the Citizenship (Amendment) Act 2019 (CAA 2019) on December 12, 2019. During the protests, five civilians were killed in four different incidents in Assam. Indefinite curfew/night curfew was enforced in seven cities/towns/Districts of Assam – Kamrup (Metro), Dibrugarh, Sonitpur Jorhat, Golaghat, Tinsukia and Charaideo. Internet services were also suspended to contain the situation. Though these restrictions were progressively reduced as the situation improved, civil society groups led by the All Assam Student’s Union (AASU) and artists continue their protests, demanding revocation of CAA. Earlier, protests erupted across Assam before and after the passage of the Citizenship Amendment Bill 2019 (CAB 2019) in the Lok Sabha on January 8, 2019. To mark their disapproval of the Bill, different ethnic and students’ organizations enforced bandhs (shutdown strike), road and rail blockade across different parts of the State. Violence during some of these protests led to loss of property, though no casualty/fatality was reported. This round of protests died down when the Bill lapsed with the term of 16th Lok Sabha, on May 26, 2019.

Protesting groups are agitated that CAA ‘violates’ the Assam Accord of 1985 and nullifies the National Register of Citizens (NRC) exercise. The Supreme Court-monitored updating of the NRC was completed on August 30, 2019. In the final published NRC list, 1.9 million (1,906,657 in total) persons failed to make it into the register. The first NRC draft had been published on December 31, 2017, and had left out 14 million people. The second list, termed as the ‘complete draft’, was published on July 30, 2018, and included approximately 28 million (28,983,677 in total), leaving out four million (4,043,984) people. Earlier, on June 26, 2019, an additional draft exclusion list, containing the names of 102,462 persons, was announced.

On January 28, 2020, eminent Political Scientist Sanjib Baruah noted, "Managing the opposition to the Citizenship Amendment Act appears to be the primary motive behind the latest Bodo accord." He further observed that the decision might lead to conflict between Bodos and non-Bodos residing in the Bodoland Territorial Council (BTC)/ Bodoland Territorial Region (BTR) areas,

It (the Accord) doesn't overcome the basic contradiction of the earlier Bodo accords which has been responsible for successive episodes of ethnic violence in that region: that non-Bodos constitute a majority in many of those area… Not recognising them as stakeholders means that like previous accords, it too can't be the basis for a durable peace.

Predictably, on January 27, 2020, a 12-hour Assam bandh (shutdown strike) called by various non-Bodo organizations in protest against the ‘Bodo Accord’ brought life to a standstill in the four Districts – Kokrajhar, Chirang, Udalguri, and Baksa– under BTC, soon to be BTR.

Further, the Karbi Students’ Association (KSA) and the Dimasa Students’ Union (DSU) have decided to oppose the government’s move to expedite the decision of granting Scheduled Tribes (ST)-Hills status to Bodo tribesman, arguing that it will “infringe upon the rights” enjoyed by the Karbi and Dimasa people of the three Hills Districts of West Karbi Anglong, Karbi Anglong and Dima Hasao.

Elsewhere, major communities such as the Adivasis (tribal communities originally drawn from outside the State, principally as labour for tea plantations, also referred to as 'tea tribals') and Koch Rajbongshis are also agitated by apprehensions relating to CAA, BTR and the failure to grant ST status to them. On January 13, 2020, the All Koch Rajbongshi Students' Union (AKRSU) issued a statement asserting,

CAA is a threat to our community. When illegal immigrants are granted citizenship, land and work, where will our people go? They (immigrants) will be ready to work for INR 100 a day in place of INR 350 a day and without any facilities in order to survive. As such, tea growers will prefer to employ them. Hence, we are opposed to CAA. We also demand ST status for our tea community people.

The existing ST groups (divided into ST-Plains and ST-Hills), however, remain opposed to any further inclusion of these six communities into the existing list fearing loss of 'limited rights' and 'privileges'. The existing 14 ST-Plains groups include the Bodo, Rabha, Tiwa, Karbi, Dimasa, Mising, Sonowal, Hajong, Garo and Deori tribes have always viewed such move as "a conspiracy to destroy/exterminate the existing STs of Assam". On December 28, 2019, Coordination Committee of Tribal Organisations, Assam (CCTOA), group representing existing ST (plains), 'convener' Aditya Khaklary said,

We welcome the government's announcement to form three more autonomous councils for the Moran, Muttock and Koch-Rajbongshis. There is a question of socio-economic development for every community. No community should be deprived of welfare. But we oppose granting of Scheduled Tribe status.

Another contentious issue is the definition of Assamese to implement the Clause 6 of the 1985 Assam Accord. In July 2019, UMHA had setup a high-level committee under the chairmanship of Justice (Retd.) Biplab Kumar Sarma to look into the issue; the committee is expected to submit its findings to the Ministry by February 17, 2020. In the vital clause 6 of Assam Accord, Government had promised appropriate level of reservations in employment in the government for the Assamese people. Notably, there is a lack of consensus of various groups on who is an ‘indigenous’ resident of the State? For instance, according to the All Assam Kochari Samaj (AAKS), an organization representing ‘real sons-of-the-soil’ asserts, “The constitutional safeguard should ideally be for the Kachari people of Assam, not the Assamese, and we have made this clear to the Centre.” Kochari Samaj largely represents the Bodo-Kachari ethnic groups inhabiting the State. On the other hand, Assam Public Work (APW), a Non-Governmental Organization (NGO), that spearheaded several legal struggles to identify ‘foreigners’ in the State maintains, “…Nepali, Bangladeshi, European and Chinese origin living in Assam prior to July 19, 1948, and their descendants are Assamese...

Other measures announced by the State Government like urging Union Government to pass an amendment to Article 345 of the Constitution to declare Assamese language as the state language for eternity (except in BTR and Barak valley), state government jobs only for those with Assamese language skills and legislation ensuring “land of the indigenous people remain with the indigenous population”. The Bodo accord also assures protection of land belonging to Tribal even outside the Tribal Belts and Blocks. Further, crucial questions regarding the fate of those citizens excluded due to the spate of measures announced has largely slipped into the background.

These issues of illegal immigration and CAA/CAB kept the State on edge through the year, though the level of insurgency-linked violence came down dramatically. According to partial data compiled by South Asia Terrorism Portal (SATP), through 2019, the State accounted for a total of three fatalities (one civilian and two militants) as against 22 fatalities (eight civilians, one trooper and 11 militants) recorded in 2018, registering a decline of 86.3 per cent in total fatalities as compared to 2018. Two fatalities (both militants) have been recorded in the State, so far, in 2020.

Significantly, in 2019, the State registered the lowest ever total insurgency-related fatalities since 1992 [the year from which SATP data is available] on year on year basis. The previous low of 22 fatalities was recorded in 2018.Fatalities were at peak in 1998 when it stood at 783 (531 civilians, 72 Security Force, SF, personnel, and 180 militants).

Assam has recovered from long drawn militancy, and politicizing the sensitive ‘foreigners’ issue for electoral benefits has led to the resurrection of old ghosts that in the first place were responsible for decades of ethnic turmoil. The situation in the State remains volatile due to CAA agitation and needs deft handling to address identity issues of various communities inhabiting the multi-ethnic state many a times in conflict to one another.