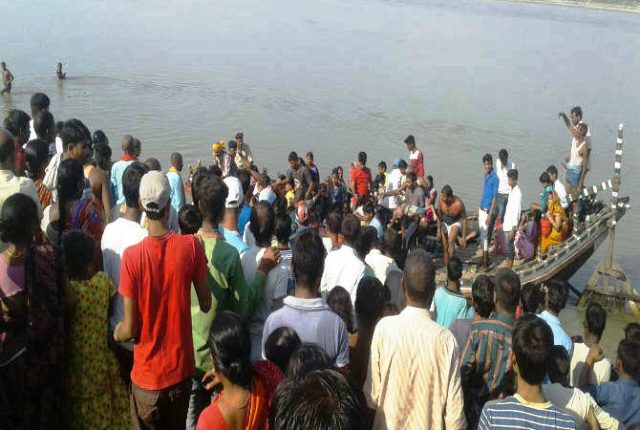 Marseille, France, 29 November: Set up in 1996 after a proposal to this effect at the United Nations'  International  Conference on Environment and Development in Dublin in 1992, the World Water Council is in the eye of a storm. With accusations from its very own members of succumbing to the greed of water mafia, the world’s apex body on water is of late mired in controversies.

As the WWC's Governing Body meets at its headquarters in Marseille for three days to elect its next General Body, from November 29, the Council faces litigation on subjects such as discrimination as well as disregard of its Constitutional provisions. What can be considered as unprecedented, it faces a lawsuit moved by 21 organisations before a French court over a number of decisions taken by the Council which the petitioners, that include many existing members, on arbitrarily refusing to take new members which is contrary to its Constitutional provisions. The petitioners have argued that “Neither the Constitution, nor the Rules of Procedures, nor any other rule authorizes the World Water Council to refuse the membership of candidates on the sole ground of their nationality.”


Of late, the role of the outgoing WWC president Mr. Benedito Braga too has come under close scrutiny. The petitioners claim he has been acting in an arbitrary manner even though “neither the Constitution nor the Rules of Procedures of the World Water Council, nor any other text makes the president the judge of the opportunity of disputes that may or may not require mediation.”

Informed sources at the WWC claim the high handedness of the Council is reflected in the manner it’s Board of Governors has been rejecting members on a large scale from “countries around the world without any past precedent of an application being rejected in violation to the current Constitution and bylaws”. In a recent letter flashed to the WWC treasurer Fradin Guy, a WWC member of its Board of Governors, Prithviraj Singh accused the former of making “some very serious accusations against 36 new applicants which became instrumental in their rejection by the (WWC) Bureau without further reviews. Please let me know why an Islamic Charity which has had no contact with the Council in the past was found to be an “enemy” of the Council with intend “to destroy” the Council as alleged by you in the Bureau Meeting.”.
It  may be mentioned that the rejected organisation, “Islamic Relief” from Pakistan is a branch of the Islamic Relief-Worldwide. It’s trustees are Muslim members from Sweden, USA, Malaysia, UK, South Africa, and Germany. It has its branch offices in 30 countries.

The rejection of membership applications, many within the Council feel, is a deliberate move to maintain a stranglehold of a select few on the Council. “There is a question in the minds of members whether WWC board wants this organisation to be truly representative body of the water problems in all nations,” Narendra Chugh, a Council member from India, said.

Braga on his part has claimed that the Council “does not discriminate and will never discriminate any institution on any basis; nationality or religion included”. He was sought to clarify that what contributed to rejections of the 36 proposals “is that there is strong evidence of an organised movement of a global NGO network that would like to put the Council at their service”.

Prithviraj Singh though countered such claims and in a recent letter to Braga, wrote: “Mr.President, you have stated that currently there is no provision in either our Constitution to reject membership on the basis of either country or college. And yet, rejection of membership on the basis of their nationality or differing perspectives has been of fundamental concern in our debate…even our most righteous claims can not be enforced without their endorsement in the Constitution and bylaws, which will not only be illegal, but unethical.” Singh added:
“Senior members of the Board such as Prof.Dogan Altinbilek, Prof. Andras Szollosi-Nagy, Mr. Kunihiro Moriyasu and others forcefully raised their objections to the disregard for the Constitution and bylaws, which ought to be interpreted by an impartial French lawyer to reconcile the matter.”

There is a growing feeling among many WWC members that whether the WWC is indeed an available platform for those who dedicated their lives for the cause of water. Such a debate further  triggered off after the Council earlier this year refused to allow Magsaysay and 2015 Stockholm Water Prize winner, and renowned water activist Dr Rajendra Singh to attend the Board meeting of the Council  in Dakar (Senegal) as a member-observer. As a Council governor asked: “He (Rajendra) may not always be politically correct, but this cannot justify the fact that if we have no place in our midst for such people, then what are the values that we hold, as a leader in the water community?”

Indeed hydro-diplomacy and political debates on water cannot be possible without the voice of the people, which now many feel is missing in the Council. It is high time for the Council to act in this direction.

(The author: Deepak Parvatiyar is a senior Indian journalist and filmmaker and a member of World Water Council. The opinion expressed in the article is of the author and not IBNS)
Related Images