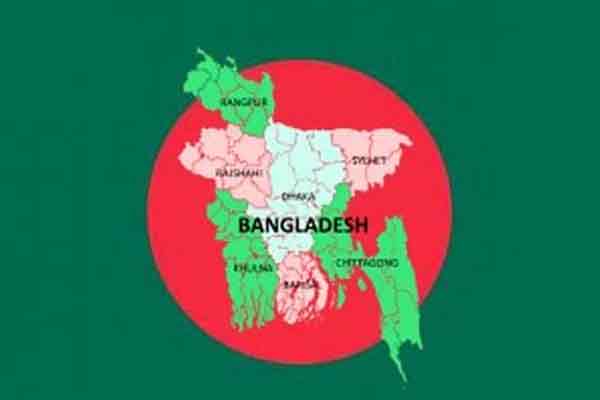 S. Binodkumar Singh , Research Associate, Institute for Conflict Management | | 01 Aug 2016, 07:25 pm
#Operation Storm 26, #SWAT, #RAB, #Detective Branch, #Abdul Hakim Naym, # Raihan Kabir aka Tarek, #aj-ul-Haque Rashiq , #Abdullah, #Jobayer Hossain
On July 26, 2016, nine militants were killed in 'Operation Storm 26' carried out by the Joint Forces including Special Weapons and Tactics (SWAT) personnel, the Rapid Action Battalion (RAB), the Detective Branch (DB) of the Police and the Dhaka Metropolitan Police (DMP), in capital Dhaka's Kalyanpur area. One militant identified as Rakibul Hassan aka Reagan, purportedly a member of Daesh [Islamic State], was arrested from the area with bullet injuries. However, Inspector General of Police A.K.M. Shahidul Haque, who visited the encounter site, stated, "The detained person claims to be an IS member, but we think they are of the banned militant outfit Jama'atul Mujahideen Bangladesh (JMB)." On July 27, 2016, Police identified seven of the nine militants killed as Abdul Hakim Naym (33), Taj-ul-Haque Rashiq (25), Akifuzzaman Khan (24), Shazad Rouf (24), Motier Rahman (24), Abdullah (23) and Jobayer Hossain (20) after matching their fingerprints with those on their National Identification Cards. Most of them were from well to do families and were missing since January 2016. On July 28, 2016, the identity of the eight slain militant was established as Raihan Kabir aka Tarek, the Dhaka 'region coordinator' of JMB. He had reportedly trained the men who attacked the Holey Artisan cafÃ© in Gulshan on July 2.

The July 2, 2016 incident, the first ever hostage crisis in the country in which 22 civilians including 18 foreigners and six Bangladeshis were slaughtered at Holey Artisan Bakery, a Spanish restaurant at the Gulshan diplomatic zone in Dhaka city, was also claimed by Daesh. On July 4, 2016, Police identified the five terrorists killed in the incident as Nibras Islam, Rohan Imtiaz, Meer Saameh Mubasher, Shafiqul Islam Ujjal and Khairul Islam Payel, all under 30 years of age. All five men had gone missing between three and six months before they reappeared at the site of the terror attack. Three of them came from affluent families in Dhaka and studied at top schools or universities, while two were from lower income families. On July 20, 2016, officers investigating the restaurant attack identified the coordinator of the operation as Rajibaka Shanta aka Adil, a mid-level JMB leader.

Disturbingly, a Government official who is working closely on the issue of terrorism, seeking anonymity, on July 9, 2016, disclosed that more than 100 young persons in the age group of the terrorists who attacked the Holey Artisan café in Dhaka, had gone missing since January 2015. Law enforcement agencies gathered this information from general diaries provided by Police Stations across the country, as well as from parents of missing persons who had contacted the Police since the Holey Artisan attack. Further, on July 19, 2016, the Rapid Action Battalion (RAB) published information on 261 missing youth from 39 Districts. Asking people to contact nearby RAB office if they have any information about those on the list, the elite crime buster also published photos of 50 in this list.

Earlier, on May 17, 2016, Golam Farukh, the Deputy Inspector General (DIG) of the Rangpur Range disclosed that two JMB militant groups - one based in Rangpur District and the other in Dinajpur District - were working in smaller units of seven to eight members and were currently active in the eight Districts of Rangpur Division. Further, the Detective Branch of Police stated, on June 14, 2016, that JMB had around 100-150 trained madrassa students working for them in 16 Districts of north-western Bangladesh with a highly educated 16-member cell supervising them.

Urging all to be more watchful, Prime Minister Sheikh Hasina Wajed warned, on July 13, 2016, "We have intelligence reports that the terrorists have planned to launch more attacks. We have to keep in mind that this will not stop here. There are many kinds of plots. We are collecting reports of various intelligence agencies at home and abroad." In a second warning in less than two weeks, during a Cabinet meeting on July 25, 2016, Prime Minister Hasina stated, "They [terrorists] will try to create unrest in August. They are planning something big. Ministers may also be targeted. Everyone must remain alert. Their goal is to free Mir Quasem."

Mir Quasem Ali (63), a Jamaat-e-Islami (JeI) central executive committee member, is a war crime convict sentenced to death by the International Crimes Tribunal-2 (ICT-2) on November 2, 2014, for the killing of young freedom-fighter Jashim Uddin Ahmed and eight others during the Liberation War of 1971. On June 19, 2016, Quasem had filed a petition with the Supreme Court seeking acquittal from the charges in which he has been convicted. On July 25, 2016, the Supreme Court deferred hearing of the death penalty review plea by Quaesem to August 24, 2016.

Meanwhile, on May 21, 2016, Home Minister Asaduzzaman Khan Kamal, warned that different militant groups were trying to reorganize to carry out subversive acts aiming to thwart the War Crimes trials. So far, ICT-1, constituted on March 25, 2010, with the objective of bringing the perpetrators of War Crimes to justice, and subsequently, ICT-2 created on March 22, 2012, to speed up the War Crimes Trials, have indicted 67 leaders, including 43 from Jamaat-e-Islami (JeI), 11 from the Muslim League (ML), five from Nezam-e-Islami (NeI), four from Bangladesh Nationalist Party (BNP) and two each from the Progressive Democratic Party (PDP) and Jatiya Party (JP). Verdicts against 42 of these accused have already been delivered - 27 were awarded death sentences while the remaining 15 are to undergo imprisonment for life. Five of the 27 who received the death sentence have already been executed, while the remaining 22 cases are currently pending with the Appellate Division of the SC. Former JeI ameerGhulam Azam (91) and former BNP Minister Abdul Alim (83) passed away while serving life imprisonment sentences.

Further, law enforcement agencies interrogating militants who were arrested in various operations on July 27, 2016, disclosed that at least two dozen hideouts in Dhaka and surrounding areas were being used to attempt more attacks by setting up small dens. A senior law enforcement official requesting anonymity confirmed that militants were now renting flats in areas where low income populations and garment workers live. Small groups of militants, usually numbering seven to nine, are living in these flats and, some cases, were using family members to rent flats.

The Hasina-led Government has succeeded in minimizing the threat from Islamist terrorism since assuming power in 2009. According to partial data compiled by theSouth Asia Terrorism Portal (SATP), 231 terrorists belonging to JMB, Harkat-ul-Jihad-al Islami Bangladesh (HuJI-B), Hizb-ut-Tahrir (HuT), Hizbut Towhid (HT) and Ansarullah Bangla Team (ABT) and other Islamic extremist groups have since been killed across the country (data till July 31, 2016). A Press Release from Police Headquarters on July 6, 2016, warned that strict measures would be taken against people putting up any video, photo, message, share, comment or like, supporting Daesh or other terrorists on social media such as Facebook, Twitter and YouTube.

Further, urging all parents to be vigilant about the movements of their children to prevent them from being radicalized, Prime Minister Hasina on July 12, 2016, asserted "The people of the country are pious, but not bigots. I simply cannot understand why their children who are receiving education in reputed schools and colleges and English medium institutions are turning into bigots. We don't want these students to lay down their valuable lives indiscriminately after getting derailed from the right path. We won't allow emergence of militancy in the country. We don't want Bangladesh to be the land of militancy. we'll have to take some measurers keeping this view in mind." At an emergency meeting of the Awami League Parliamentary Party (ALPP) at the Jatiya Sangsad Bhaban (National Parliament House) on July 26, 2016, Hasina asked her party lawmakers to form active anti-militancy committees in their respective constituencies to fight extremism.

Remarkably, Bangladesh Jamiyatul Ulama (BJU), a national body of Islamic scholars, issued an anti-militancy fatwa (religious edict) on June 18, 2016, through a press conference at Dhaka Reporters Unity, declaring that those killing people in the name of religion were heading for hell. Signatures of 101,850 Islamic clerics, including 9,320 women, have been collected in support of the fatwa, prepared in light of the Quran and Hadith. Explaining the initiative, Farid Uddin Masoud, BJU Chairman, observed that law enforcement agencies alone cannot resist the criminals who are ready to kill themselves in the name of religion. The first thing needed is to dispel the militants' misconceptions about Islam. Fatwas, he added, are more powerful than one lakh weapons and they will largely be able to curb terrorism. Separately, on July 14, 2016, Bangladesh Islamic Foundation authorities issued a circular requesting imams (prayer leaders) of all mosques across the country to recite a common khutba (sermon) during the Jumma (Friday) prayers to create awareness among people against terrorism and militancy.

The Holey Artisan café attack was meant to strike terror in the hearts of Bangladeshis and foreigners with the intention to harm the country's economy and international relations. The response of the Sheikh Hasina Government has been immediate, vigorous and calibrated across a wide range of variables, beyond a knee jerk security clampdown. Nevertheless, Bangladesh has developed large reserves of radicalization over decades of earlier mischief by complicit Governments, and the threat of extremist violence remains real and significant, demanding extreme vigilance and continuous efforts of containment.