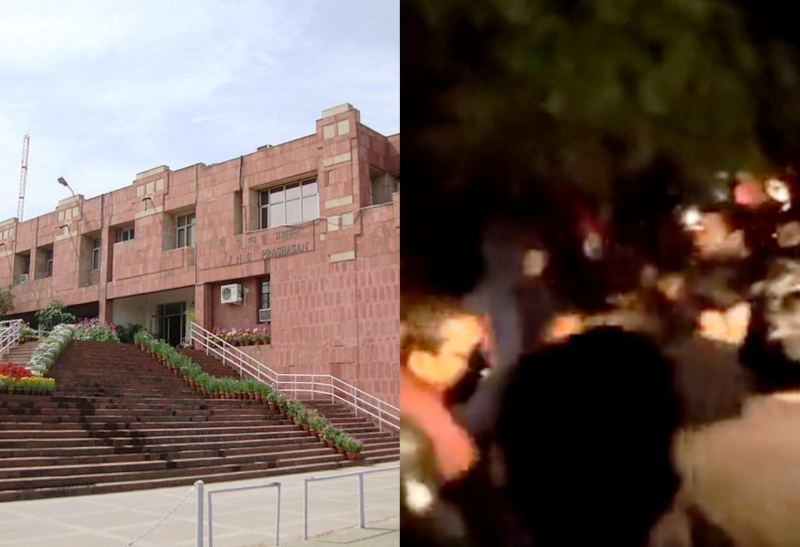 New Delhi/IBNS: Even as Jawaharlal Nehru University Tuesday snapped electricity and internet to stop students' plan to screen a banned BBC documentary on Prime Minister Narendra Modi, some watching them on laptops were hurled with stones this evening, media reports said.

The university snapped both power and electricity in the Students' Union office.

The screening of the documentary was set to begin at 9 pm and the students had planned to go ahead with it despite the disapproval of the administration.

However, some students watched the documentary on their cellphones and laptops and the evening ended with a fight between the left and right-wing supporters and a protest march by the Students Union.

The JNU administration had not given permission for the screening. It had even said that disciplinary action will be taken if the documentary is screened.

The university administration had even declared that disciplinary action will be taken if the documentary is screened.

The Centre has blocked access to the two-part BBC documentary which claims to have investigated certain aspects of the 2002 Gujarat riots when Modi was the state's Chief Minister.

The government on Friday directed social media platforms Twitter and YouTube to block links to the series.