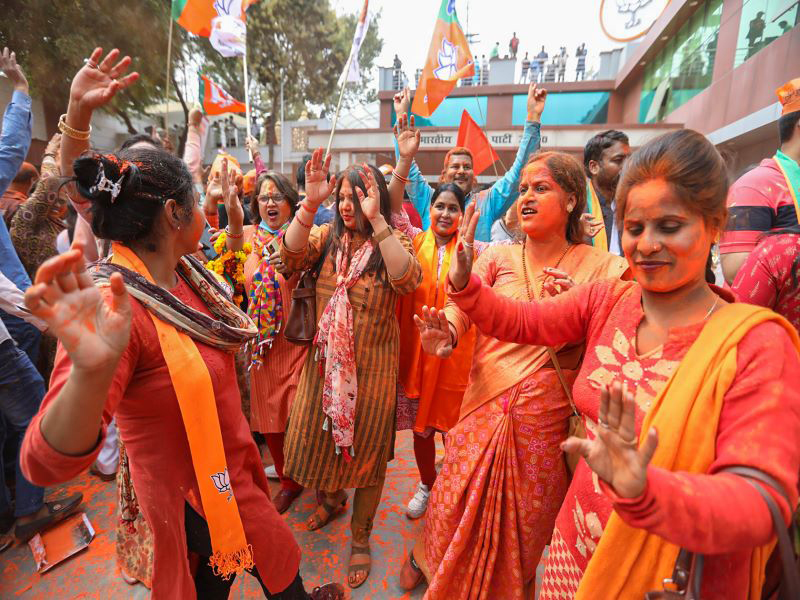 Earlier today, SP gained considerable ground in the Rampur assembly seat - where the incumbent and Samajwadi Party leader Azam Khan was disqualified after being convicted in a hate speech case last month.

There was less than 40 percent voting in the bypoll with the Samajwadi Party alleging its supporters were prevented by the administration and the police from voting.

BJP’s win in Rampur, SP's traditional turf with a sizeable Muslim population,  comes as a big setback for the party.

Azam Khan and his family have won the seat for consecutive terms since 2002.

From 1980 to 1993, Azam Khan himself won the seat on tickets given to him by different parties.

Samajwadi Party legislators had on Tuesday disrupted proceedings at the Uttar Pradesh Assembly, alleging the "murder of democracy" at the bypolls in Rampur Sadar.