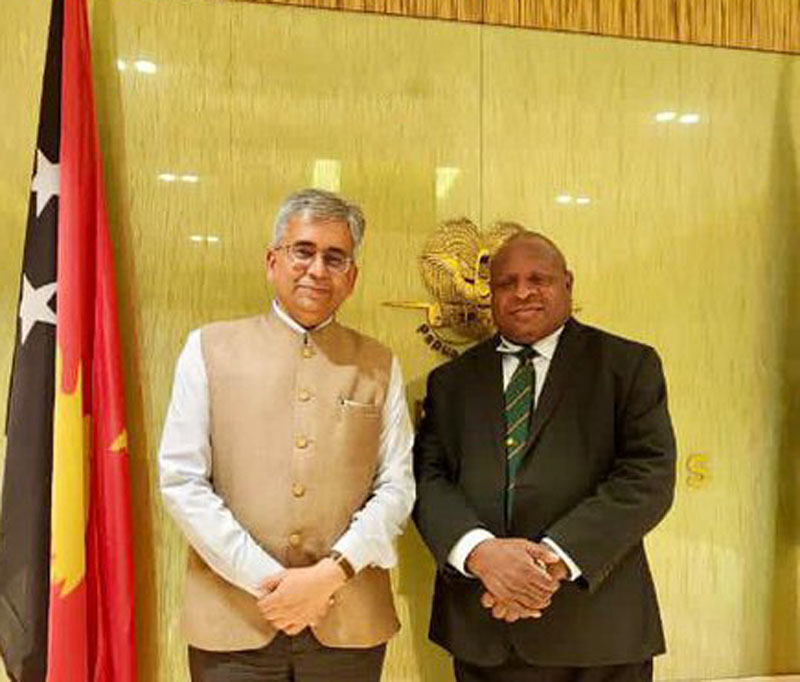 New Delhi: The first round of Foreign Office Consultations (FoC) between India and Papua New Guinea (PNG) was held on Dec 5 in Port Moresby.

During the FoC, both sides reviewed the entire gamut of bilateral relations, including development partnership, and political, economic and cultural ties, read the Ministry of External Affairs said.

The two sides exchanged views on regional and global issues, and cooperation in multilateral fora.

They also discussed the joint hosting by the two countries of the 3rd Summit of the Forum for India-Pacific Islands Cooperation (FIPIC) to be held in Port Moresby.

Secretary(East) paid floral tributes at the bust of Mahatma Gandhi and unveiled the plaque at the Centre for Excellence in Information Technology (CEIT), established by Government of India in the University of Papua New Guinea in Port Moresby.

The Centre offers specialised training programmes in Information Communication and Technology (ICT) to the local population.

It was decided to hold the next round of FoC in Delhi at mutually convenient dates.