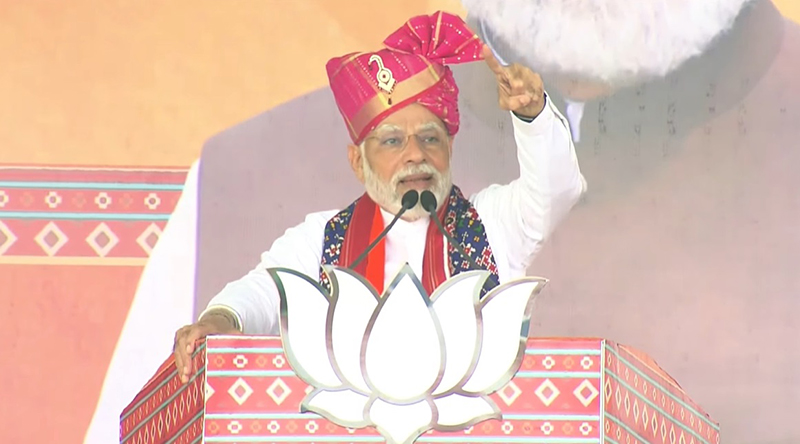 The Prime Minister has implied Kharge made the remark as per the instructions of the top brass, which is believed to be led by Sonia Gandhi-Rahul Gandhi.

Modi said, "The strength that Gujarat has given me troubles Congress. A Congress leader came here and said we'll show Modi his aukat in this election. The Congress felt still more needs to be said, so they sent Kharge here."

"I respect Kharge but he must have had to say what had been asked. Congress doesn't know that Gujarat is a state of Ram bhakts. Here he said Modi is Ravan with 100 heads."

Earlier this week, Kharge had said from a rally in Ahmedabad, "Modi ji is Prime Minister. Forgetting his work, he keeps campaigning in corporation elections, MLA elections, MP elections, everywhere...

"All the time he's talking about himself - 'You don't have to look at anyone else, just look at Modi and vote'. How many times do we see your face? How many forms do you have? Do you have 100 heads like Ravan?"

The first phase of elections in Gujarat is underway on Thursday with 89 seats up for the grab.

The second phase of polls will be held on Dec 5 while the results will be declared on Dec 8.