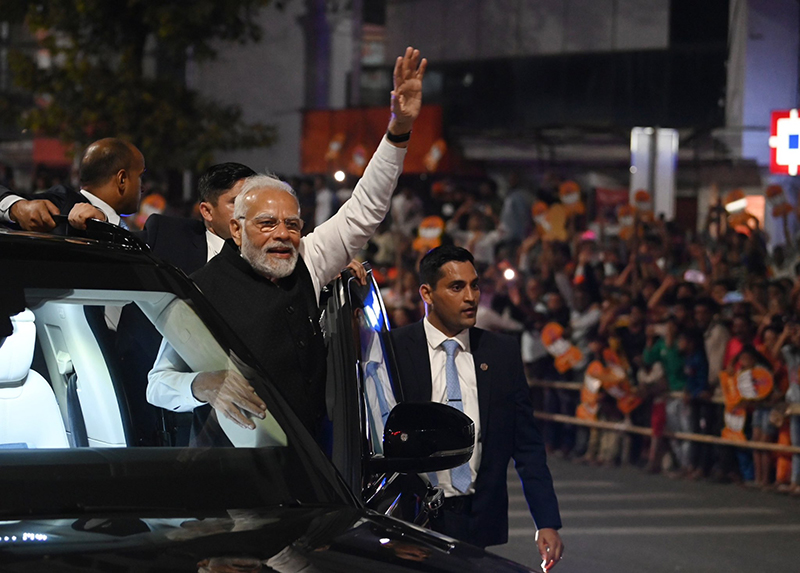 New Delhi/UNI: Prime Minister Narendra Modi urged Gujarat voters to exercise their franchise in record numbers as the state goes for the first phase of the assembly polls on Thursday.

"Today is the first phase of the Gujarat elections. I call upon all those voting today, particularly first time voters to exercise their franchise in record numbers," the Prime Minister said in a tweet.

Meanwhile, voting for the first phase of polls began in 89 assembly constituencies spread across 19 districts in Saurashtra Kutch and southern parts of Gujarat.

The ruling BJP is looking forward to a record 7th successive term in the state.

The state that traditionally has been the battlefield between two parties, BJP and Congress, has witnessed the entry of a third party, the Arvind Kejriwal led Aam Aadmi Party for the first time making it a triangular contest.

Nearly 2.39 crore voters are registered in the first phase of polling in the state. The voting is scheduled to end at 5:30 pm.

Out of 2.39 crore voters eligible to vote in the first phase, 1.24 crore are male and 1.15 crore are female voters. The number of third gender voters is 497.

The second phase of Gujarat polls is scheduled on December 5. The election results will be announced on December 8 along with Himachal Pradesh's.