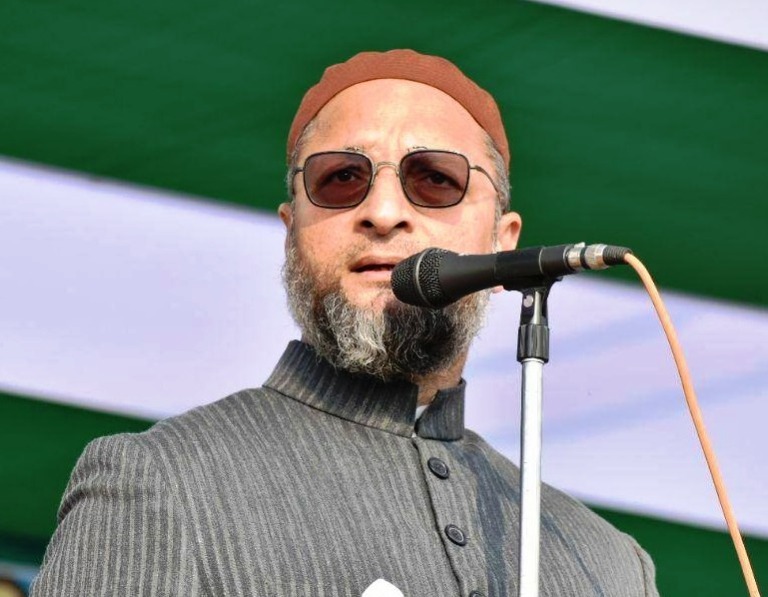 AIMIM chief Asaduddin Owaisi has lashed out at Union Home Minister Amit Shah who on Friday said the Bharatiya Janata Party (BJP) brought peace in Gujarat teaching a lesson to the rioters post 2002 communal clash that had put the then Modi administration under the scanner.

Speaking at a rally, Owaisi said, "Amit Shah today said that their lesson to the rioters in 2002 established peace in Gujarat. I want to tell the local MP and India's Home Minister that he had taught a lesson that Bilkis' rapists will be freed.

Shah on Friday said anti-social elements earlier indulged in violence in Gujarat as the Congress supported them but after the perpetrators were "taught a lesson" in 2002, they stopped.

"During the Congress rule in Gujarat (before 1995), communal riots were rampant. Congress used to incite people of different communities and castes to fight against each other.

Through such riots, Congress had strengthened its vote bank and did injustice to a large section of the society," the Union Home Minister said.

Shah claimed that Gujarat witnessed riots in 2002 because perpetrators became habitual of indulging in violence due to the prolonged support they received from Congress.

"But after they were taught a lesson in 2002, these elements left that path (of violence). They refrained from indulging in violence from 2002 till 2022.

"BJP has established permanent peace in Gujarat by taking strict action against those who used to indulge in communal violence," he said.

Parts of Gujarat had witnessed large-scale violence in 2002 following the train burning incident at Godhra railway station in February of that year.