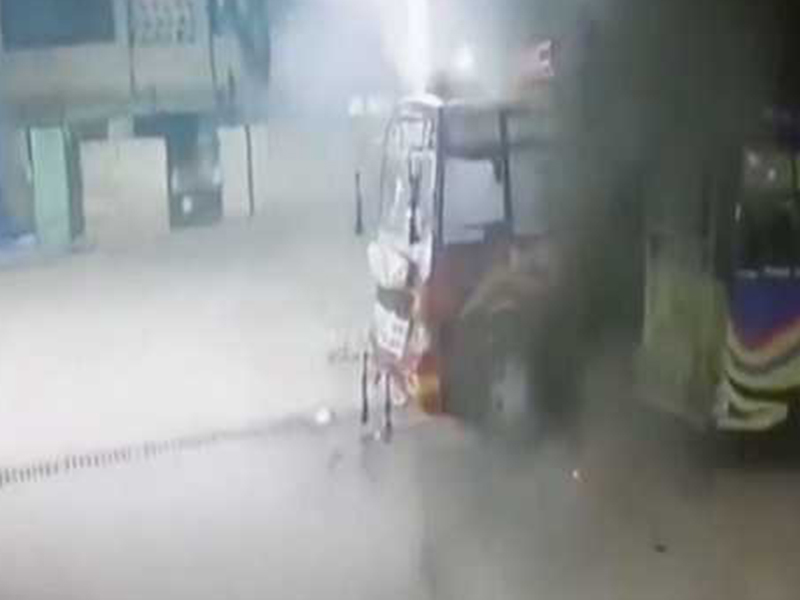 Kashmir: Second blast in bus in less than 8 hrs

Jammu/UNI: In less than eight hours, another blast early morning Thursday in a bus rocked the Udhampur district of Jammu and Kashmir.

Police said that a mysterious blast took place in the stranded bus at the old bus stand.

Late on Wednesday night, two people suffered injuries when a mysterious explosion took place in the bus parked near Bus Stand at Domail.

He said that an explosion took place in a parked bus last night at around 10:30 pm near a petrol Pump at Domail Chowk, Udhampur in which two people sustained minor injuries.

"The matter is under investigation," said the top cop.