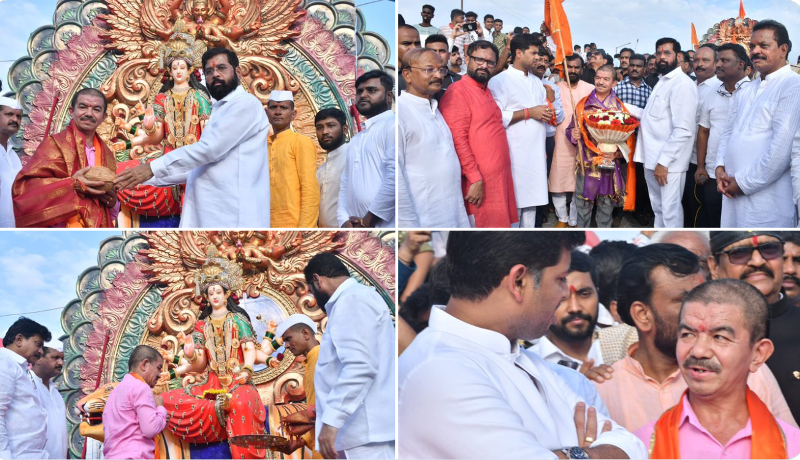 Thapa served Bal Thackeray for 27 years at his residence Matoshri until his death in 2012.

He helped Thackeray with his daily chores and would even receive his phone calls and pass on his messages to whoever called him.

Even Sena president Uddhav Thackeray, Bal Thackeray's son, recognised his devotion by keeping Thapa by his side while performing the senior Thackeray's last rites.

Raje, who had been in Matoshri for at least 35 years, also attended phone calls on behalf of senior Thackeray.

On Monday, Chief Minister Shinde, who is also an MLA from Thane, welcomed Thapa and Raje to his camp by offering them shawls and greeting them.

"Champasinh Thapa, who is considered the shadow of Shiv Sena chief Balasaheb Thackeray and Moreshwar Raje, who served for a long time on Matoshree, today announced his decision to support us in the arrival procession of Durgeshwari Mata of Jai Ambe Charitable Trustee in Tembhinaka," a translation of Shinde's tweet in Marathi read.

"On this occasion, both of them said that they will stand firmly behind the person who is carrying forward the ideas of Hindutva of Shiv Sena chief Balasaheb Thackeray," he added.