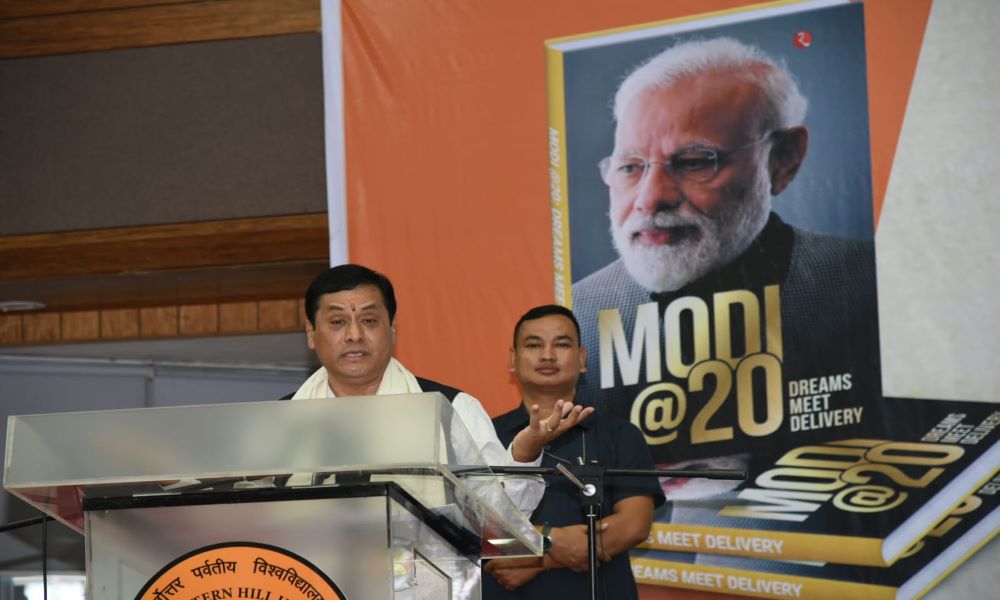 The discussion in the seminar was around the book “MODI@20: Dreams meet Delivery” which is a compilation of chapters authored by eminent intellectuals and domain experts who wrote about the transformation that Narendra Modi brought in the last 20 years.

“The transformation of India, which we have experienced under the dynamic leadership of our Prime Minister Narendra Modi is phenomenal and historic. His leadership has inspired a billion people to work together and build a newer India that is proud, powerful, and prolific. India today is growing multi-dimensionally," Sonowal said.

The book was forewarded by Bharat Ratna and legendary singer Lata Mangeshkar, who passed away in Februray this year.

The seminar was inaugurated by lighting a lamp by the Union Minister along with other dignitaries.

"The grand vision of Narendra Modi for India is coming into shape but we have much to achieve under his able leadership. The motto for all of us, that Modi ji has given, ‘Sabka Saath, Sabka Vikas, Sabka Vishwas, Sabka Prayas,’ is a clarion call to immerse ourselves into the cause of nation building and give shape to a New India.”

Recalling his days in North East Student Organisation (NESO), Sonowal said the power corridors in Delhi lacked any interest in the northeast.

"All this changed since 2014 when Narendra Modi took over as the leader of the country. The Northeast from yesteryears has now been honoured as the Astalakshmi of India and the new engine of growth in a New India," he said.

The honest effort from the government, at the behest of the Prime Minister, has now slowly but incessantly brought down that spirit of alienation.

We have always been proud citizens of India but, today, we have been given respect and equal opportunity to be a part of nation-building, he added.

Praising the prime minister's approach to development, Sonowal said, "Modi has shown us how to commit to the cause of nation-building. Modi has given us a shining example of commitment to work that we must all attempt to emulate. This will be a great multiplier in building our new India. The power of youth is critical in shaping the true nature of a country.

"Modi has understood it and hence, he is making an earnest attempt to reach out to the younger generation and youth of the people in order to make them partners in building our nation.”

The Seminar was also attended by many student unions.

The Union Minister was also felicitated by the student bodies during the Seminar.