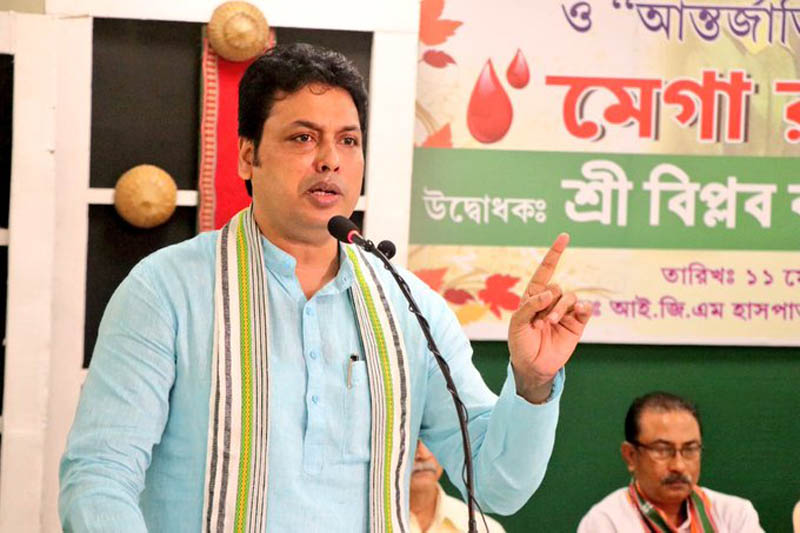 New Delhi/UNI: The BJP has announced former Chief Minister Biplab Kumar Deb as its nominee for the forthcoming by-elections to the lone Rajya Sabha seat in Tripura.

The seat fell vacant following current Chief Minister Manik Saha's resignation after he was elected as an MLA from Town Bardowali constituency.

According to a communique issued by BJP's national general secretary Arun Singh on Friday night, Deb's name was approved by the party's Central Election Committee for the RS bypolls from Tripura.

The development comes hours after the BJP appointed him as the party in-charge for Haryana.

"Gratitude to PM Narendramodi Ji, BJP President JPNadda Ji and Home Minister Amit Shah Ji for nominating me as a BJP candidate for Rajya Sabha MP from Tripura," he wrote in a tweet.

I am committed to work for the development and welfare of Tripura and it's people. pic.twitter.com/7K4ZloW1Vt

Deb said he is committed to work for the development and welfare of Tripura and its people.

The by-elections will be held on Sept 22 from 9 am to 4 pm, and the counting of votes will take place the same day.

The last date of filing nomination is Sept 12.